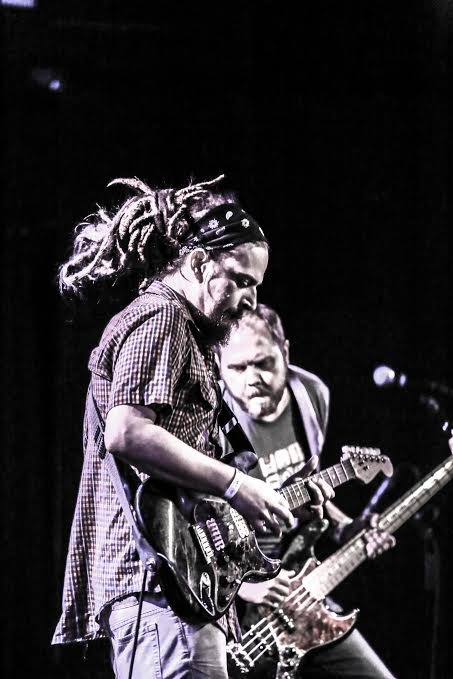 All photos by Trystan Trenberth

Kevin Loyd – vocalist, guitarist and banjo extraordinaire for Phoenix rock group Banana Gun, firmly believes songwriting can happen in a variety of different ways. But if you ask Loyd and the rest of the Banana Gun crew, there is only one way for them to record a truly great album… live.

“We are still perfecting our studio recordings,” Loyd said. “But playing live, that’s easy for me. There’s no wrong way or right way to record an album; we just did what worked for us. I love the experience of this last record.”

Banana Gun’s bassist, Ross Troost, said the group had talked about doing things a little differently when they went into the studio to record their latest album, Love.Instinct.

“We wanted to bring more of the live element, do as much of the songs as possible live,” Troost said. “We are a high-energy, grind-it-out band. I’d love to say we stepped up our game with this record, but we really just played to our strengths – playing live. We talked to the record label about doing this record live, and they told us, ‘If there’s a band out there that can do this, it’s you.’”

Another of Banana Gun’s strengths is everyone has a part, and additional members Ian Breslin (drums), Nic Dehaan (guitar and vocals) Kyle Scarborough (sax and vocals) get a say in what the group does, and how the songs are performed.

“We’re all big fans of music,” Troost said. “We hang out, even when we’re not playing – talking about music, talking about new ideas. I like creating. I love practicing, creating new things… working on something new. Everybody in the band contributes, and I think because of that, we’ve put together some really great stuff.”

Loyd said the group loves to try their songs in new ways to make something new.

“The best idea wins,” he said. “We’ll try any song 15 different ways to see what works best. When you create, you are super excited about it, but you’re never sure what other people will think. And performing live – seeing them move, connect; to spark some form of real emotion from them… your ego can be very fragile. We hope they love music as much as we love doing it. It’s a weird thing: you play for yourself, but not entirely. You’re never completely satisfied – that’s why you keep doing it.” 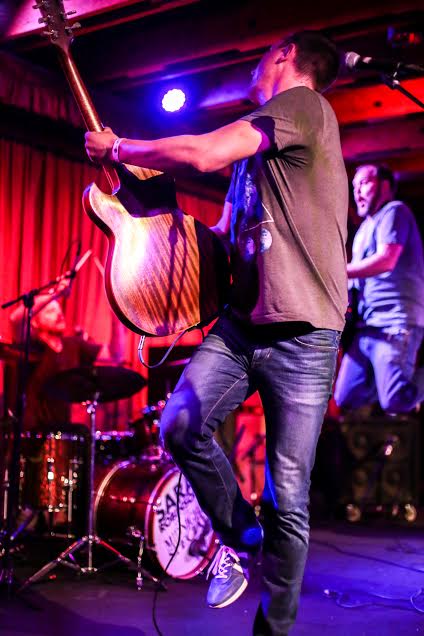 Banana Gun has something in their album for every fan in the crowd, from blues to funk, and plenty of rock and roll.

“I’m willing to bet there’s something for everybody in what we do,” Loyd said. “I feel like I’ve done my job if someone leaves our show and is humming one of our songs the next day. I want to make music I would go out and listen to. If it ever becomes a grind, I don’t want to do that.”

Not only is Love.Instinct a fantastic display of the powerful live energy Banana Gun brings to the table, it shows a great versatility for the group. There is plenty of harder, faster rock to go around, like “Don’t Gimme No” and “Got Time,” as well as a quick rhythm with a ‘baby, please come home’ message in “Cats and Dogs.” The group also adds slower, more emotional ballads, like “Broken Arm” and “Dynamite the Mountain.” The album even ends with a fun, lighter ukulele sound with “Never Quit Loving You,” complete with kazoo interludes for the melody.

This album, and all the variety and energy it brings to the table, is a powerful example of what Banana Gun is capable of. Go check out their album. Better yet, go check them out live.

Banana Gun has plenty of shows coming up where you can see them live. They play the Apache Lake Music Festival October 24-25, as well as the 2014 Summer Ends Music Festival Friday, September 26 in Tempe. You can also see them at Oktoberfest by Tempe Town Lake October 10-12. Banana Gun’s 5-year anniversary show will be at Last Exit Live December 6, when they also plan to record new music, as part of that celebration. But for now, check out Banana Gun this Saturday, August 23rd at the Tempe Center for the Arts, where they take the stage for the evening along with Pistoleros, Tenia Sanders, and Old Jack City. 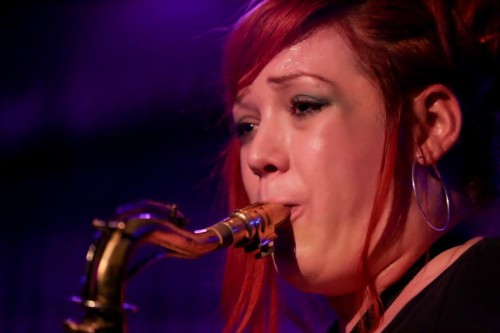