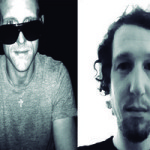 “Gangster and the Guru”

The perfect surprise requires both the thing you never expected and the exact thing you wanted, usually without knowing that you wanted it. “Gangster and the Guru” is my summer’s perfect surprise. I’ve been a fan of Passage (Anticon/Restiform Bodies) since ways back and when I found out he teamed up with Ma Bell (Lymbyc Systym/Crystal Castles/Her Space Holiday), I found the hiphop track for every summer playlist. Exactly what I wanted and didn’t know I wanted. And, what’s more, the single promises an album later this year. We’ll keep you posted on the album and, until then, you can listen to “Gangster and the Guru” here. You can also catch the pair live at the Blunt Club at Yucca Tap Room on August 21st so mark your calendars! 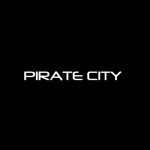 The Doyenne fashions his personal brand of “Electroclash Hip Hop” with an extra layer of sass for everyone who likes a little swish with their swagger. “Pirate City” is a tune for all you Glamazons out there who like to start (or end) the day with a smooth flow. If you dig Phoenix’s own Doyenne, don’t hesitate to delve into the further reaches of his repertoire on Bandcamp here.  The Queen I & II  and Body of Work, two earlier full-lengths from the artist, are available for streaming and purchase. 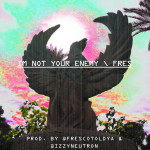 “I’m Not Your Enemy”

Everyone has haters that could benefit from a couple listens to the latest single from FRESCOTOLDYA (a.k.a. FRES which stands for Forming Rhymes & Ending Separation) with a message that, at heart, reads “move over or move on.” With a strong sense of lyrical structure and hip flow, “I’m Not Your Enemy” doesn’t have the flash of a lot of hiphop tracks making the rounds these days, but it holds the listener to the end with its mellow movements. Listen (and download for free) here. 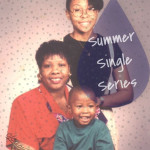 With the Tindr generation at large, it’s refreshing to find an artist that takes a different approach, granting precedence to religious beliefs over the hit-it-and-quit-it attitude of many hiphop lyricists. Tucson artist T-Wade does just that on his summer single “Verbalize”, combining a mellow beat and a Christian message. “Verbalize” is part of T-Wade’s “Summer Single Series” which also includes the tracks “All or Nothing” and “Freedom” – all of which can be heard on Bandcamp here. 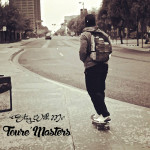 The Sam Smith’s song “Stay with Me” is playing on every radio station and provides an excellent vehicle for local artists to throw down their own style on the tune to introduce overlapping fans to their own work. Toure’ Masters offers listeners a powerful delivery in the not-quite-a-cover of “Stay with Me” while adding his own lyrical spin. Toure’ Masters’ “Stay with Me” will make my summer playlist. You can listen and download the track here.