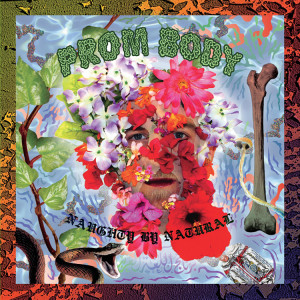 I first hopped on the Prom Body train when I came across Creep the Strange (their 2013 full length) last year. The brainchild of Tucson’s Michael Fay also of Sleep Like Trees and Pollution Solute, Prom Body has recently been enjoying some early attention for the new album from the press including Spin, Vice, and NPR. By the time the full release dropped last week, I already knew the words to a couple early singles including “My Paradise” (a personal favorite).

Naughty By Natural was released to anxiously anticipating fans at Topaz on July 29th. The album opens with “Never Ever Mind” and as soon as the distorted heavy beat at the beginning gives way to guitars, I was hooked. There is a garage feel to the whole album that can be heard from the get-go with its warm fuzz and dirty edges. “Guttuggering” moves beyond the boundaries of pop into the realms of the experimental. At other times, tracks like “Snake at the Gate” definitely break from the confines of distorted dream pop to bring out more of a punk influence that will have you cranking the volume up.

Prom Body albums are a solitary venture for Fay who writes and records on his own, only bringing in other players for live performances. Right now, the band is out on tour so their enjoying an extended run of shows. If you missed the kick-off, you still have a chance to catch them live in Phoenix on their way back through. They’ll be playing Last Exit Live on August 14th so mark your calendar! In the meantime, listen to Naughty By Natural here. 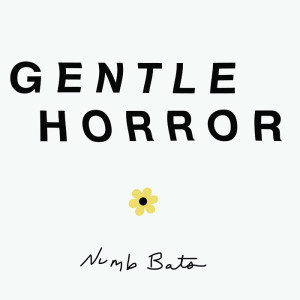 The trio known as the Numb Bats combines the talents Emily Hobeheidar, Mo Neuharth, and Sophie Opich to create angsty numbers you’ll want to sing along to. The band has just released their full length album of “desert gloom dream pop” at the Crescent Ballroom before launching on their first tour.

Gentle Horror kicks off with “I Don’t Know Why”, demonstrating the harmonizing prowess of the group. The song quickly ends and “To Die” starts up with the band’s grunge-influenced pop sound. “I’m Broke” brings these two distinctive elements, harmonies and musicality, together for quintessential Numb Bats: something forceful and edgy and totally present tense.  “Tummy So Hungry” is the first single from the album. This track demonstrates the band’s unusual approach to lyricism. Minimal and intentionally puerile, the words are more suggestive of poetry or dreams than clearly identifiable experiential matters.

Although I’ve been told that the Numb Bats don’t really consider their sound “surf,” songs like “Doctor 5” and “The Other Angry Woman” remind me of Man or Astro-man? and other surf-inspired acts. Recorded by Eamon Ford of Nova Joven and mixed by Fredrick Huang of Of the Painted Choir, the album really speaks to the splendorous possibilities of home-recording in the modern world. You can preview and purchase Gentle Horror here. The Numb Bats should be back on home turf here soon. You can catch them live in Tucson at Club Congress on Aug. 15th and at the Rhythm Room in Phoenix on Aug. 31st. 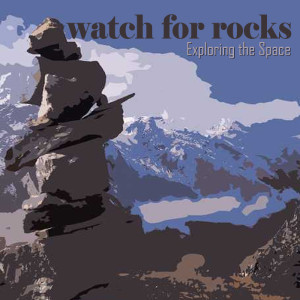 The melodious pop punk of Watch for Rocks is not really pop and not really punk, but falls somewhere beyond clear categorization. Space synth rock? Radio-ready indie? Nothing really fits, but they all come close and therein lies the modge-podge of influences that coalesce into the diverse sound of Tempe’s Watch for Rocks.

The album opens with “Welcome to Earth”, a fun number that calls to mind the tradition of popular Arizona acts like Jimmy Eat World or even the Gin Blossoms. There is a playfulness in the musicality. It doesn’t take itself too seriously all the time which is something often overlooked by other indie acts these days. I guess that makes sense for a bunch of rock hounds turned bandmates… and, I mean, rocks like geology, not music. Well, probably both, considering. Anway… “Capsize”, the second track, definitely has that radio-friendly indiepop sound. There are strong visual moments found in the lyrics of Exploring the Space, but, more often, the album comes across as a pep talk to a downtrodden friend.

The album rapidly changes gears on certain tracks like “Whiskey Red” (when Andy takes vocal lead). Sarah, the album’s prominent vocalist, threads the tracks together, but the album has the occasionally uncohesive moment. Don’t get me wrong, song diversity is great, but not when it conflicts within the confines of an album. Tracks like “Volcano” and “Party on Pluto” strive to find fusion between these two points. “Coldest Night of the Year” wins out for my favorite song on the album, but there are several tracks that had me hitting repeat. You can hear Exploring the Space here and purchase your very own copy. Watch for Rocks is a band you want to hear live and you’ll get your chance on Aug. 22nd at The Rogue Bar in Scottsdale.