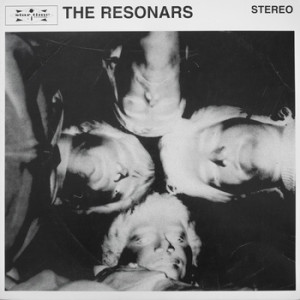 This morning I woke up in the year 2014, listened to an album from 1998 that sounded like it was recorded in the 1960s. I think I’m going to need another cup of coffee to get my head around this… (Sip) Ahhh, that’s better.

Yep, that’s what the self-titled LP from The Resonars did to me and I loved every second of every track. Sans going into every song, tracks that are sonic and bombastic and harmonically terrific, this is the kind of record that defies time. Although The Resonars do have a very distinctive 60s psychedelic sound, it sounds like it “belongs” in that time period. Yet, at the same time, it has a place in today’s Spotify rotation. It’s crazy, really.

Throughout the record one can hear the bands that have influenced the Resonars: Jefferson Airplane, The Beatles, The Byrds, The Hollies, among others. Yet, there is a distinct thread of modern rock that is woven throughout their rhythms (I definitely heard Nirvana in one track – Good thing). And if “Dark On You Now” doesn’t have the jangle of early REM I don’t know what does (Good thing). I just love bands like The Resonars. Defying every convention. Finding inspiration in everything. And turning out songs that one can listen to over and over and over and over. At least, I could. I’m glad I discovered this record. Take a listen for yourself and maybe you will, too. Listen here. 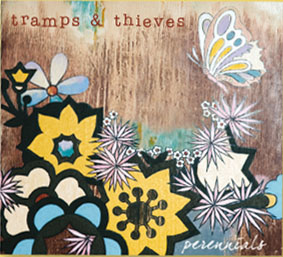 It’s been six years since Tramps & Thieves released their last album, but once word reached me that the band has been in the studio finishing tracks for a new release due out later this month, I had to revisit Perennials. From the start of “Whole Lot Worse” I was ready to dance with the reckless abandon of a drunk twenty-something let loose on the world. Maybe that’s because when I first got my hands on this album, I was a drunk twenty-something. Or maybe it’s because the rustic roots sound of Tramps & Thieves’ bar-tested-and-proven Americana fosters this urge in all listeners.

Either way, by the time I hit “Ages” I was in full on jam-mode, constraints of my 30s be damned. Perennials was released back in 2008 and marked a third release for the band. It’s an album you can revisit years later (or discover for the very first time) without feeling its time has come and gone. Picking a favorite track might be beyond me. With two different vocalists sharing the task, Tramps & Thieves conveys two different voices, lyrically and sonic-ly.  “Whiskey & Wine” pulls at the heartstrings in a much different way from the introspective tugging felt on “Washington Bullets”.

Perennials closes down with “Unfortunate Souls” – a bar ballad that must be experienced live for authenticity. When the crowd joins in, the energy instantly transforms any venue. You can stream songs from (and purchase) Perennials here. And tune in next Wednesday (Aug. 6) to Rise! on Radio Phoenix where we’ll be joined by Tramps & Thieves to discuss their forthcoming album and maybe even preview a few new tracks!

Noisy, bluesy, rock-y, shoegaze-y, and just gritty as all get out, A. Rae Valkonen, aka White Dress, from Austin, Texas, is a terrific sound attack on not only the ears, but the soul. With help from Nathan Campbell, organ, Grant Van Amburgh, drums, Valkonen, who handles her guitar with the deft of an angel in some cases, and the virtuosity of the devil himself. In this case, herself.

The first track, “Light Hearted”, is both beautiful and airy, Cowboys Junkies even, and it, in my opinion, is the perfect track to lead this effort off because the music lulls you into a ethereal space and then before you know it the next track, “Wearing Red” busts you in the chops with it’s affected vocals, dark subject matter and gritty gritty gritty guitar. “Solid State” takes on a 60s vibe with organ taking the lead, softly leading us through the song allowing the lyrics and Valkonen’s black songbird voice to come shining through. And speaking of lyrics, the entire EP is a delight to those of us who appreciate great writing There are some wonderful lines like, “He doesn’t love me. He’s just in it for the kill. Careless on my shoulder. Confused me for his mother”, off the track, “The Kill”, which is terrifically frightening thanks to, oh that Fender Reverb, and a voice that conjures up the best of Patti Smith, and much more recently, Courtney Love.

While the first four songs are quite tidy bits of bombastic delights, “Five Feet of Road” finishes up the EP and is the longest of the tracks. And thankfully so. It’s here we see Valkonen’s gift for storytelling, and thank you thank you thank you for adding that solid steady beat to give me the blues/rockabilly this coming of age journey needed. You can listen to White Dress here. A. Rae Valkonen has since moved to NYC and started performing under the moniker Arum Rae. You can check out her latest single “Gold” from that new endeavor here.