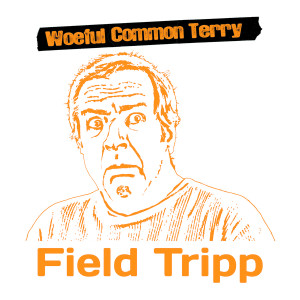 I haven’t even had time to grow tired of Field Tripp’s last album, Les is Mormon, when already I have a new EP available for my listening pleasure. Thanks, Field Tripp, for considering my needs as a fan. Two releases in one year? And it’s only July! At this rate, the band still has time to put out one (or two) more before the new year. Alternative rock with a Tripp-y core, the band’s music provides the perfect accompaniment for those lazy, chemical-infused evenings wherein your thoughts are free to meander through the squishy crags of your own brain. Opening Woeful Common Terry is the track “Generous Folks” and vocalist Dan Tripp establishes himself as the perfect voice to navigate those hallucinatory hallways of Field Tripp’s alt-country psychedelia. “Shotgun in the Hole” has that acid flashback level disorientation before giving into the fuzzy fields of sound that engulf the listener on “Good Ideas”.  Cassidy Hilgers of Sister Lip fame joins the band for the closing track, “The Awards Ceremony”; a stellar number which has thus far proven to be my favorite song from the new EP. Woeful Common Terry was released this past weekend at the Rogue so if you missed the show, you missed a party, but don’t panic just yet. You can still score your copy of the EP here where it is also available for streaming. 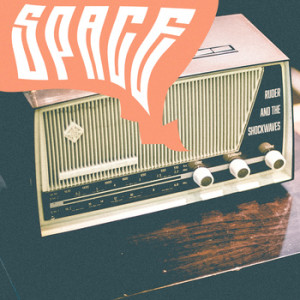 If you’re looking for a great record to sit back to as it takes you for a ride, Space, from Ruder & The Shockwaves will take you to wherever you want to go. This 5-piece outfit from Santa Fe, New Mexico comprised of Matt Ruder (guitar), Dan Mench-Thurlow (tenor saxophone), Nicholas Quintero (bass), Darrell Luther (keyboards) and Marcus DiFillippo (drums), can really lay a groove that I simply could not get enough of – quite frankly. OK OK OK, yeah yeah yeah, I hear you, progressive rock/jazz fusion might be running all over the fret board and keyboard with dizzying scales, and yes, with tracks as long as 5+ minutes, it can get a bit tedious for the ear, but these guys have a take on the genre all their own. The opening track, “Leaving The Planet”, is a terrific arrangement that evokes bands like Yes and early Emerson, Lake and Palmer, (holy cripes did I just date myself or what? [Sen. Eds. note: No, Frank, you didn’t, kids of all ages love these bands. YES and ELP forever!!]), but listen closely, there’s a modern twist – and it’s these twists and turns that kept me interested. “Cobalt Blue” is my favorite track as it pays homage to the great Frank Zappa with its very quirky lead guitar and very spot-on horns. Then, it’s busts into a lounge keyboard riff that comes out of nowhere to turn the song into something else entirely, and then the guys bring it back again. Now, that’s Jazz.“Roseburn”, the last track, gives us that classic Jazz sound led by some wonderful keyboards and brass. Add the grungy guitar and then blazing lead and back again, and you’re ready for take-off. Great job, guys. You can stream and buy Space here. 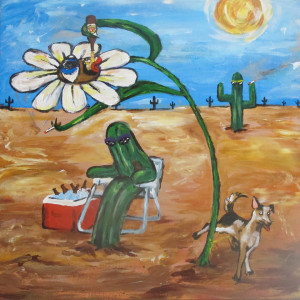 Garage surf pop just goes along with summer like rocket pops and carcinogenic sunburns. Maybe that’s part of the reason I’m super enjoying this upbeat, punk-tinged EP from Lawnchair. The band’s self-titled EP, released earlier this year in June, is fun and feisty and, right about now, I’m kicking myself in the ass for not making it out to the show. The four-piece comprised of Anthony Thrailkill (guitar/vocals, CJ McNichols (drums), Nick McKee (bass), and Nathan Elizondo (guitar) create a buoyant summer grunge sound. Opening with “Generator”, Lawnchair sets an energetic pace that will bludgeon those indoor blues as temperatures continue to rise. “Lunchtime” keeps the momentum going. You won’t find any slowed down ballads on EP. Each track dedicated to “girls, food, Arizona and self-loathing” found on this debut release packs a powerful pop punch. The band will be performing live on August 12th at Yucca Tap Room with Those Darlins and Diarrhea Planet, both out of Nashville. For more info on that show, head here. You can purchase/preview the EP by Lawnchair here. 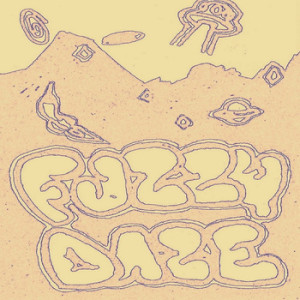 There’s a lot to like about this 3-track EP by The Fuzzy Daze from Dallas, Texas. I mean a lot. But unfortunately, it’s not enough to win me over. I really dig the whole “Lo-fi” thing they’ve got going on, but, come on now, are we not over that yet? Haven’t The White Stripes and The Black Keys got this genre covered? I’ve been upfront about this style of music: I like it, but the old blues Masters did it over a half of a century ago before modern bands got a hold of it, including legends like The Yardbirds, et al, and did it better. Back to what I like about The Fuzzy Daze: They have put themselves out there. Wrote some tunes, recorded those tunes and sent them into the world. And, you know what? That’s half the battle. Wait, that’s the whole battle. Dear TFD, It’s not that the stuff is bad, it’s that it isn’t original – you got the huevos, now it’s time to find your voice. Get back to writing, get back into the recording studio and show us what you got. Judge for yourself here.