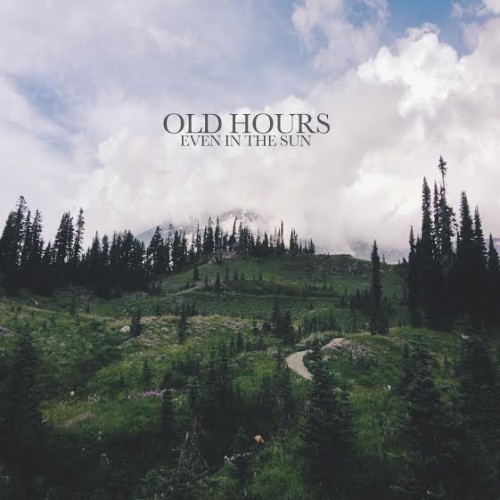 Nathaniel Walberer and Anna Carlson want to not only tell a story, but also connect with everyone who listens to their music. And with the vast range of attitudes Old Hours display over the course of their album, Even in the Sun, every one of those listeners are sure to find something that will resonate.

Walberer (acoustic guitar, drums/percussion, vocals) and Carlson (vocals) say we are all on a constant emotional cycle, and odds are, at least one song on this album will truly hit home.

“Somber, sad, angry, hopeful… You may like all of our songs, but we hope you connect with them – grab something to like and feel connected to, wherever you are in life,” Walberer said.

Setting the Tone From Life

While many groups may tell a story in a song, Old Hours go beyond individual stories. They each flow easily with one another throughout the album, only in a way you may not expect.

Many of the songs from Even in the Sun have different moods and tempos, some of which stand in stark contrast to others, but they all make perfect sense. For example, the album begins with a faster-paced, carefree style, the songs all but invite you to jump in the passenger seat and follow them on an adventure. While in a few songs’ time however, the album suddenly takes on a slower, more somber tone. The songs open up about sadness from loss and separation from the one you love most.

Toward the end of the album, the lyrics and spirit of the songs slowly start to turn back toward hope and trust – as if the songs ask the listener to let them in; ask them not to be afraid to open up once again. They acknowledge how difficult this can be: “It’s not easy for me, / It’s not easy for you.”

It seems as if the group was chronicling the wide range of life experiences everyone goes through over the years: rites of passage from young, fearless adolescence all the way to pain and separation. And while we still wear those scars of loss, before we reach the end, we meet someone – or experience something – that convinces us to lower our guard. We are told the scars are okay, everyone has scars from someone or something. But as Old Hours say in their album’s title track, it is okay to trust again: “Come close, come near/ And I will show you all I fear.”

“When I’m writing a song, I already have the essence of what I want the song to be,” Walberer said. “I’ll even just have ideas in my head, and as I’m playing around on the guitar, I’ll come across a melody that would fit my idea perfectly.”

Walberer said the trickiest part of songwriting is the fear of not giving enough to the song. 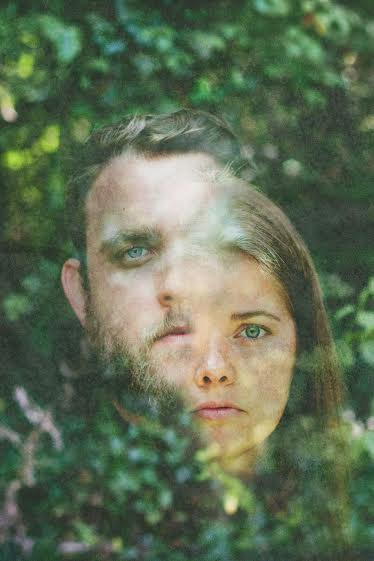 “I listen to other bands and lyrics, and they are often straight to the point,” he said. “When I’m writing, sometimes there is hidden meaning that isn’t necessarily straight to the point. I’m always wondering if they’ll find it and if I’m being too elusive with some words. Any time you make any kind of art, people will try and translate what the artist is trying to say. There’s always the question of, will they grasp onto the song’s original idea?”

Walberer said the group definitely writes about past events and experiences, but in a new way. Like after a bad end to a relationship, some may write and look back on the breakup bitterly or with anger.

“I tried to write differently, from a new point of view,” he said. “I take the hopeful emotions from that. I felt like it was going to turn around – it was going to be okay.”

Not Afraid to Start Fresh

Now Walberer and Carlson are putting themselves out there in a new way – the duo has packed up everything and left Phoenix to head out east to call North Carolina home.

Carlson said one of the main reasons for the move is to get the group’s music out into a new part of the country.

“We hope to find a good home here for our music,” she said. “We are trying a new place, looking for a change… It was time for both of us to start a new adventure.”

Walberer said while there is obviously a little fear heading into a new environment, they are both very excited to join the local music scene, all the while building a local following, and a network of other performers to put them on the right track to grow even bigger.

“We’re kind of excited for that,” he said. “We are starting to think in a different way… We want to reach more people. We were doing that in Phoenix, but we wanted to set the bar high, give ourselves a new challenge.”

The band mates featured on the album Even in the Sun – Tyler Yates on electric guitar, Michael Carteron on banjo, Jared Kaiser on drums, and Jason Richard on lap steel – did not follow the duo to North Carolina, but Walberer said they hope to bring them along when they head out on tour later on.

From telling stories which can relate to everyone in different ways to branching out to a new part of the country, Old Hours continue to raise the bar, and challenge themselves in new ways.

“We always want a new challenge – to make a change,” Walberer said. “Why not change as an artist? Why not challenge yourself with a new environment? As long as we play for as many people as we can, we are living that dream.”