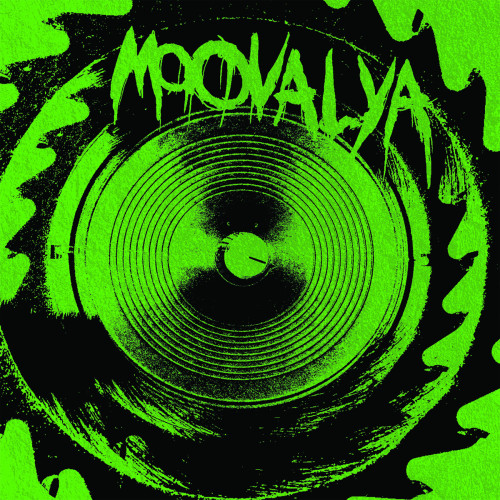 Phoenix punk rock group Moovalya is proud of its new EP, Sixer. With these songs, the performers are pushing themselves musically, and staying true to their high-energy live shows – not to mention their love for the music.

Ben Jones, guitar and vocals for Moovalya, said the group got great feedback from their last album, which also was a great showcase of the power and energy they show during their shows. He said they used that same energy they give to the crowd live to record Sixer.

Jones said in their EP Sixer, the group wanted to push the boundaries of the music as far as they could with their instrumental talent.

“This is really pushing it for us,” he said. “We’ve accomplished so much – we’re happy with what we’ve done.”

Moovalya bass player and vocalist Sean Stroud said you can always listen online to any group, or buy their album and listen to them at home, but seeing a group truly shine live onstage is what performing is all about.

“Playing live is everything,” Jones said. “If we were a studio band, cutting and pasting the tracks together, we wouldn’t be on tour. For the punk community – for the music community – it’s all about live music. We may be tired, it may be a Wednesday… but going to the show and shelling out the tunes – we love it. We go to bed, wake up, and do it all over again.”

Jones said another great part of Moovalya is when it comes to playing and songwriting, everyone plays their part, and has an input.

“We all come to an agreement before any song is recorded,” he said. “Everyone helps with their input, and it all shows through in the song. That’s one of the things that work with us – we give our own two cents’ worth.”

Stroud mentioned the group has struggled in the past to get radio time on local airwaves – sometimes with little success – and Moovalya is not the only group with this issue.

“So many talented bands never get the spotlight because they are not what the industry wants you to hear,” he said.  “I say, open your horizons. Be more outgoing to new things, rather than just what’s on the radio.”

Stroud said there have been more ways than one the members of Moovalya have worked to prove themselves in Phoenix, more than once giving CDs away for free, just so everyone they met and talked with walked away with something from the group.

“They appreciated that,” he said. “It really meant a lot to them.”

The fans also appreciate the group remains true to its roots. Stroud mentioned the lines from their song, “Straight Into You,” where they say, “There’s only one band, there’s only one sound,” and said that speaks about the group’s refusal to change to fit in to what someone else wants them to be.

“I got grief for being a punk band – I was told it wasn’t the scene,” he said. “That line – one band, one sound – it’s just who we are. We’re not going to change for anyone. We stuck to our roots – the genre we loved – and tried to make it ours.”

This coming September, tens of thousands of fans will pack up and head to Quebec, Canada for the Enrol et Macadam Festival. This urban festival boasts indoor and outdoor shows, and has been a mainstay in Quebec City since 1996. And as a part of the festival, PLANETROX – a worldwide music competition – seeks to discover the best new bands and expose them to a wider international audience.

According to the PLANETROX website, the competition received original song entries from bands across Canada, France, Great Britain, Germany, Czech Republic, Japan, China, Indonesia, Mexico, and the United States. And the winners chosen to represent the US proved to be none other than Arizona’s own Moovalya.

“Playing something like that… it’s crazy!” Jones said. “We want to give them the best experience. Going on tour is one of the most fun things we’ve ever done – as long as you’ve got skateboards and beer, you’re good for however long you’re out there.”

For more information on Moovalya and their new EP, Sixer – available for preview & purchase here.