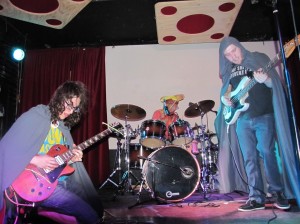 Day Before Plastics. All photos by Paul Golfen.

In the middle of his band’s raucous set, Travis of Japhy’s Descent stood onstage at the Rogue Bar, talking into the mic and taking in the excited crowd,

“Congrats to Day Before Plastics,” he smiled while tucking his long hair behind his ears. “That’s why we’re all here, isn’t it?”

The crowd cheered in approval, but the release party for Day Before Plastics’ debut EP felt more like a celebration of the entire Tempe music scene than any one band (and yes, the Rogue is technically in south Scottsdale, but lets not get picky). Long Wongs and The Sail Inn may be gone, but the band’s are still going strong, and this Friday night show would have done either venue proud.

Fresh from his own Rogue release party last week, Field Tripp lead singer Dan Tripp kicked the night off, playing songs from his great new EP, Woeful Common Terry. The performance showed off Tripp’s impressive vocals, pulling off that great trick of always seeming like his voice might crack, but never going over the edge. 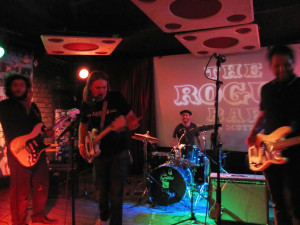 Tempe fuzz rockers Lawnchair hit the stage next, playing a blistering set of their short, sunny and very catchy tunes. The group’s self-titled debut is one of the finest local releases of the summer, and the reckless energy of those six songs translate even better on stage. Guitarist Anthony Thrailkill and Nathan Elizondo traded spazzed-out guitar licks while bassist Nick McKee used his massive pedal board to twist the sound into new areas of fuzz.

“There’s a lot of people from Long Wongs here that I haven’t seen in a long time,” said lead Thrailkill, in one of his frequent talks with the crowd. “And that makes me very happy.”

No Tempe showcase would be complete without a performance by Japhy’s Descent, the hard rocking foursome that have been a fixture of the scene for years. With their near-constant show schedule, its no surprise that they can play an effortlessly tight set, filled with wailing guitar solos, funky basslines and one of the finest drummers in town. 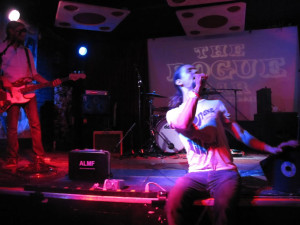 Lead singer Travis (they don’t give out their last names) commanded the stage, twisting the mic cord around himself as he belted out each bluesy number. He ventured into the dancing crowd, stood on amps and basically did all the things you’d want out of a frontman.

At one point the band brought some folks onstage, handed them pots and pans and asked them to stand around James the drummer. He then proceed to lay down a rolling drum solo using anything that was pointed towards him, whether that was a saucepan or a giant tambourine, without missing a beat.

By this time, the Rogue was nearly packed with a happy crowd, all waiting for Day Before Plastics to hit the stage. When they did, guitarist Travis Snowberger and singer/bassist Dominick Provenzano were decked in their usual green cape and cowls, while drummer Chris Zagami wore a hot dog headpiece and keyboardist Tim Provenzano sported a wizard hat.

These costumes wouldn’t work for most bands, but they were somehow perfect for DBP, who play a mix of classic rock and indie, with a nice dash of 70s prog. 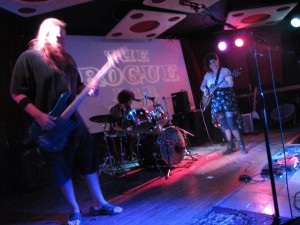 The band ran through the five tracks from their EP Physical Garbage, kicking things off with the groove-heavy “Waste,” which highlighted Snowberger’s impressive guitar skills and Provenzano’s talents as a singer. The band sounded skillful and excited as they blasted through the rest of the record, as well as showcasing some new songs, including a catchy tune about hot dogs, which went toward explaining the drummers headwear. Their high-energy set came to a triumphant end as they led the crowd in a chanting singalong, with everyone swaying their hands in the air.

It was a tough act to follow, but The Woodworks were up to the challenge. Lead singer and guitarist Solo Lounsbury took charge of the room, blasting the crowd with her soulful vocals and blistering guitar work. The band pounded through songs like “Oxytocin” and “The Lake,” with drummer Konstantin Bosch hammering out complex rhythms and their thundering bassist Steve Beer laying down heavy grooves.

An album release show is meant to be a celebration, and Friday night’s show certainly was. Not just a celebration of the great new record by Day Before Plastics, but of the whole scene that helped make that music happen. The places might change in Tempe, but the music will remain, stronger than ever.

For more on Day Before Plastics, check out our “Hidden Gem” feature on the band here. 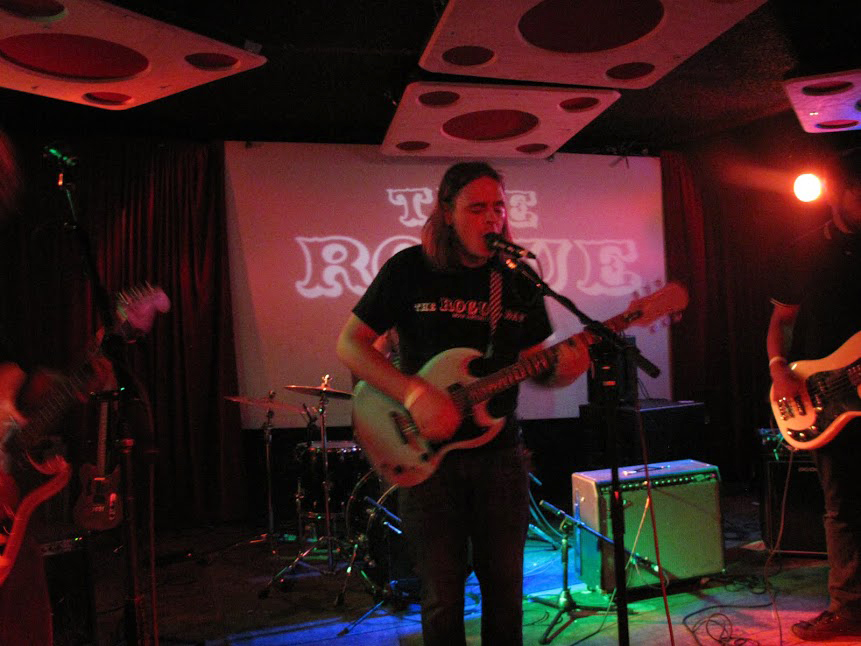 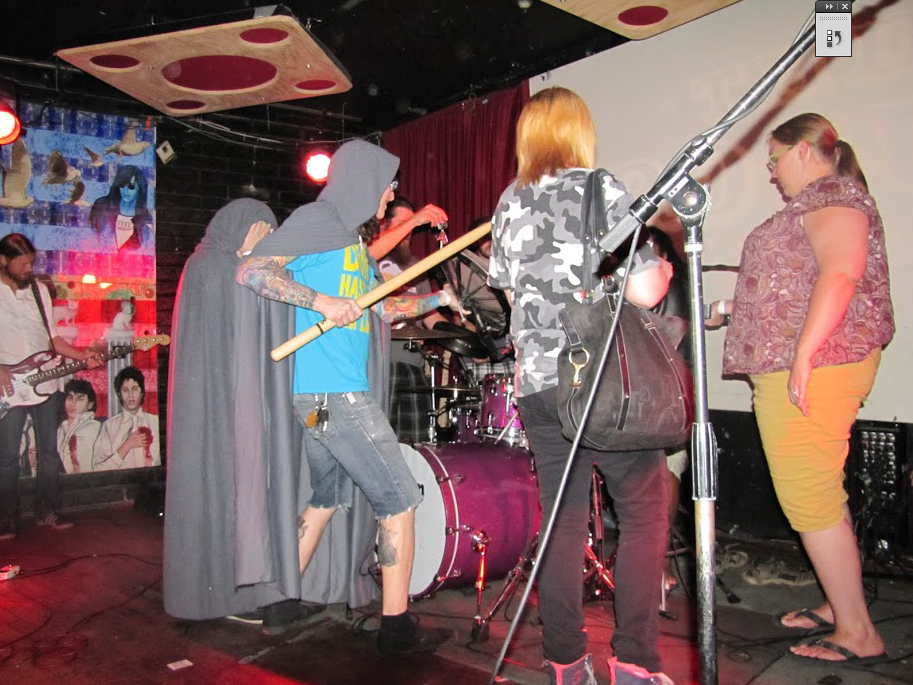 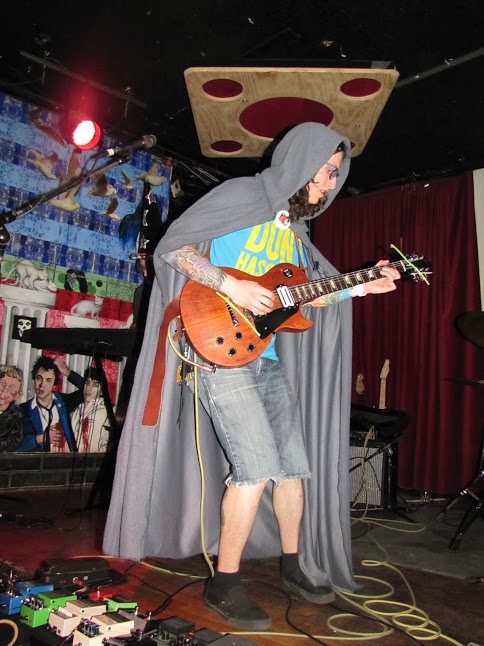 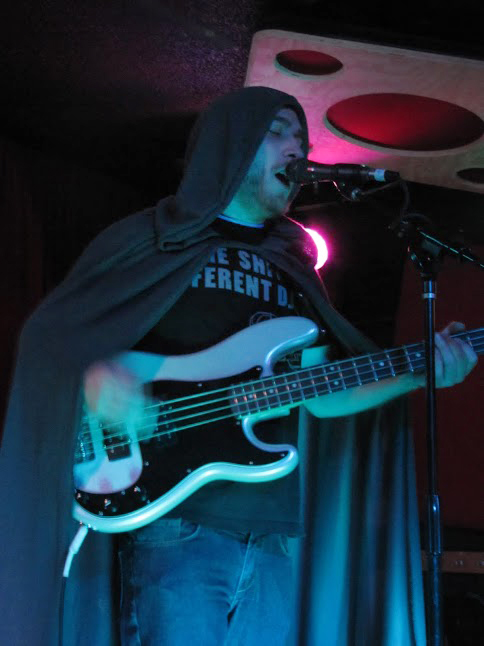 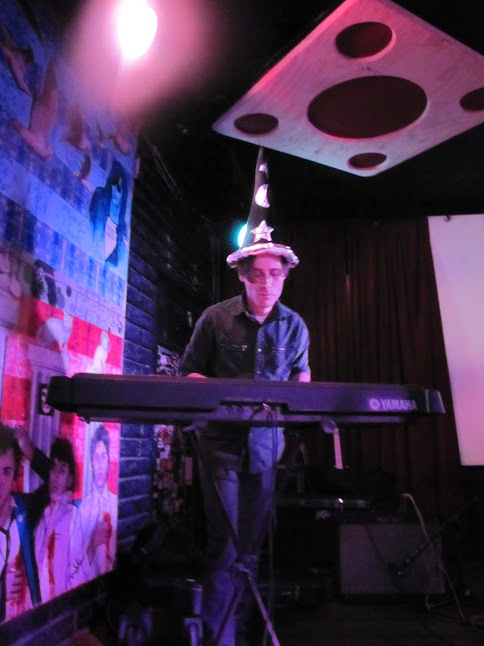 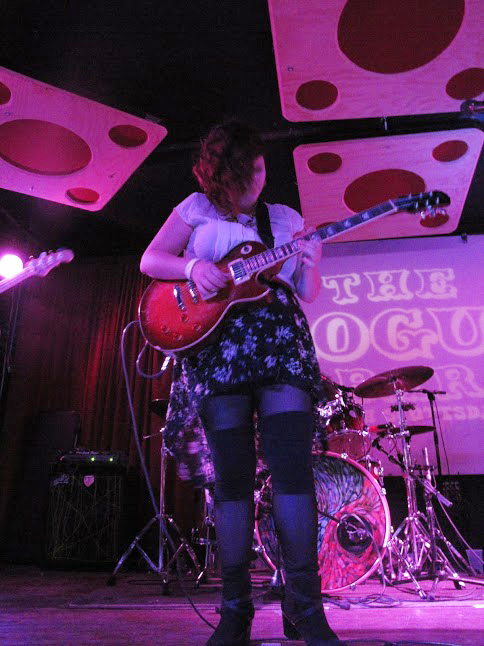