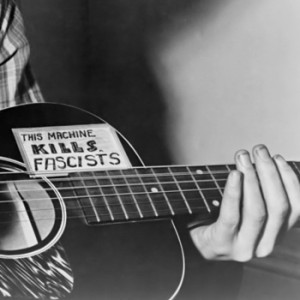 Woody Guthrie should be required listening for all aspiring musicians or, better yet, every young American. On this tribute to Guthrie, Would he?, we find many charming ditties from the Guthrie songbook that you won’t find on any “Best of” album. One of the aspects I like most about Would he? is the sense of community found within its collected voices. There is a real sense of community, of present-ness, when Dan of Field Tripp fame decides to invite his friends to record a tribute album. There are vocal performances from an array of local talent including Anamieke Quinn (Treasurefruit), Tim Allyn (Bad Neighbors/Echolalia), and Danger Paul Balazs (Danger Paul… obviously). “Pastures of Plenty” has a stand-out performance from Carol Pacey, the Valley’s own Americana sweetheart, but “Hobo’s Lullaby” is a personal favorite on this collection. Anthony Fama adds his own vocal flair, not just delivering his best Guthrie impression, which is bold (because how can you do it better than Woody?) but successful. I was surprised to see a couple of names from the local music community that are usually on my side of the line. Of course, I’m speaking of Mitchell Hillman and Jeff Moses which only goes to confirm my belief that every music critic should keep a place for Woody in their hearts. Sink into 17-tracks of Guthrie goodness with Would he? here. 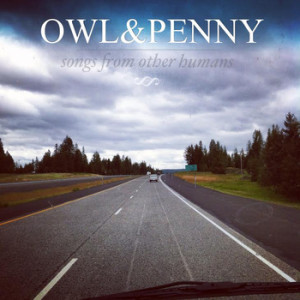 Songs from Other Humans

In my experience, bands are often hesitant to identify influences when discussing their work. Whether from concern of being readily identified as derivative or at simply having far too many merging influences to name, they shy away from naming names. A cover album is, in a way, an affront to this notion. Embracing musical influences and even going so far as to reinterpret the music that speaks to them. Owl & Penny does this beautifully on Songs from Other Humans. “Moonbeams” is a stunning number originally written and recorded by Phoenix’s Sareena Dominguez. I was a fan of the song to begin with but this new rendition captured it in a whole new light and reinvented my adoration. “Let Go” is another favortie from Songs from Other Humans, the humans in this case being Frou Frou. And, of course, I love cover of The Smiths’ B-side track, “Please, Please, Please Let Me Get What I Want”. The album also introduced me to new artists like Jónsi and his song “Hengilás”. Listen to Songs from Other Humans here. 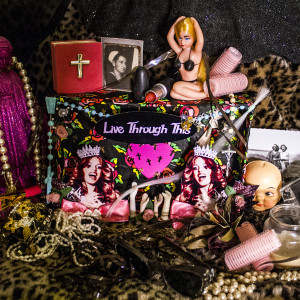 Live Through THIS!: A 20 Year Anniversary Tribute To Hole’s Best Album

I don’t know what wins out on this album. My appreciation for all things 90s, the era I came of age, or my deep-seated love of kitsch. Both elements come heavily into play on Related Records’ tribute to “Hole’s Best Album” featuring an electric assembly of artists brought together by the Phoenix label. Opening (of course) with “Violet” by Fancy Pants, I was thrown into a minimalist, Casio-accompanied version of the growling 90s anthem every fourteen year old girl I knew could (and probably still can) belt out the lyrics too. The theme continues throughout all 12 original tracks re-envisioned through Related Records’ distorted glasses. The album has some genuine moments worth remembering, (i.e. Andy Warpigs performing “Asking For It”) as well as some best forgotten. Some local all-stars from the Related Records camp make an appearance like Treasure Mammal who performs “Doll Parts”, one of the original singles from the album. Hi My Name is Ryan closes the album with “Olympia” in an abrasive manner true to Hi My Name is Ryan style. If Hole’s Live Through This heard through a contemporary, experimental filter of strange sounds up your alley, then this album is for you. Others enter tentatively warned. I, for one, will be sending it to everyone I went to middle school with – Go Wildcats! Listen here. P.S. I’m all about the Live Through This alter assembled on the cover of the album.