The surreal electro space pop of Somos Dios oscillates between disembodied soundscapes and something lurking closer to a more familiar indie-rock style heard on songs like “Search” and “The Verge”. At the same time, songs like “Giants” and “Quietues” push the boundaries of traditional structures in lieu of something a bit more experimental. “Time, Place” achieves a careful balance between these two competing ideas: the tradition and the avant-garde. The lyrics have a decidedly dark element that is well-paired to the melodies, sweet but haunting. Just listen to “The Verge” or “Relapse” or any of the other songs on Awake. David Drew, the musician behind Somos Dios, first caught our attention while in the band Quick Henry and can now also be seen performing with What’s the Big Idea. We’re definitely digging this solo excursion into new sounds under the moniker Somos Dios. Listen to Awake here. 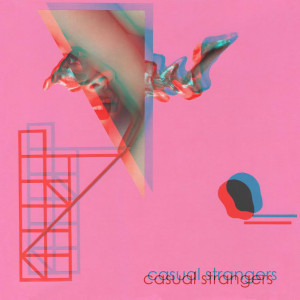 The art-rock four-piece out of Austin known as Casual Strangers has a Western sensibility woven into the dreampop fabric of their music. “Tune Your Brain” opens their self-titled debut album and I was instantly struck by the psychedelic meanderings that added a dynamic element to the track, elevating both the song and the listener. Casual Strangers is not afraid to get strange, mixing spoken word with rock hued with elements of New Wave, Prog, and even some 90s guitar rock. Songs like “Space Blues” and “Caribbean Cask” carry the listener to the furthest reaches of the galaxy for some spaced out jamming. A journey you definitely want to be on. I’m partial to the blues-infused “Don’t Worry About A Thing”, but “Put Your Mussy On My Mussy” definitely made my next party playlist. You can decide for yourself which style slant on Casual Strangers you prefer. Listen here. 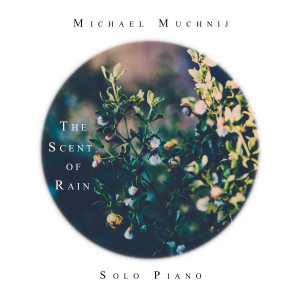 The Scent of Rain

Growing up in Arizona, like Michael Muchnij, I can relate the magical suspension of reality that overtakes the desert when rain actually falls from the Sonoran sky. The Scent of Rain is a collection of solo piano pieces although it seems as if Muchnij himself is a person of many talents as well as instruments. The album opens with “Another Life” – an uplifting, refreshing breezy track that gives way to the slightly more pensive, but no less joyful, “Morning Rain Reverie”. The album has its darker moments. Songs like “Fields of Black and Grey” and “Across the Sea” both possess a soft somberness that envelops the listener. “Dying Embers (Darkness Approaches)” also has a darker connotation but, as you listen to the song, you discover it really is more a flight of fancy as night settles, and not a real threat. The album closes, appropriately, with the sound of rain (spoiler alert). Listen to The Scent of Rain here.