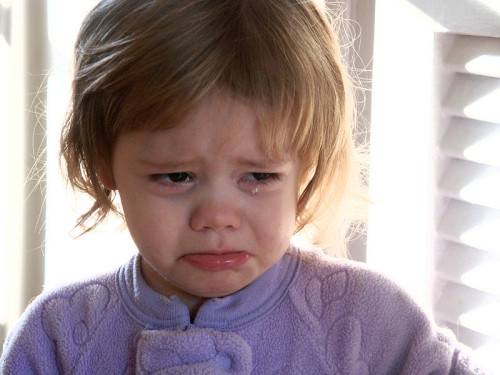 Right before I started writing this, I was set-off by a discussion I overheard. Two musicians were talking, more like whining, about how and what they needed to do to get “signed”.

After about 10 minutes of them whining, I mean talking, about how unfair it was that “this” band or “that” band got signed or was on a big tour, I had to get out of earshot or I was going to tell them what I am going to tell you, me, and all of your friends’ bands: You’re not going to get a record deal so get the fuck over it.

1 in over 35,000. Let that sink in for a second. How many bands did you play with last weekend? Last week? Month? Year? Your parting gifts are on your way out.

Sounds grim, right? And it fucking is. In fact, did you know that the bands that are selling the most records, most digital downloads, selling the most concert tickets have members that are over 40 years old? And that was in 2011. There’s a simple reason for this: all those fans out there – 20 to 30 somethings – have zero money to spend on new music and it’s their parents who are actually spending money on music. Additionally, these little parent-lechers are pirating more music than they are purchasing. Effers.

Bleak, right? Lemme give you some more bad news: That is your demo unless you are writing and recording adult contemporary. (Don’t laugh, there’s huge cake in that…)

Some more news: Unless you are freakin’ original, like White Stripes original (they weren’t, Son House did it first, did it better, lookitup), labels are not interested in you. Sorry, again, the world doesn’t need another <insert genre here> band. Or unless you have mad connections within the industry you’re not getting a sniff of the lavender incense in their bathrooms. And, did you know, right now, there are thousands of songwriters, huddled away in studios across L.A., N.Y. and Nashville writing the next hit song? There are. While collectively we struggle through our 9-5 day job, they are writing the next big hit so why o’ why would the record companies need any of us and our originality.

And, again, no matter how many “local stages” you play whilst the “major label” band is playing some 500 yards away from you on the big stage with real sound, real lights and really good booze backstage, you aren’t going to get signed.

Pissed off yet? Good.

So before you place all of your gear on Craigslist, there is a very bright light at the end of the tunnel, and best of all, you can go tell the record industry to stick their label up their arse.

NEWSFLASH: This is one of the best times to be an independent artist. For reals, it is. You don’t need to be signed. You don’t need the gods of music to affirm you of your talent. There is so much technology at your fingertips that you can literally get your music heard, and sold around the world. And, you especially don’t need their BS when it comes to telling you what to play and how to play it (We interrupt this rant to bring this news: Record execs spend on the average, 3.5 seconds, that’s right, seconds listening to songs…but we’ll get back to that). And, when it all comes down to it…eff ‘em.

Here’s the thing: what is success to you? Seriously, what is that? I bet you it isn’t a hit single or a worldwide tour, it isn’t fame and fortune. Right? Anyone? OK, you in the back, GTFO.

To most, I wager almost all, it’s the art form that’s most important to you, not getting signed. Oh, sure, that’s a bonus, but then haters will hate and you will hate that.

Act as your own label. Let’s say you have a record label and your client is your band. Would you be on Facebook all freakin’ day, or would you spend every last waking hour trying to get your client noticed? OK, OK, you got a job, so you got band mates – get everyone involved. It’s a business. Treat it like one. Or it will be a hobby, and that’s cool with me, as long as that’s what it means to you.

Email music blogs. Put your stuff on Reddit. Get it out there and let the masses take hold of it.

Play somewhere else except Phoenix. Yes, we love you, but, seriously, we can only buy your music one or two times. Go out and see the world. Go to L.A. or New Mexico for a weekend of shows. Colorado. Anywhere but here. Then when you’re there you will be in front of people who don’t know who the hell you are and wham! Instant awareness.

There are local bands, many I admire, that get into their crummy vans and drive thousands of miles from state to state, venue to venue, risking breaking down in the middle of BFE, (you know who you are and pretty please stop doing that it makes everyone back here nervous), and play, sell albums, and get “known” all without being, “signed”.

Turn your fans into your best distribution center. OK, and here’s one of the easiest ways to get your stuff distributed without lifting a finger: Ask your fans to do it for you. Screw it, give your fans access to your music (digital download cards) and tell them everywhere they go hand them out. Why would this work? Have you heard of a musician called the Sugarman? Yeah, there’s a movie out there. It’s about a guy who recorded a couple songs and a bootleg tape went from New York to South Africa and he became mega-huge there without lifting a single finger. THAT’S WHY.

Next, did’ja know there’s a service that works in conjunction with YouTube that automatically shares your video accordingly to the “Tags” you assign to it? Yeah, there is. Why aren’t you using it? There’s a cost, 134 bucks or something, but instead of buying that ninth Fuzz pedal you’re only going to return because you don’t really need it, why not invest in something that might just actually make you money?

OK, so now you’re emailing the entire music world, your sharing your videos, you have a video, right? Sheesh, put that on your list.

Sell your stuff online. Bandcamp, Soundcloud, et al. Let the fan determine how much to pay – and while you’re at it – why not give it away – but tell people to share it – I mean, they’ll figure a way to pirate anyways, might as well get some help distributing it, right?

Licensing is a big deal these days. Movies, TV shows, sitcoms and others need music to play under the crap they’re calling movies, TV shows and sitcoms – but at least the music is good, right? Well, there are a couple of really good services out there. Stop whining about the cost, it’s one or two less rounds of drinks for the entire band at your next show.

OK, OK, guy in the back who is determined to get a record deal…here’s what you should be doing.

Do your research. Don’t be sending your pop punk music to an indie or hip-hop label. Sounds elementary, but I’m just sayin’. Learn the demo policy. If they want AIFFs, don’t send them an MP3.

Back to the “the record exec listens to a demo for about 3 seconds before hitting next”. That means only send songs that rock from the first note – they say three at the most. Don’t worry, you can do you power ballad after you get signed. (I mean you’re not gonna get signed, but if you want to go through all of this crap this is the thing to do.)

So yeah, that’s my advice. Oh I hear ya, you’re saying if I’m so smart why aren’t I doing all this stuff? Who says I ain’t? But I’m not fucking getting signed anyways so whatever.

Again, no matter how many “local stages” you play whilst the “major label” band is playing some 500 yards away from you on the big stage with real sound, real lights and really good booze backstage, you aren’t going to get signed. I’m not saying your band shouldn’t play these events – they should – I would – but just be sure that you have a good mindset going into the gig. Read: No delusions of grandeur.