Holy crap. It’s been a frickin’ year since Rubber Brother Records appeared outta nowhere (not quite) and completely changed the game of the Tempe/Arizona/entire DIY music scene, and I must say, I am continually impressed with these young folks and their relaxed determination. I mean for crying out loud, they released 50+ tapes in one year! Gage Olsen, Robbie Pfeffer, and the hosts of volunteers/supporters that help manage this 1 year old label deserve (at the very least) a tip of the hat, a wink, and a handshake.*

A trip over to their website will show you that they are indeed not flashy and definitely not trying to impress you. You just gotta get it, man. We at YabYum certainly smelled what they were stepping in and unashamedly have written many an article on the RBR Crew including (but not limited to): Rubber Brother Records Bringing Back the Tape Trade, Rubber Brother Charges On, Rubber Brother Dropping Tapes Like Skittles, and during our Awards month Most Innovative Undertaking: Rubber Brother Records. I knew we weren’t the only ones showing the Rub Bruv love, so I wanted to find out who else had been showering praise of the all mighty glory that is Rubber Brother.

Of course The Phoenix New Times and their blog Up On The Sun released a bevy of articles on Rubber Brother (although they each release the articles separately with differing headlines): Rubber Brother Records Wants to Help Local Acts Help Themselves/Rubber Brother Records Gives Fans and Bands Something to Be a Part Of by Troy Farah as well as No Rubber Brother Fest’s Cassette Releases Aren’t About Nostalgia/”Why Buy Cassettes in 2013? They’re “Trading Cards for Your Favorite Bands” by Serene Dominic are quite informative reads. Jeff Moses also contributed to Up On The Sun with PHX FMLY FEST – Downtown Phoenix – 12/27/13 a great piece about the RBR-hosted mega-concert event.

And while Cassette tapes enjoying a comeback, thanks to Tempe group in the Wrangler News written by Chase Kamp caught me off guard, perhaps the most surprising is the not one but two articles found on azCentral about Rubber Brother – Tale of the tape: Cassettes making comeback locally by Ryan Van Velzer and another Serene Dominic piece Plugging into Phoenix Music: Rubber Brothers festival.

Good god, man! I have seriously lost track as to how many articles that is. And please keep in mind that these are articles written solely about Rubber Brother Records’ label itself. Articles written about the actual bands/releases that are associated with Rubber Brother must by now be in the hundreds and span around the globe.

The funny thing is that I undoubtedly missed some of the press that came out too, there’s just that much of it. With current releases from The Daddyo’s, TK and the Irresistibles, Sundressed/Owl & Penny, and the final album from Of The Painted Choir, Rubber Brother Records assuredly shows no signs of slowing down or stopping anytime soon. I look forward to Year Two!

*Or perhaps an engraved knife? 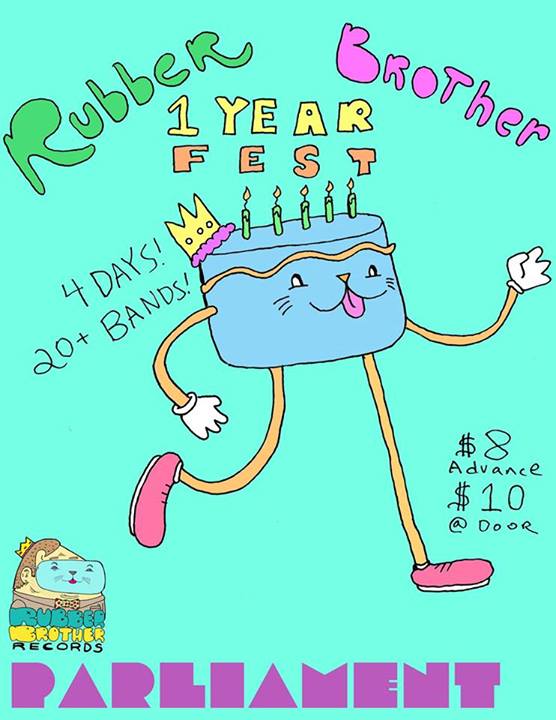