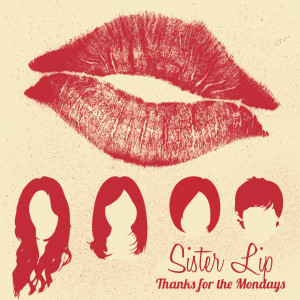 Sultry soul rockers Sister Lip unveiled their first studio album just a couple short weeks ago and I’ve snuggled with the repeat button ever since. The group has already established quite the steady following among local music aficionados.

For fans of the band, you might already be familiar with the songs heard on Thanks for the Mondays not only because they’ve appeared on earlier (home and live) recordings from the band. For the true blue fans of Sister Lip, you’ve probably heard these songs at one of their Monday night music sets. Sister Lip held an extended Monday night residency at the beloved (and former) Tempe dive bar, Long Wong’s. They helped shut down the establishment after a reign of Mondays that lasted well over a year and named their album in homage to the era.

To properly celebrate Thanks for the Mondays, Sister Lip took over the Sail Inn for two nights of festivities with some of the Valley’s finest performers including The Sugar Thieves, Japhy’s Descent, Sunset Voodoo, Bacchus and the Demon Sluts, Andy Warpigs, TKLB?, and the list just goes on and on.

Opening the album is the track “Sue” which is also featured on Sister Lip Un-plugged from last summer. As soon as the vocals of Cassidy Hilgers come in, you’ll be hooked. Hilgers has some versatile and powerful pipes perfectly matched by the jazz-rock-funk infusion that defines the Sister Lip sound. Jenny Rebecca (keys, backing vocals) and Ariel Monet (drums), with Cassidy also on guitar and newest member Emily Schalick on bass, provide the solid musicianship that can be clearly heard by the listener both in recordings and at live shows. No one-trick-ponies here.

Sister Lips offers up some sweltering numbers like “Sex Song” and “Bedhead”, but I think my favorite track from the new album is “Hello Sir”. I love the added vocal layers on the latest recorded version off Thanks for the Mondays.

A classy cover of “I Put a Spell on You” makes its way onto the album, slowed down and Sister’d up from the Screamin’ Jay Hawkins hit. Closing the album is fan favorite “Pure Honey”. Every time the band performs this number, the energy in the room picks up as soon as the bass line starts. I’m pleased to report the recorded version elicits the same response.