James Fella. I run a label, Gilgongo Records, which turns 10 years old towards the end of 2014. There have been about 70 releases featuring a wide variety of artists from across the continent (Arrington De Dionyso [of Old Time Relijun], Sissy Spacek, Wounded Lion, Shearing Pinx, Zs, Woods, Raccoo-oo-oon, Gay Beast to name a few) and from Arizona (French Quarter, Pigeon Religion, Vegetable, Mallevs to name a few more). Most of these have been records, though with an occasional CD release thrown in when it seems practical. I’m particularly fond of lathe-cut records, so there have been a handful of them as well (though as they are extremely limited discs which are hand-cut in real time – they usually come and go very quickly).

Gilgongo is completely devoid of any “genre” label, though I often see or hear the label tagged as “experimental”. It is essentially just me releasing things that I enjoy and am fortunate enough to, as I come across them. Punk, No-Wave, Folk / Singer-songwriter, Free Jazz, noise-core, garage, pop-punk are all “genres” which have found their way onto Gilgongo releases.

I also record and perform (under my own name) and with a few groups. The solo material is generally considered to be “noise”, though I find myself most recently referring to it as “sound work” because the output can be extremely varied (some recordings are more ambient and serene, others may be much more intricate and textured, some do veer towards more of a harsh sound but I think “noise” is fairly vague and inaccurate).

Soft Shoulder is a band that I have been doing since 2006. Essentially a “punk” band, the context has always been one that is strongly influenced by no-wave, riot grrrl and at times, free jazz. When the original line-up deteriorated towards the end of 2008, it continued on with other people and has gone through 4 or 5 line-ups since then. Some versions have been with musicians whose’ abilities far exceed my own and others have been intentionally formed with people who did not know how to play (so that the music could be more raw and stripped down and also to give people an opportunity to try something new and grow).

A lot of the recordings are just me, for example: there are 3 7”s coming out this fall and aside from a couple of minutes total between two of them, the material is all stuff that I did on my own. They are a fairly obnoxious and hard to listen to trio of releases, in some ways, and I’m really excited about them. I’m also working on a 12” that has 4 tracks which were recorded with Stephen Steinbrink and Paul Arambula. It’s the complete opposite, very nice sounding and listener friendly. All four of these releases’ recordings span 2010-2014, most of it being more old than new, so it will be nice to wrap up these lose ends and then move on. 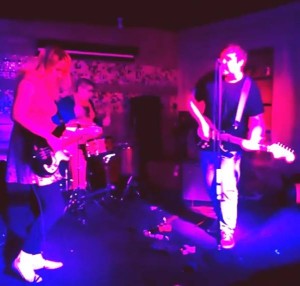 Most recently I’ve been playing in a new band, Detached Objects. I’ve enjoyed that a lot so far because it’s not “my” band at all. It is also a very diverse group of people (members of Rumspringer, Avon Ladies, Hot Fought Cold, etc) and a much more conventional guitar-heavy sort of band (I hear bands like Drive Like Jehu or Wipers in the song structure).

I probably first obsessed over the idea of releasing records within the first couple of years of buying them, so maybe when I was 14 at the oldest. I was living in central NJ at the time and there was an extremely active and flourishing DIY scene. The vibe that the records themselves offered was “you can do this too”. I remember one compilation 7” that essentially broke down the cost of the entire process within the packaging of the release itself.

When I was 20 (I’m 31 now), I began my first full-time job. At the time, minimum wage wa s $5.15 and I was making $7.35 – so I suppose I thought that I should divert my “excessive wealth” into starting a label (though perhaps the sarcastic tone of this comment should be noted – it was just the most cash I had ever had on hand before and it seemed like the right time to try).

I also strongly disliked how often there would be a band or artist that was doing something that I thought was incredible and before you know it – the project had dissolved and there was no documentation. Perhaps this is why so many of the releases on Gilgongo are a band or artist’s first release or maybe early in their lifespan. I’m sensitive to that and feel like taking a chance on something new is also refreshing.

With rare exceptions, music that is honest, cathartic or desperate is what inspires me the most – even if these traits are perhaps embellished by my own perception or even present without the awareness of the artist(s). Aside from that, music that is challenging and abstract – I also feel inspired by artists’ lack of regard or compromise when doing something that is truly unique or different. 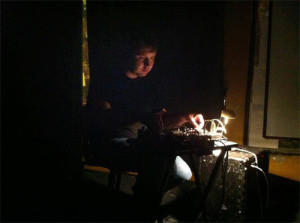 I have lived in Arizona for 15 years and there are a lot of things about this place that I am uncomfortable with and perpetually confused by. However, I feel like if I were in any larger of a city I would become too involved and truly over do things to a point that is unhealthy. It works for my advantage that there is an element of restriction here, yet still a decent scene for the various types of music and culture that I am interested in. And to be fair, at times it is incredible –it seems like the volume comes and goes inwaves. Moving here in 1999, I caught a very high point in Arizona’s history and there have been several points in time between then and now that have felt equally as substantial.

In regards to the more grassroots side of music related sub-culture: It seems like there is always a core group of incredibly motivated people who help make things happen here, and often times these are people that are also touring and well aware of where we are at in comparison to other cities. The drive that these individuals have, knowing that the rewards on a local level may be minimal, is very inspiring to me too. From the outside looking in, these personalities can get misconstrued as self-centered or as having inflated egos, which I strongly disagree with. I think expressing yourself and praising your peers in a manner that says “what we’re doing is important” is admirable. It changes other people’s perceptions too, because when people contact me from other parts of the country they may think that some of the events that happen here with an attendance of 20-50 people are actually drawing 4-5 times that many people. There is something very special about that. I booked many shows from 2000-2003 and from 2006-2009, easily 100+ and I know how stressful and frustrating it can be when trying to make events successful. Keeping a positive attitude about it and maintaining the worth of what it is you believe in is essential to doing any of this kind of stuff (I believe). 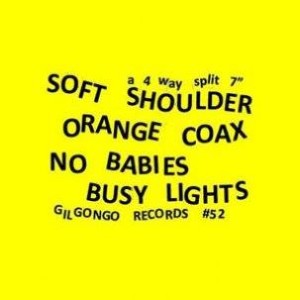 Gilgongo releases are available in central Arizona at shops like the Double Nickels Collective, Stinkweeds and Revolver Records, but the label’s online shop has a pretty expansive collection of distributed records from labels both large and small. It’s essentially just an assortment of releases that I personally enjoy or am excited about and happy to be able to sell to other people. There are currently 300+ items on there.

Gilgongo releases are distributed by San Francisco based Midheaven / Revolver USA (not to be confused with the shop of the similar name here in town), to independent record stores and mail-order worldwide. It’s a casual and non-exclusive relationship, so it’s really just a matter of shops actively making an effort to carry these releases by choice (which works best for me as most Gilgongo releases are in runs of just 300 to 1,000 and I’d prefer them to not “be everywhere” but not actually selling to the customer). As of June 2014, the label is also receiving some distribution treatment through CTD Ltd from Chicago.

I think that finding a perfect, or at least reasonable balance between working, creativity and leisure – and having a healthy portion of life to enjoy that balance, is what I would like to accomplish. I struggle with finding the time in each day to feel like I am doing each of these things for an amount of time that I am satisfied with.

In substitution of a mantra, I generally give thoughtful observation to the Mockingbirds of downtown Tempe – especially in the 3am to 4am range. Few things are as pleasing and perplexing, and there are generally two of them very close-by to my house (stereo listening is much encouraged whenever possible). 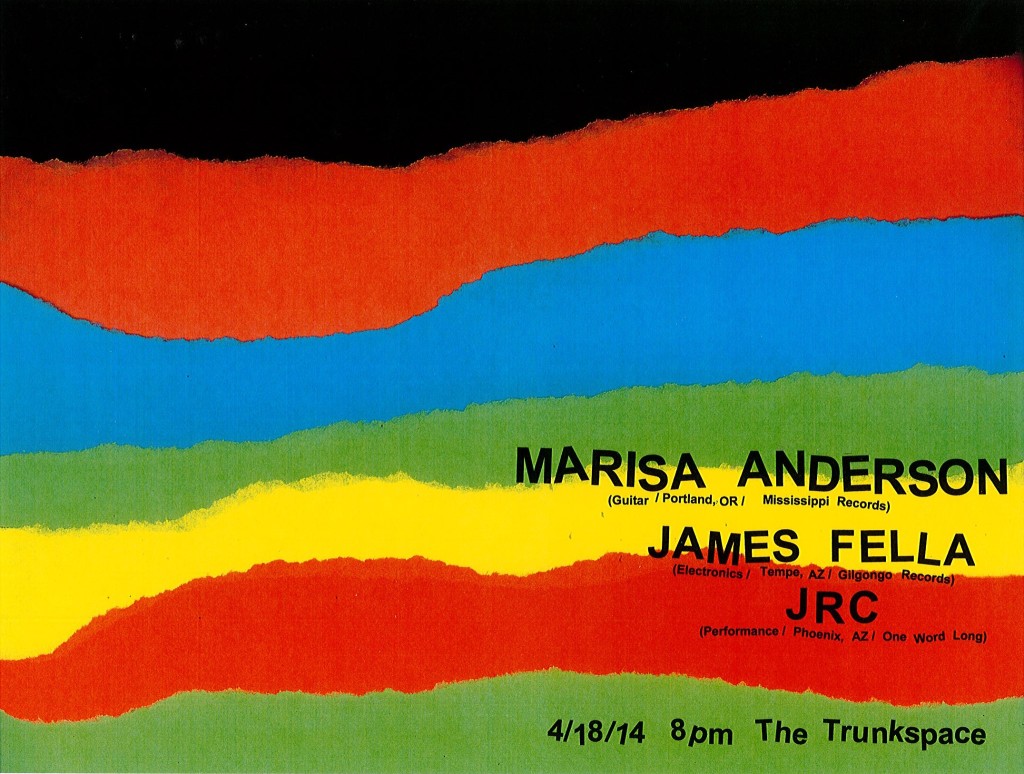 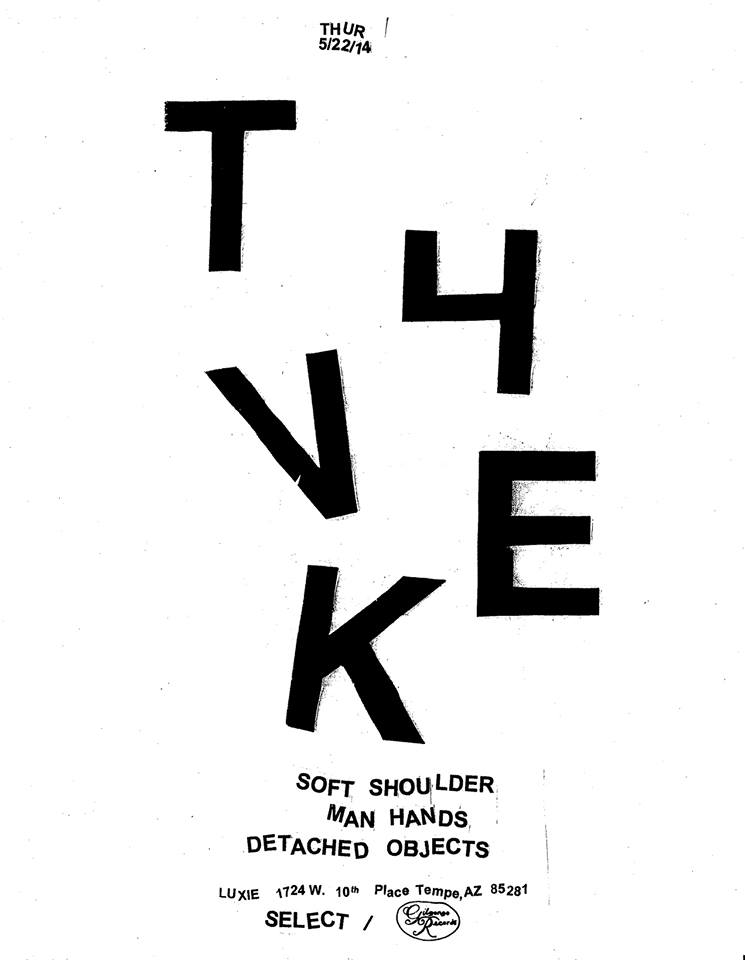