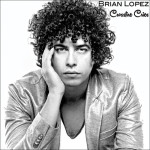 I don’t know what I love more about Brian Lopez: his voice or his musical sensibility. On “Crossfire Cries” you can hear the perfect merging of the two, a promising sign for his forthcoming album, Static Noise, which is set for release in September from Funzalo Records. Lopez takes a step further from his early ballad work as a solo artist toward a beautiful entanglement of this earlier sound and Tucson dreampop with a vintage nod. Let the countdown to Static Noise commence! Listen to “Crossfire Cries” here. 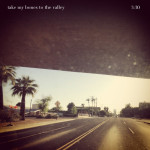 “take my bones to the valley”

I consider myself pretty well informed about what’s going on around town, musically speaking. Until, that is, someone like Perry Allen crosses my path. As soon as I heard Allen’s single “take my bones to the valley” I was scouring the internet for the next possible opportunity to catch the musician live (FYI, it’s 7/10 at the Rogue with Whiskey Shivers and Mr. Eastwood, tickets here). Listen to “take my bones to the valley” here for a stellar example of desert folk at its finest. 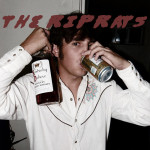 I’m loving the Johnny Cash-esque, garage folk of The Riprats for its south-of-the-border flair despite the band’s Denver address. Opening the two track single titled Sher Nuff, is “Snakes” – a desert dittie with a wry twist. I can’t stop playing this song. It’s a problem. The following track, “Fancy Mexican Spiders” holds to similar themes but the humorous aspects are definitely moved to the forefront.  The band is breezing through town to play The Trunk Space on August 28th with Wolvves, a local fav. Listen to Sher Nuff here. 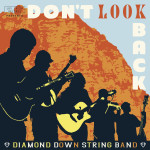 This bluegrass concoction from this Flagstaff five-piece will have you stomping your foot, clapping your hands, and asking for more. With that in mind, we have some good news for you… this single from the Diamond Down String Band is just a sample of their forthcoming album which means more is a’coming! “On the Way” is a lively number that tells a story of unexpected detours (to jail, etc.) that remind us that trouble is inevitably on its way. The vibrant interplay of strings and the catching vocal harmonies (see if you don’t join in), define “On the Way”. Listen for yourself here. 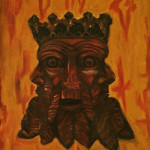 The distortion-heavy garage pop of newcomers Strange Lot had me hooked right away, but I’m a sucker for beach-revival psychedelia filtered through the lens (speaker?) of a post-punk modernity. That being said, “Upside Dwners” is my current summer single. Hats off to Dominic Mena, the man behind the music, on this one. Listen to “Upside Dwners” here and check out the first single from Strange Lot – “Walk of the Sun” – while you’re there.