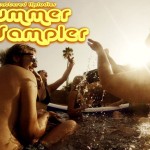 The musical pairing of Josh Montag and Jake Johnston first caught our attention with their collaborative undertaking, a.k.a. their first album, A Collective Agreement. Joining with other local artists, the duo creates songs together to be shared and performed in cooperation. A new full-length is in the works, but fans can celebrate summer with a new EP from the band in the interim. Set for release later this month, the Summer Sampler will feature Jack Howell, Parker Jones of The Broken Rhodes, Anamieke Quinn of Treasurefruit, Laura Hamlin, Ruca, and Eric Montag. More on the release show here. 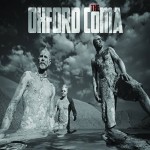 Grunge-alt-hard rockers The Oxford Coma are gearing up to head out on their “Shut Up and Get in the Van” Midwestern tour, but before that happens, they’re going to be releasing Morphine, their much anticipated follow-up to 2012’s Adonis. I recently got my hands on a copy of the release and I must say, jam-metal was never really my thing, but I’m digging the incorporation of funk, which gives the album a trippy feel and almost circus grandiosity. Listen to Adonis here and join us in the wait for Morphine. We’ll keep you posted on the release. 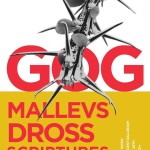 Gog is a local act that never crossed my path until word of their upcoming release show at the Crescent Ballroom landed in my email box. And with Mallevs-Dealings, Dross, and Scriptures sharing the bill, Gog’s release show promises to be something memorable. A track from Gog can be heard (with visual accompaniment) here. I definitely enjoyed the deconstructed sounds moving in and out of structural forms, but I must admit that when I listened to it down at HQ (YabYum headquarters), I was three minutes in before another staff member asked, “When is the appropriate time to ask if that’s music?” Guess it all depends on the person. See you at the release show. 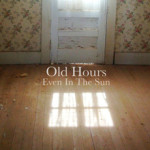 It was just back in April we shared with our readers Old Hours’ fundraising efforts for their next album, Even in the Sun. Hopefully, you kicked up your money in a timely fashion because the new release is just about ready for the grand unveiling and contributors score the new tunes before everyone else.  The rest of you will have to wait for the general release but we’ll keep you posted for that occurrence. In the meantime, you can peruse a few 2013 releases from Old Hours through their Bandcamp page here. 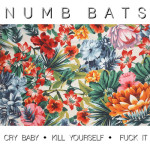 Phoenix’s own Numb Bats are set to drop their first full-length album on July 30th at the Crescent Ballroom with Drainbow, Man Hands, and more. The album will be a bit of a parting gift as the band heads out on tour after the release show. I, for one, can’t get enough to the distinctly-styled and slightly campy post-punk of this trio so I’ll be relying on Numb Bats’ Demo(n), a three-track collection of demos, to tide me over until the Big Show in July. Listen to Demo(n) here. Word has it, the forthcoming album has all-new, never before released tracks!