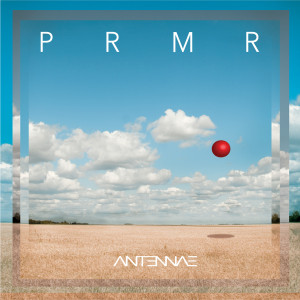 Antennae is an appropriate name for the long-awaited new album from PRMR (formerly The Premiere). It sounds like the product of an alien race’s attempts to emulate the best of  our hip-hop radio and indie rock blogs. The result, with its off-kilter mix of elements, is hugely compelling. And catchy as hell.

David Jackman and Adam Wilkey took their time with this album, and we’re the better for it. Antennae has something to get your ass moving anytime you need it, from anxiety-ridden opener “Killing The Langoliers,” to the Reagan-era dance party “Spacebar.”

Give Antennae a shot. It will feel alien at first, but you’ll wake up one day to find it’s in heavy rotation in your playlist, and you can’t imagine it anywhere else. Beam Antennae here. –Mike McQuillian

Albuquerque has quite the secret music scene if word on the street is to be believed. And New Mexico band You is set to dispel the rumor that Albuquerque is anything but rad with the release their first full-length Ambivalence before bringing their “DANCE JAMS OF ENCHANTMENT” to more than 15+ states starting June 25.

I must say You is pretty badass, although I had my doubts when I first started listening to Ambivalence. They definitely have their own sound going, but starting the album with an extended jam clocking in at over 5 minutes doesn’t cut it for me (however, the orchestral string arrangements found on “Anesadora” were quite nice).  The fourth track “Young Witch/Eternal Gliss” takes the cake as the ultimate jam however at 13 minutes and 50 seconds.

With tracks like “Saturday Night”, “Soul Eater”, and “I Should Be Drunk Right Now”, you have the makings of something fabulous. The final two tracks – “Circle In The Trees” with its sweet National sound and “Altar Call” with it’s undeniable rocking awesomeness – are my personal favorites and really marked the album for me as one worth remembering. You should listen to You here. –Mark Anderson

Americaneris marks the first full-length release from the Flagstaff duo known as The Porch Horses: Jeff Breshears and Michael Regan. For the latest album, they were joined by Eddie Horn on bass, rounding out this trio. The group has a lofi indie rock style better suited to the bar than the coffee shop. Rustic and rowdy, The Porch Horses has a raw sound that can occasionally be a little grating (especially with the vocals) but ultimately comes through with a warmth and charm all its own. Remember that even the vocal stylings of Bob Dylan and even Stephen Malkmus have been met with initial distaste for many. There is something definitely authentic about the untrained ballad belt-er behind The Porch Horses, but for many of us it might take some getting used to.

The ten-tracks of Americaneris kicks off with “Not Coming Down” and I was instantly reminded of the rockers that defined the Tempe scene in the 90s like Dead Hot Workshop. A power trio in their heart of hearts, The Porch Horses are not afraid to lay it all out for a feisty jam which you can hear on songs like “30 Pack” and “Danny”. The Porch Horses offer more of a kickback style on songs like “Creek Song” and “Cigarettes Butts & Chewing Gum”. Closing out Americaneris is my favorite track from the album, “Mia”. Mellow and sing-songy, “Mia” has a campfire feel that will have you clapping along.