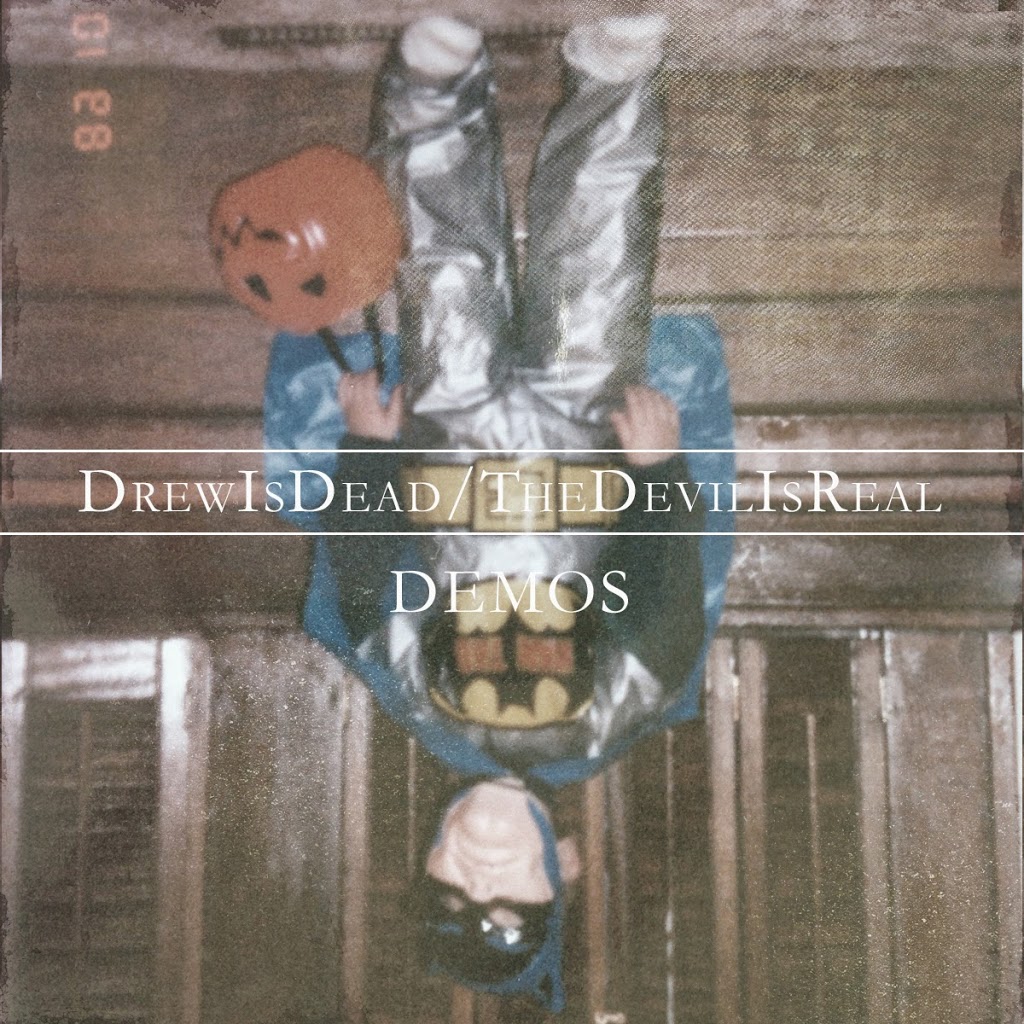 From the moment the digital needle hit the digital record, I was completely hooked with DrewIsDead/TheDevilisReal. With it’s church a’hollerin’ and hand a’clappin, “Intro” sets the tone for Demos, a conceptual album about a musician who has terminal cancer and begins to write songs as a penance for all of his wrong doings, and as a way to ask forgiveness from his loved ones.

The second track, “Shame”, gives a further look into this man’s life as he sings about what an incredible louse he has been and that the only thing he has left, in the entire world, is his shame. “Untitled, Instrumental” is just that, an instrumental – and quite frankly, it doesn’t need words because the music speaks for itself. It starts quite innocently with a nice bluesy, Robert Johnson-esque guitar riff and as the song started to wind around itself I started to understand the pain the “man” was going through. When DrewIsDead launches into the furious bridge, I could only imagine the “man” with his guitar in his hand and a half empty bottle of rye whiskey in the other.

Through “Rivers” and “Forest Fires” we find the “man” spiraling even further into regret and anger. There’s real emotion within these two tracks, and I can confidently say they are two of my favorites.

On the last track, “The Devil is Real”, it becomes clear that not only is the whiskey gone, but the “man” starts to believe that he himself may be the Devil himself.

Demos is an absolute gem, dare I say, a sublime record. The writing, storytelling, and the blues guitar work is pretty freakin’ great. I thoroughly enjoyed it. No surprise given that the man behind DrewIsDead is Drew Dunlap of Northern Hustle fame.

But here’s the crazy part: As I read through the liner notes, (yes, we type of people read liner notes so note to bands: write them and make them good…), I find out that two of these tracks were roughly recorded “in a hurry”, one was recorded before the lyrics (the instrumental) and thank goodness it was, one track was sang with the wrong lyrics, and three, count ‘em, three tracks were recorded, remarkably, on A PHONE! You. Gotta. Be. Kidding. Me.

I rarely use hyperbole, but this record is must listen. Do so here.