It’s super exciting to see Rubber Brother Records continuing to expand their catalogue. They aren’t just adding albums, but pushing the lines of genre further and further. In turn, our jobs are made harder and harder, but all the more interesting. 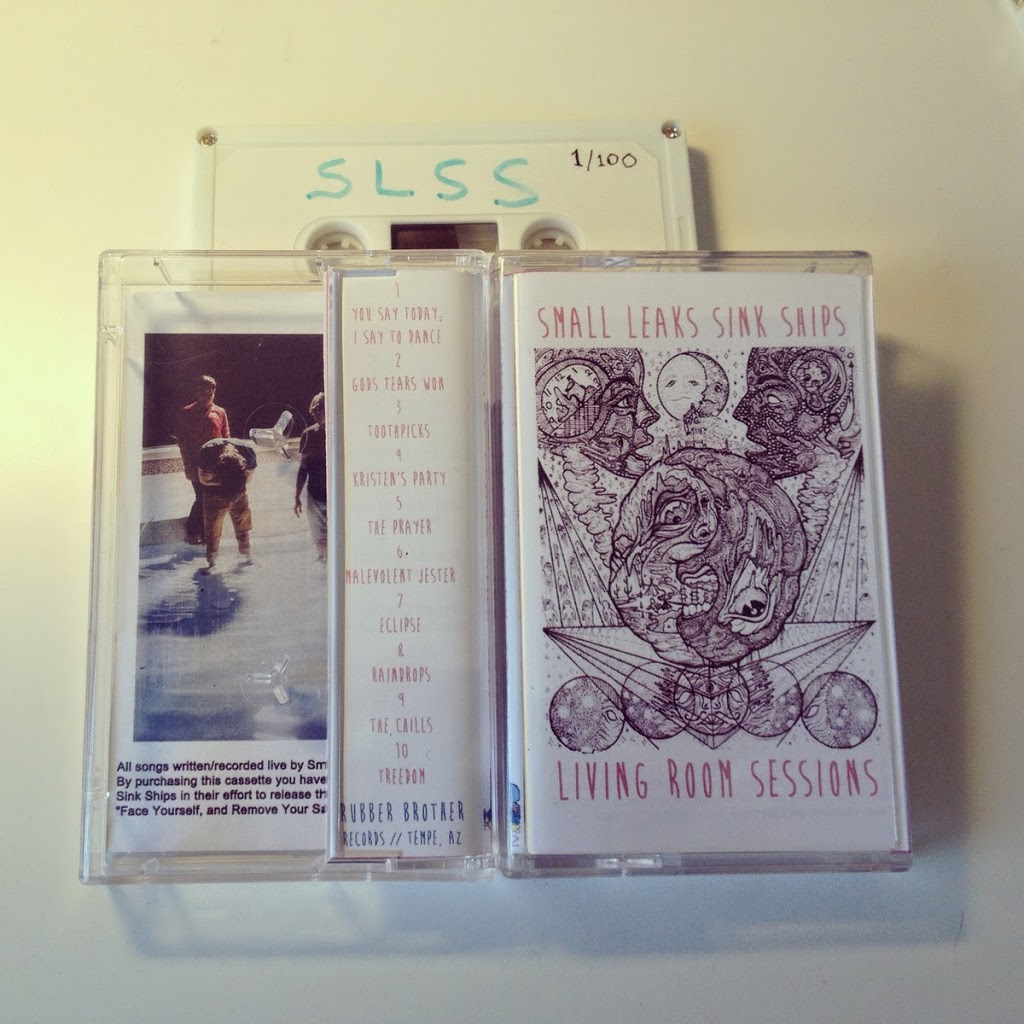 Small Leaks Sink Ships might have left these desert streets named after trees we don’t actually have in favor of greener Portland pastures, but before they said goodbye, they released a tape through Rubber Brother Records. The Livingroom Sessions contains 10 tracks of experimentation in sound and structure without sacrificing that distinctive Small Leaks Sink Ships style. This, folks, is how you leave town with a bang. Listen/purchase the Livingroom Sessions here.

Year of the Dog

Petty Things is one of those bands that we just can’t get enough of. They put on a stellar live show and and feisty tracks from the band are frequently popping up on split releases and new cassettes. This release, however, is special. It weighs in at a whopping 11 tracks, each one worth the listen if you’re into disgruntled desert rock, which I am. Three tracks from Year of the Dog are available for preview here, but you’ll have to cough up some cash for the full release. Trust us, you want to. This band is rad. 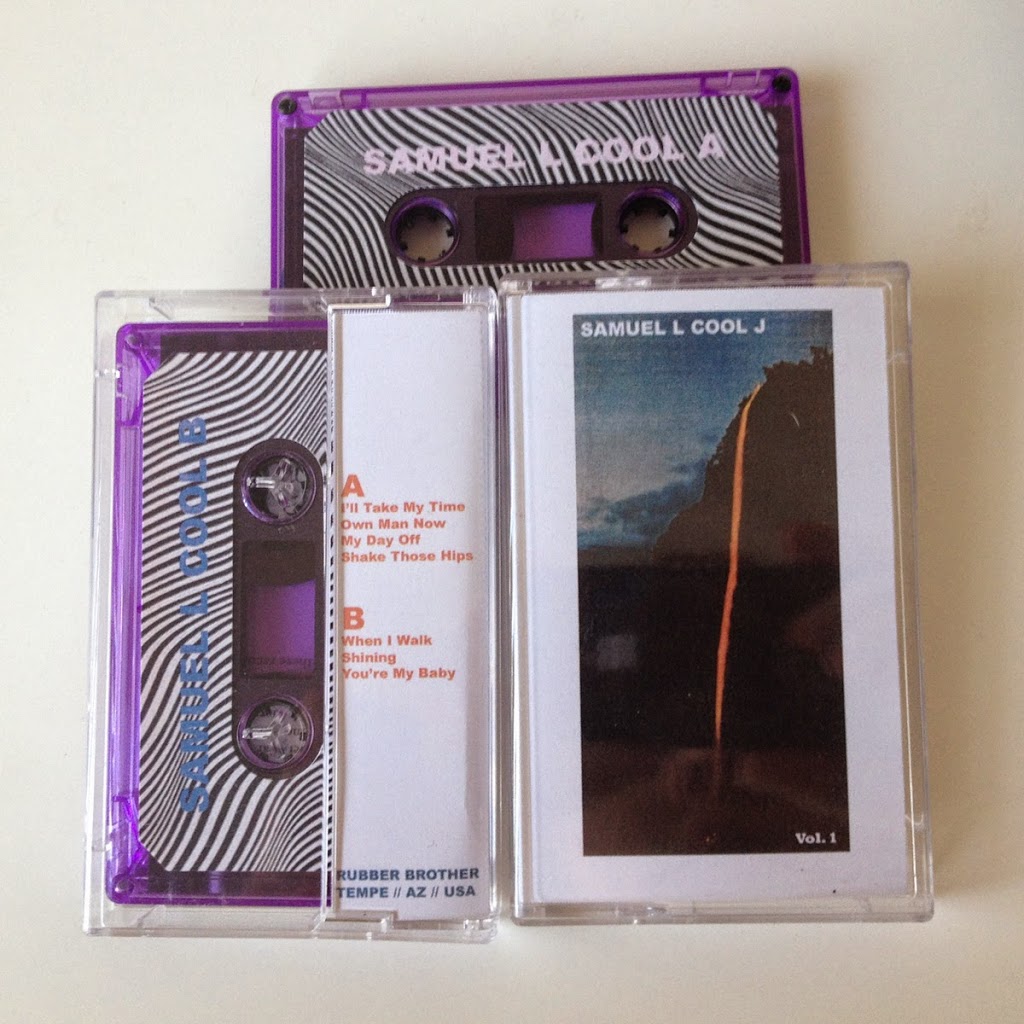 The 7-song cassette release from Samuel L Cool J dropped into expectant hands back at Parliament on March 1st. I’m feeling a little slow on the uptake considering how long I’ve been waiting for music from this band to have and own for my very own. The seven song cassette has all the get-down, throwback soul one could possible want from an RBR release, but if Rubber Brother has shown us anything, it’s that they’re not easily contained. If they want to release a soul-funk classic, they’re going to find the best garage soul band this desert has and that’s Samuel L Cool J. Listen here. 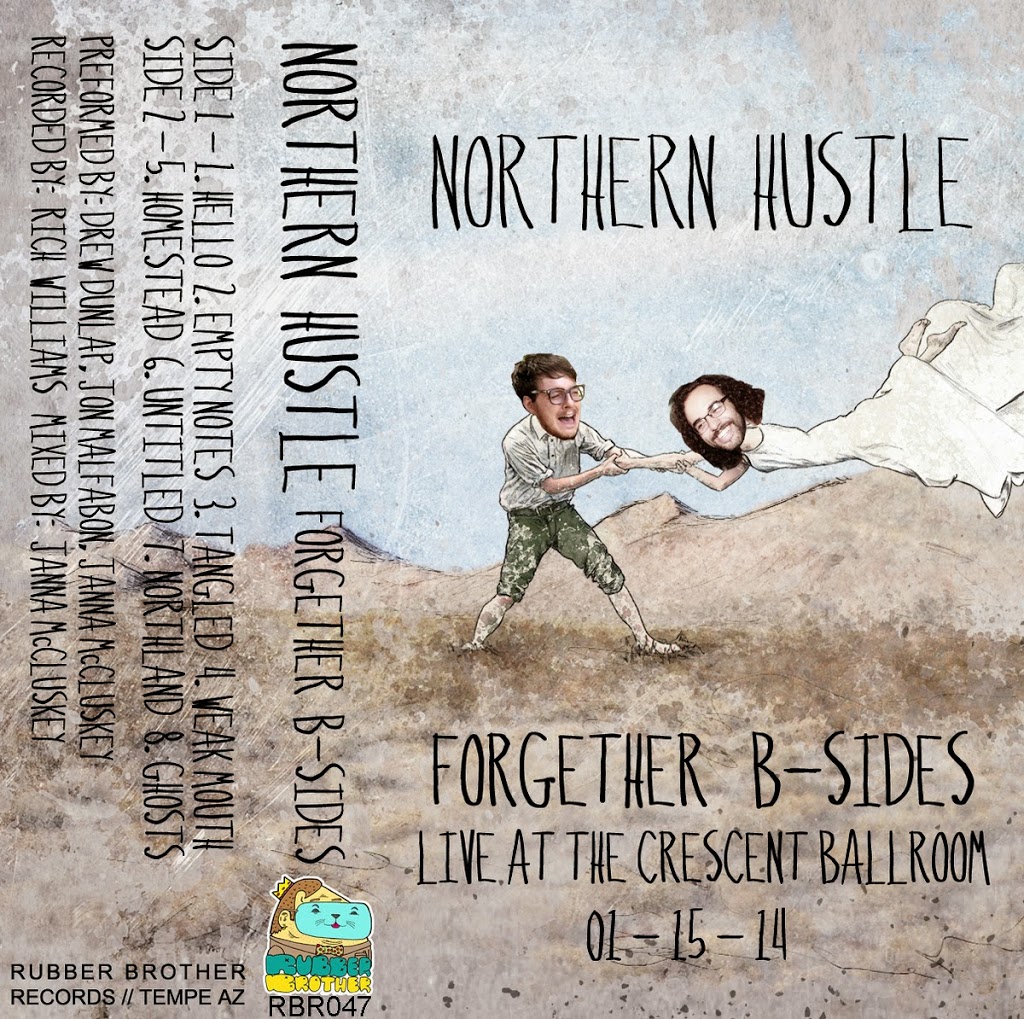 Live at the Crescent Ballroom

Forgether was a really standout album from last year and the release show will forever live in our minds for the joyous festival of community it was. Turns out most shows Northern Hustle puts on turn into something you want to put in your pocket and take with you forever. Thankfully, with the help of Rubber Brother Records, that is now possible. This cassette tape features B-sides from Forgether recorded live. Listen/purchase here. 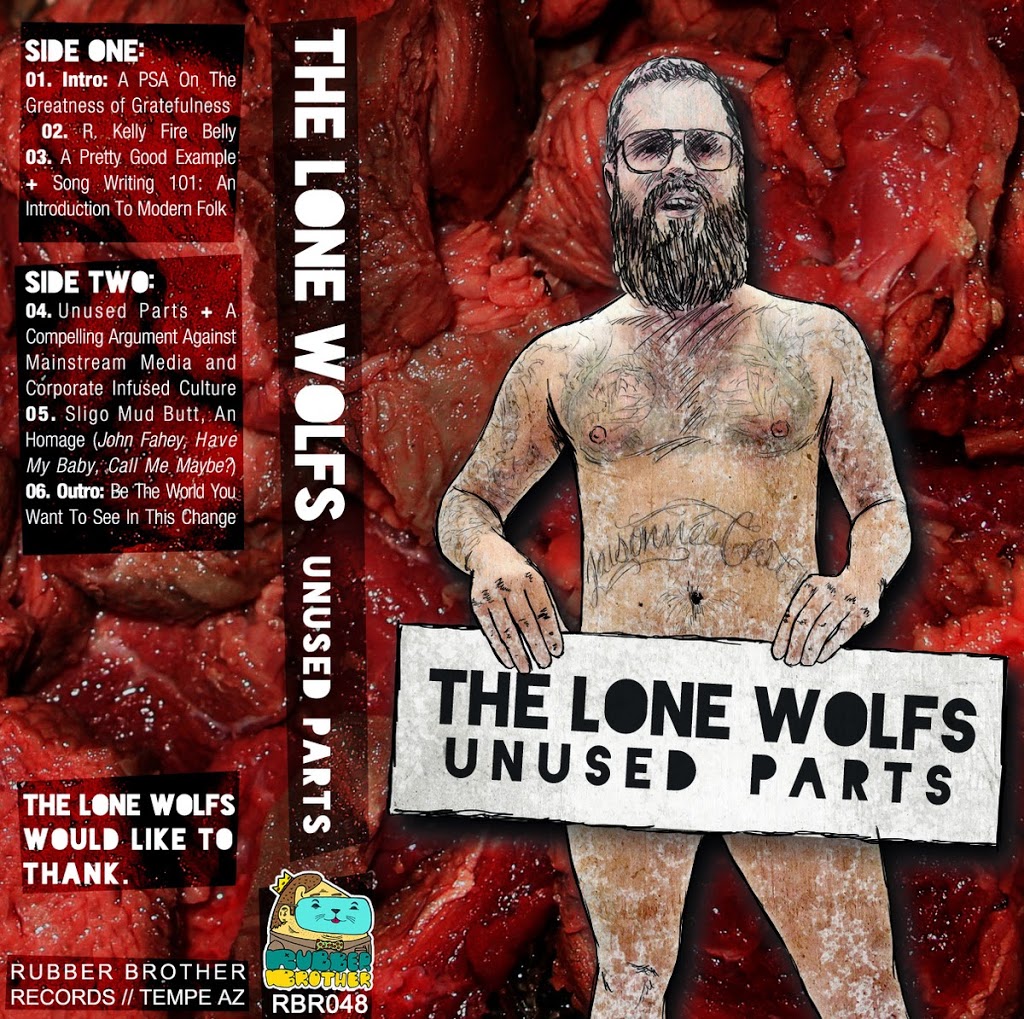 The Lone Wolfs almost lost me during the intro track of 2+ minutes of philosophical meanderings before the computer voice shuts off and the music kicks in. Thankfully, I persevered. The recordings meander along the pathways of traditional folk while stopping to give reflective pause whenever the moment strikes. Six hefty tracks, Unused Parts can get a little repetitive so you might find it’s better used as a background than focal piece. There is something strange, sometimes moving, and occasionally funny about Unused Parts at the same time, which is why we find it on our list today. Decide for yourself here.