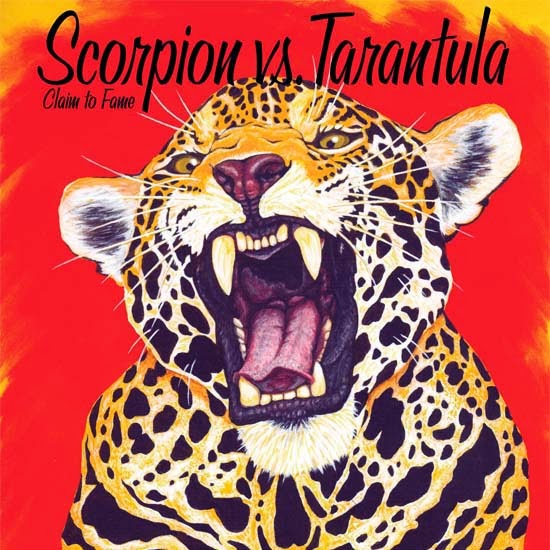 For a band that formed in 2008, Scorpion vs. Tarantula already has amassed some pretty impressive recording ventures: 2010’s She Goes Hard, 2012’s Don’t Waste It, and they recently added Claim to Fame to their discography earlier this year.

The album kicks off with “Tomboy” and from the first growl of vocalist L.Hotshot, I was hooked. This album comes in feisty and keeps it there the whole time. By the time you slide into track two, “Watching You Watching Me Watching You Go,” you’ll be throwing your fist and shaking your ass.

The album’s third (and title) track takes the already abundant energy and kicks it up to a riot level. There is no staying in your seat without causing an aneurysm.

I’m a big fan of “Your Girl Ain’t Nothing Like Me” and, if you’ve ever caught Scorpion vs. Tarantula live, you can probably agree with the song’s sentiments. L. Hotshot is probably not like many other gals out there making the rounds on the local circuit… or anywhere else for that matter. I’m a tough cookie but, in all likelihood, she could drink me under the table and beat me up in the parking lot without smudging her Glam Rock makeup, all while dressed in a leather catsuit.

Scorpion vs. Tarantula keeps their stamina up til the very end. “Something Else To Get Into” packs that same punch that defines the band’s overall sound. Hats off to Jim Diamond at Ghetto Recorders in Detroit for managing to maintain the feel of the band’s electrifying stage performance on Claim to Fame. It is almost a complete success, but Scorpion vs. Tarantula finds their most authentic delivery live. If you haven’t been to a SvT show yet, do it.

Claim to Fame is available for preview and purchase online here. Of course, the coolest kids scored their vinyl copies at the official record release show which took place on March 1st at Rips in Phoenix. If you’re lucky, there still might be a few vinyl copies available so get on it.