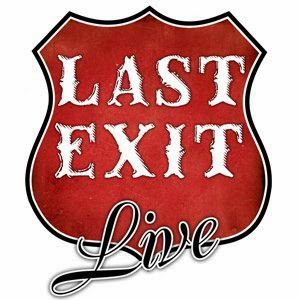 Ever since I caught my first Airstream Sessions installment, I’ve been on the watch for new additions as they become available. Last week, however, my fangrrl status got upgraded when I actually got to go inside The Airstream to personally check out where the musical magic happens.

Many of you might have seen the specific Airstream of which I speak. It sits beside Last Exit Live in downtown Phoenix. Both the venue and the associated Airstream trailer belong to Brannon Kleinlein. Together with Matty Steinkamp (on video) and Brian Stubblefield (on sound), the trio has captured some truly incredible moments in Arizona music making as well as notable performances from touring acts.

The recording endeavors of Last Exit Live initially began with the Summer Acoustic Sessions, but the trio decided to move the sessions from the main stage to the Airstream. The silver trailer has a campy, vintage vibe that adds to the intimacy of each stripped down set performed inside. Each band might record a few tracks, then the folks behind the Airstream Sessions decide which track(s) to add to their thoughtfully curated collection of videos.

Hunter Johnson
“All I Had”
The Thin Bloods
“This Line”

The Wiley Ones
“Beer Song”

The Pistoleros
“What You Need”