These days, it seems like every person with access to Photoshop and a digital camera is trying their hand at “professional” photography. This town is full of photographers, but if I had to reduce that list to the truly talented folks making real photographic art, it gets embarrassingly short really fast. That being said, McKay Jaffe, who works under the moniker I Must Be Dead, definitely makes the cut. As he prepares to embark on his second book of photography titled I Support Strippers, we had a chance to sit down with him to discuss art, Arizona, commodification versus commercialization, and, of course, strippers.

For those of you not yet familiar with the work of I Must Be Dead, his work is dark and twisted without being macabre, vibrant, affronting, and humorous all at the same time. Take, for example, one of his most popular pieces, “Casual Sex”. A woman reading an issue of Romantic Homes sits astride her equally disinterested partner reading the business section of the Sunday paper. The sexual encounter between the couple is stripped of all intimacy, leaving the viewer a sense of both amusement and alienation.

Some of my favorite works by Jaffe are his colorful portraits; vividly imaginative and, often, slightly sinister. “Primal” and “Outside the Lines” both offer excellent examples of childlike elements colliding with a darker mischief. Even in the black-and-white shot titled “Believe”, McKay still manages to capture that certain intense vitality, almost a sense of hyper-reality, that lives in his full color shots and defines his work overall.

The subjects of his work are often women and always beautiful. They often embody a counter-culture aesthetic that shifts the values of traditional beauty toward something more authentic and decidedly more intriguing. Tattoos, piercings, overly abundant and totally captivating freckles, that which makes a subject unique, and uniquely self-defined, Jaffe will draw out in his work. Professional models and exotic dancers alike are both starkly revealed under the lens of I Must Be Dead, whether clothed or otherwise.

Last year saw the release of I Must Be Dead’s first book of photography, a collection of work from Burning Man made in collaboration with Zachary “Mohawk” Connolly of Mohawk Photography. As a fan, I was thrilled by the success of that project’s fundraiser. I hoped it would bode well for more projects in the future from I Must Be Dead. This year McKay decided to launch a new solo project: the aforementioned I Support Strippers.

I Must Be Dead launched an Indiegogo campaign to raise the funds needed to make the new photography book a reality. For all you fans out there, that means more photographs from the artist you’ve come to know and admire. I expected that his goal of ten grand would be easily achievable given the nearly 100,000 fans that support him on social media sites like Facebook, but surprisingly I’ve found that people don’t seem ready to put their dollars where with “likes” are. The lack of initial support left me wondering if he didn’t cross some obscure line in the sands of honesty. Are we not supposed to acknowledge the grittier, humorous, sexual side of Jaffe’s work with a wry title? Does it diminish its artistic value? Would he have been better off calling it Beautiful, Tattoed Women in Thoughtful Repose?

After speaking with the man, I don’t think image is the problem. I Must Be Dead’s motto is “Fuck You.”, period included. He is unflinchingly honest and unwilling to compromise his work. Add to that an affronting online presence and you get an artist that isn’t going to pander to his audience. Jaffe’s built a following without soft soaping who he is or what he does. The failure here is completely on the fans. They have to realize that the internet is not an electronic ether from which interesting things magically appear. It takes artists working to create art for their viewing pleasure. The same art, I would like to add, that you can bring home with you in the form of prints, postcards, cell phones covers, and art books like the one McKay’s intent on making.

Shelling out $50 (for 7×7 softcover book) or $150 (for the official 11×13 hardcover) might strike some of you penny-pinching philistines as an extravagance, but I assure you, such a purchase is totally necessary. Artists have to finance their creations or they don’t get made. Although McKay assures me I Support Strippers is happening whether or not his fans come through with the money, I’m sure his hostility will know no bounds should the book fall short of its reasonable fundraising goals and I, for one, totally get that.

I’m going to have to borrow the motto from I Must Be Dead to express how I feel about people not supporting art. Fuck everyone that “likes” and re-posts I Must Be Dead images every single day on the internet and doesn’t come through when the artist behind it needs actual money to continue creating the pictures we all enjoy on a daily basis. Fuck everyone who is affronted by the blatant acknowledgement that many of the models Jaffe uses are strippers and he has to give them money to establish the connections needed to take the provocative pictures that make us think or laugh or both.

Make your contribution today. Head here for a direct link to the fundraising campaign or here for the artist’s website to see more examples of his work. If you like what you see, and you will, contribute so you can walk away knowing that you’re playing an integral part in the creation of art. 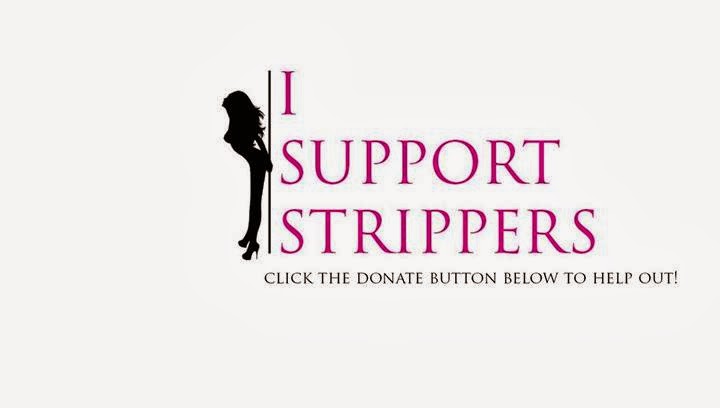