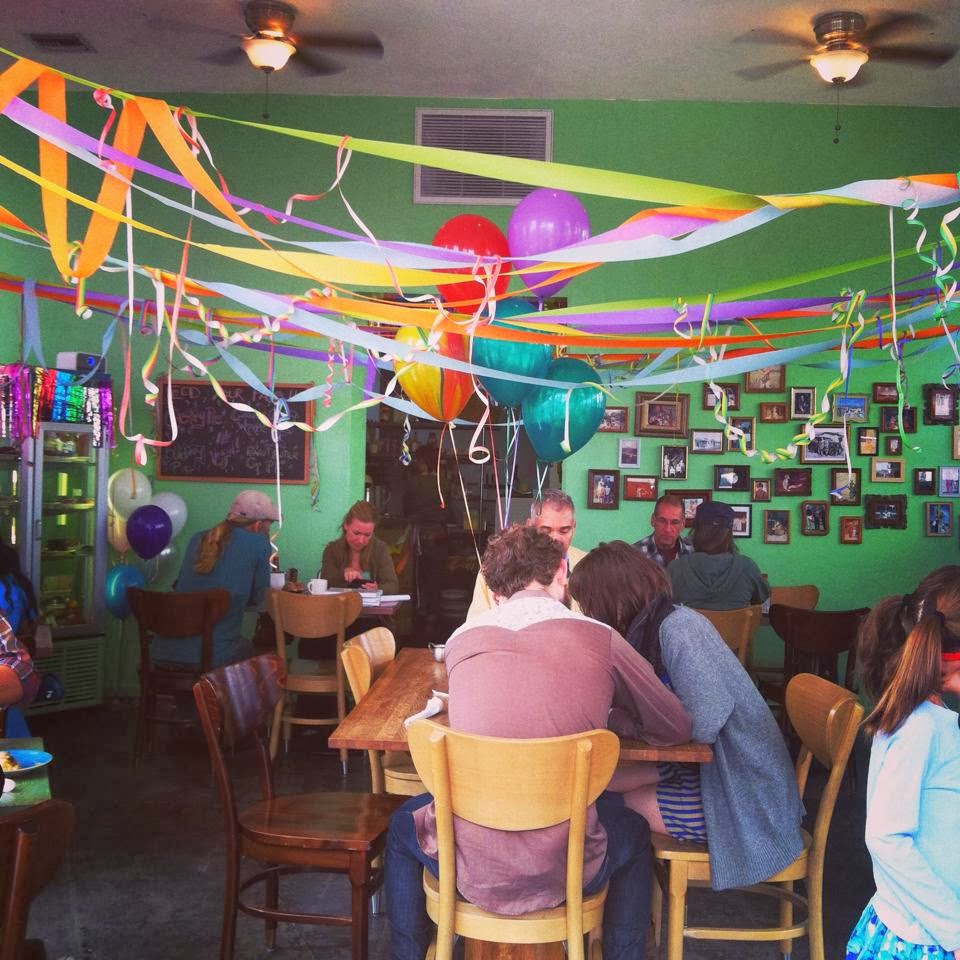 What do you do when you’re coming up on the first anniversary of one of downtown’s raddest diners and many members of the staff also happen to be part of some of the Valley’s coolest bands? Why, you host an awesome show with a stellar lineup to celebrate, of course! That’s what Bragg’s Factory Diner did this past Saturday to celebrate one full year in business.

Bragg’s certainly has received some impressive accolades this first year. Aside from being one of the reasons we named last year the Year of Pie, Bragg’s was also named the Best Vegan Diner by the Phoenix New Times for 2013. And don’t even get me started on their What the Waff?! (a sweet and savory coconut-curry waffle). 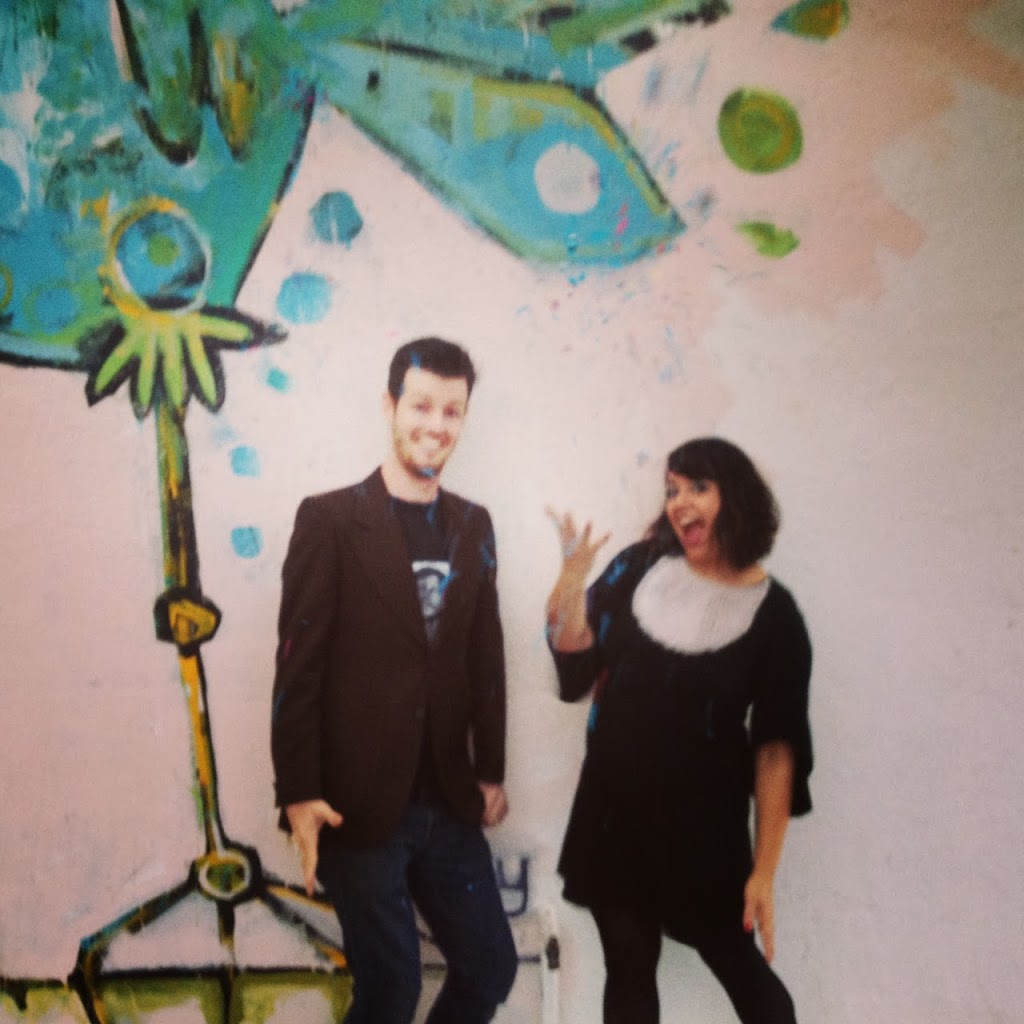 Count ’em. Six blueberry pies for the Pie Eating Contest. Ladies dominated, btw.
The winner walked away with gifts valued at $75 from Bloom Salon and Bragg’s! 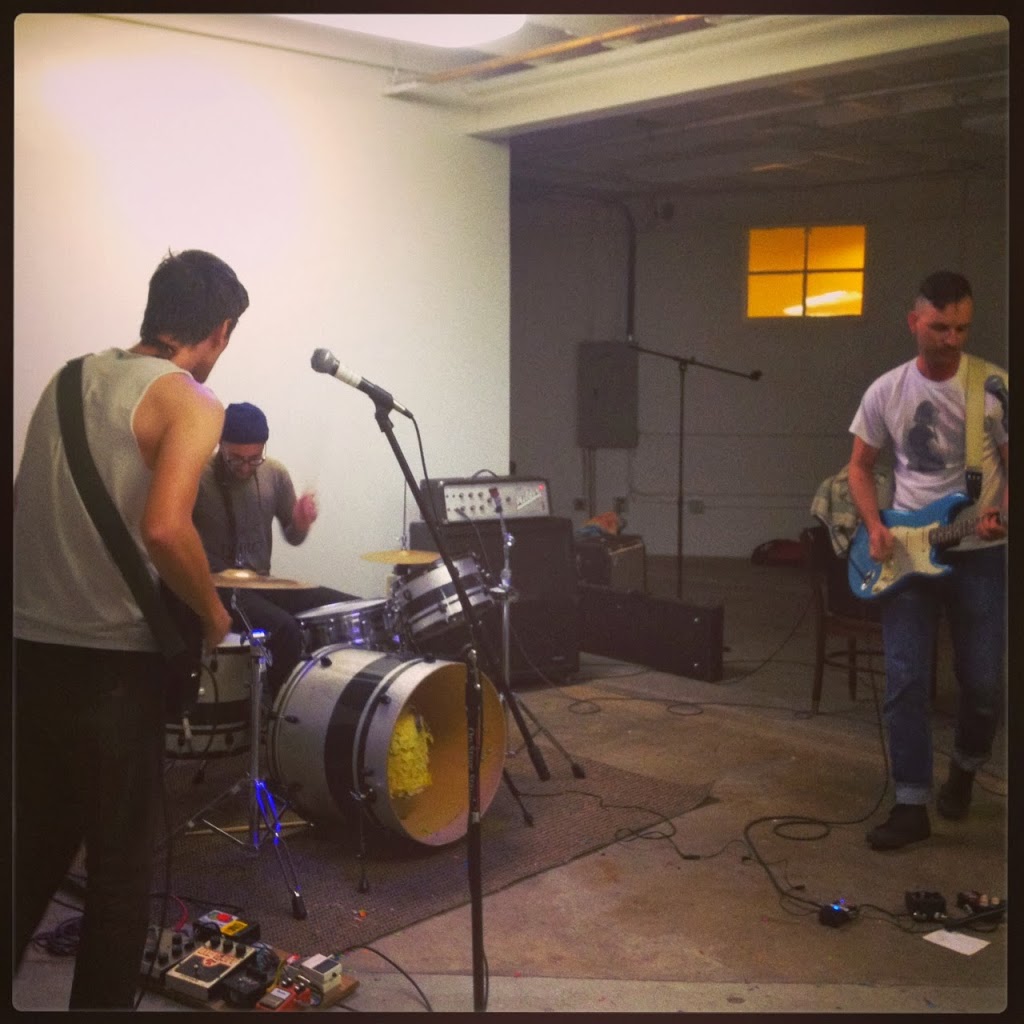 Bragg’s employee Tristan Jemsek performed with four of his bands at the birthday party.
Here he is with Blanche Beach. 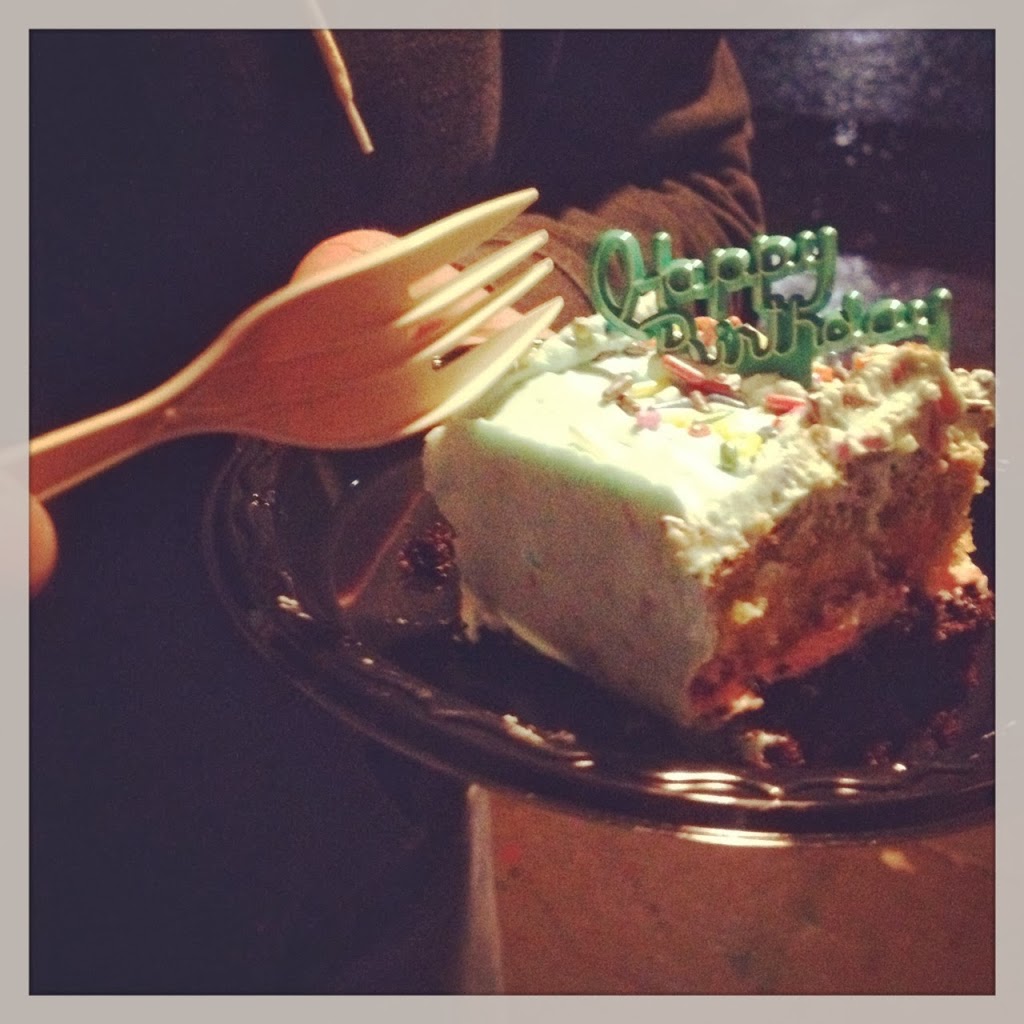 Cake at the Pie Factory. Yeeesssss. 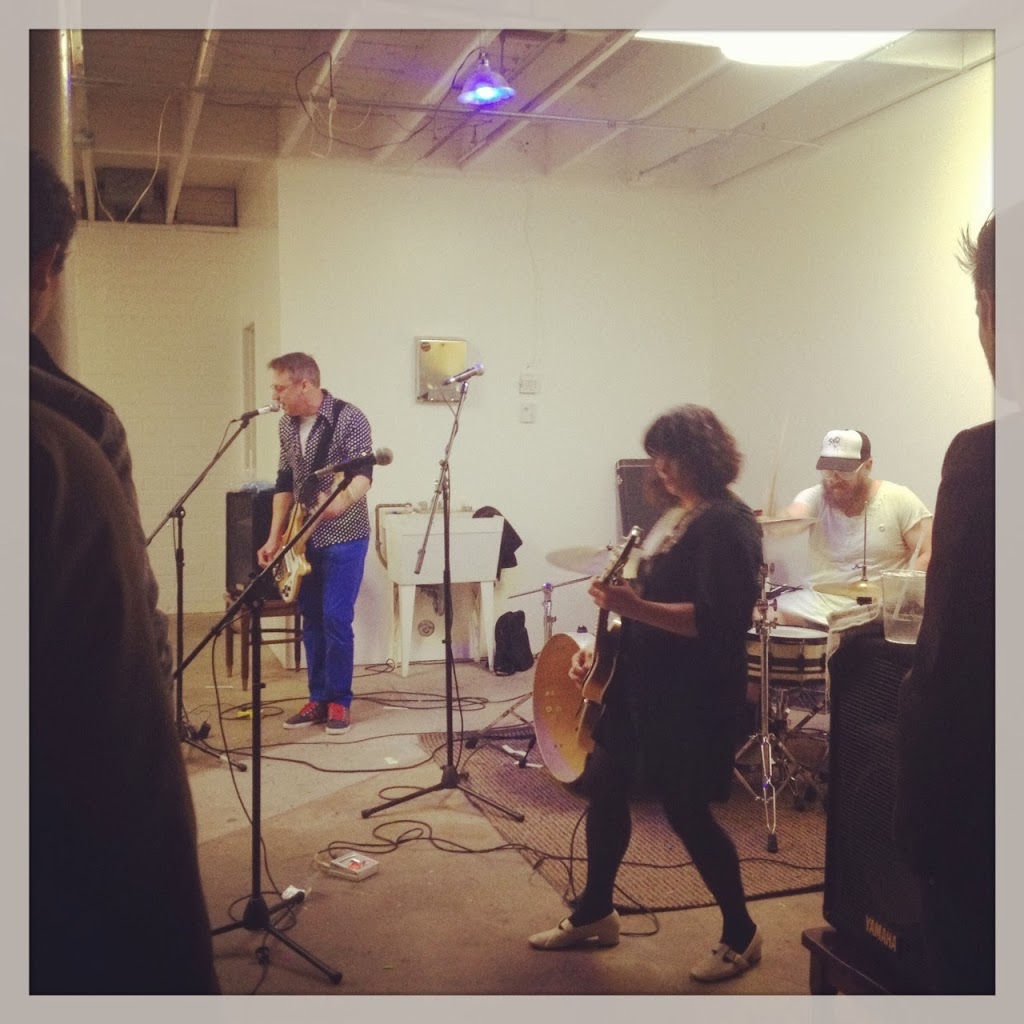 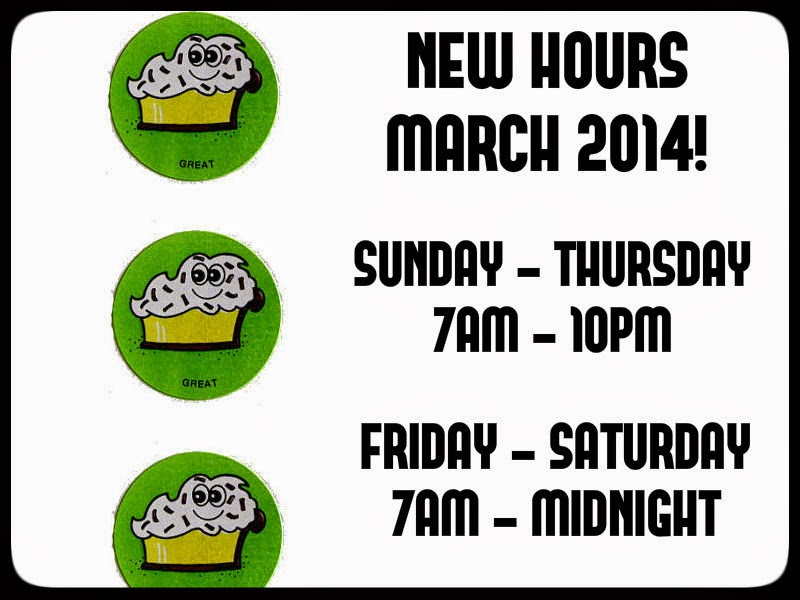