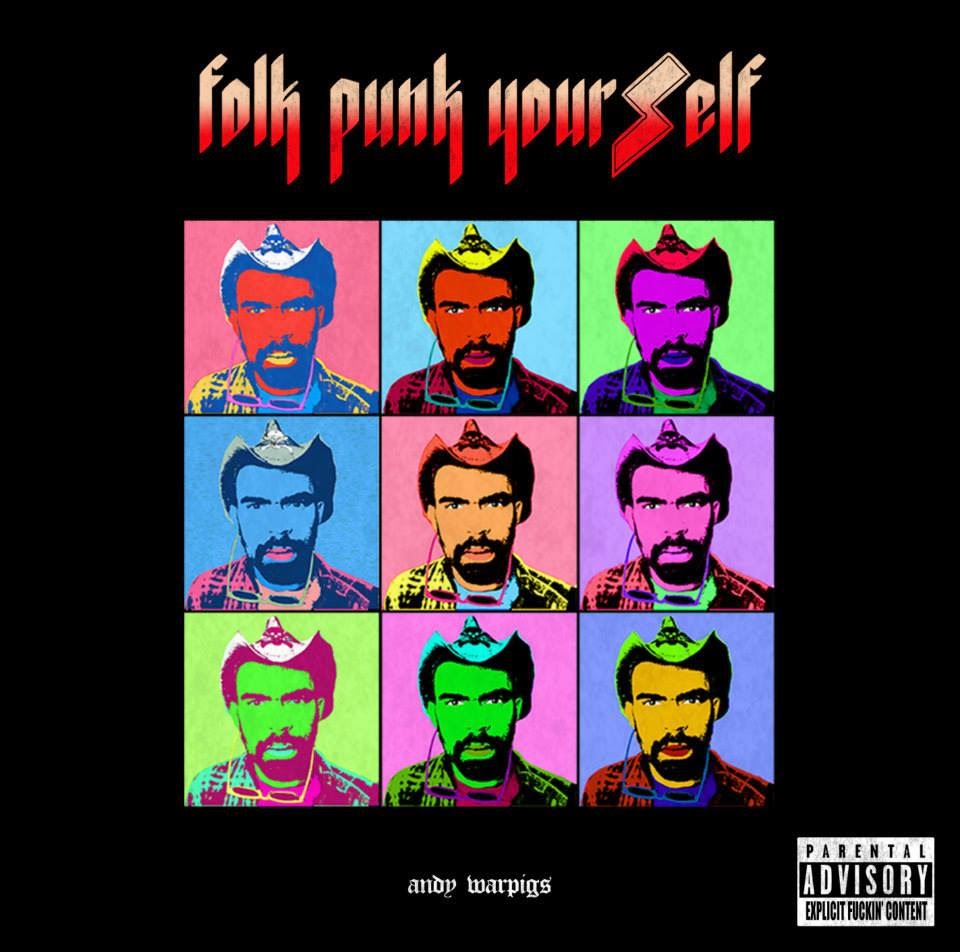 Last weekend belonged to the uke-punk stylings of Andy Warpigs who released their first LP Folk Punk Yourself at Lost Leaf in Phoenix. I was one of the few and the fortunate to get my hands on an early copy and haven’t been able to take it out of my CD player since. Emerging from the met muddy waters of weird folk and punk, Andy Warpigs can deliver drug-addled anthems and bar room ballads with a mixture of political and personal zest.

Folk Punk Yourself opens with “Drown My Baby”, a rollicking rocknroll number that matches driving guitar licks with rowdy lyrics that will have you laughing while you dance. By the time you reach “N Bombs and C Bombs”, the second track, you’ll have a feel for the infectious rambunctiousness that marks Andy Warpigs as one of those bands you definitely want to know.

The album has its occasional reflective moments. “Everyone Likes You Now” is one such track on the album that captured rank as one of my favorites, but by the following track, “Ego Death”, Andy Warpigs is once again slinking along with its gritty groove.The stellar vocal stylings of Andy Warpigs (the man behind the band, not the band itself this time) can kick up the kitsch for “Drown My Baby”, then take it down for the sweet-sounding “Chili Pepper”, without fully relinquishing the kitsch.

This album has a lot more going on that catchy ditties that can rile up a live crowd. That’s not to say Folk Punk Yourself is without catchy ditties (hear closing track “STFU”).  It has substance and style. Produced and mixed by Mike Red and the band at 56th Street Records with a host of talented players joining the music-making cast of Andy Warpigs, Folk Punk Yourself is a must for fans the uke-punx movement and weird folk alike.

You can listen to Folk Punk Yourself through Spotify here, but you’re definitely going to want to get your hands on your very own physical copy as soon as possible. Head out to a live show for a CD and you won’t be disappointed. The album will also be available through Lawn Gnome Publishing in Phoenix for only five bones and the proceeds will help support our favorite downtown bookshop.