The indie-folk of Tucsonian Clay Dudash scored the musician an early following here at YabYum, right about the first time we heard his single “Pretty Please”. Since then, we’ve been eagerly awaiting the arrival of his EP in its entirety. That day came January 20th with the release of Keep You Company. The EP opens with “Shore for Cranes”, a pop number that will have you ready to clap your hands or shake your groove-maker. The EP meant brand-spanking-new tracks like “Statues” and “De Anza”, both worthy numbers. Alas, it’s not a homerun every time (see “Freight”), but Clay is a promising musician we can’t wait to hear more from in the years to come. Until then, we’re going to have to listen to Keep You Company about a hundred more times. Recorded by Luke Amble at Great White Studio, you can score a free digital copy right here. 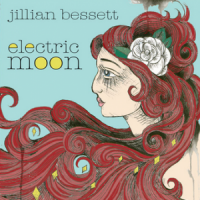 From the opening of “Spade”, I was totally enamoured with Electric Moon from Jillian Bessett. The Tucson singer-songwriter released the album digitally on February 1st. That will give folks plenty of time to learn all the words before the physical release this coming April. And Electric Moon is an album you want to spend time with and learn all the words to. Bessett has a Joni Mitchell feel, which is not a reference I throw around lightly. Whether accompanying a piano or guitar, her voice and words leave the listener in want of nothing more than to create an engrossing experience. It’s hard to pick favorites on the album but “Villanelle” lives with you long after you hear it. Haunting and beautiful. You can stream Electric Moon in its entirety here. 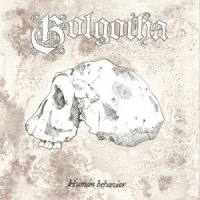 The imagery that lurks beneath the frequently buoyant music of Human Behavior reveals a dark underbelly that only increases my affection for their latest album, Golgotha, which dropped last Autumn. I could kick myself for not finding out about this band earlier, but no use crying over missed live shows. Better to just make up for lost time. The band’s Facebook page lists a total of nine players in Human Behavior, not surprising once you’ve heard their orchestral sound. The words and the voices that deliver those lyrics have a childish aspect, reminiscent of childhood rather than puerile. This adds to the overall creepiness when you give the lyrics time to really sink into your brain. Just listen to “Crag” or “Always Cold” or most any of the tracks from Golgotha. Strong animal imagery ties in throughout the album which serves to strengthen that whimsical, magical, childlike element that, for me, has come to define Human Behavior. Listen to Golgotha (and purchase a limited edition vinyl copy of the album) here.