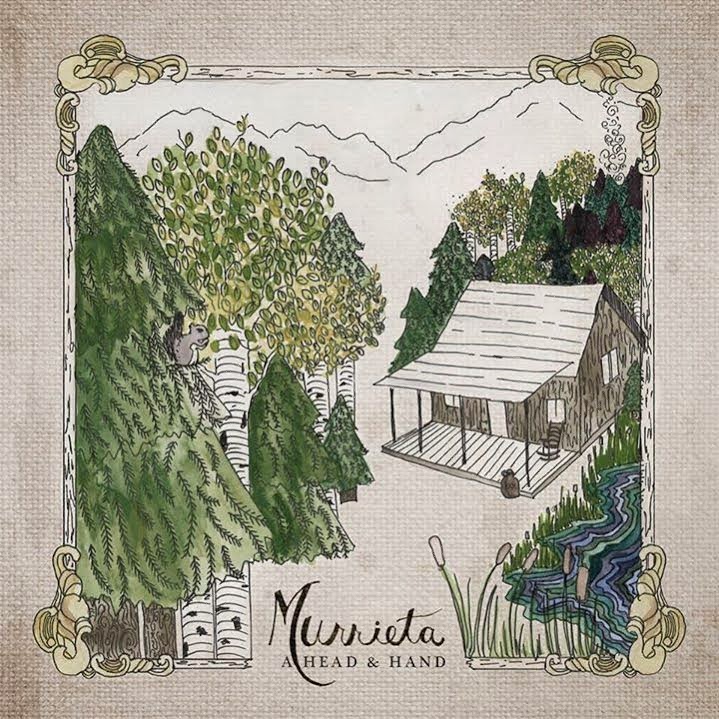 The folk train has run off the tracks in the past few years, and I been quite outspoken about the bands that are responsible for the wreckage.

But, after listening to the brand spanking new album, A Head & Hand by the Mesa-based band, Murrieta, my faith has been renewed in folk. Again.

The first track, “A Head” is a mere 1:05 long, but it absolutely sets the tone for the rest of the album.

Lyrics like, “My life is meaningless beyond these red bricks”, would be trite in every sense of the word, but these cats pull it off thanks to genuine vocals provided by Mat Shaker, who also holds down rhythm guitar.

Their name and loosely the concept for the album is inspired by an infamous Chilean Bandit, Murrieta, who spent most of his days in the Californian desert avoiding arrest.

How the album – the first half dealing with the “head” and all the things that rattle around in it, and its second half, the “hand”, touching on the consequences of one’s actions – is great.

“Joaquin Dead”, “Once Again”, and the sterling, “Next Flight to Buffalo”, float in and out of great rhythms, terrific back beats, and waves of lead guitar licks and banjo play.

The “Hand” side of the record is much more sedate and downbeat than the first half. One of the standouts is “Blue”. It is a wonderful ballad and gives the listener a break to contemplate the lyrics and story line that they’ve been listening to all along. It also puts a spotlight on the band’s harmonies – which are superb.

The guys follow it up with a track called, “The Contest and I was like, “OK, they’re giving me a chance to catch my breath…” But then the furious lead guitar on “Casters”, gave me a very nice surprise.

Murrieta ends the record the way they began it – with a very short track that nicely sums up a very, very good album. Head out to the Viva Phoenix 2014 music festival on March 7th to catch Murietta live!

Here’s where you can find them on Facebook and Soundcloud.