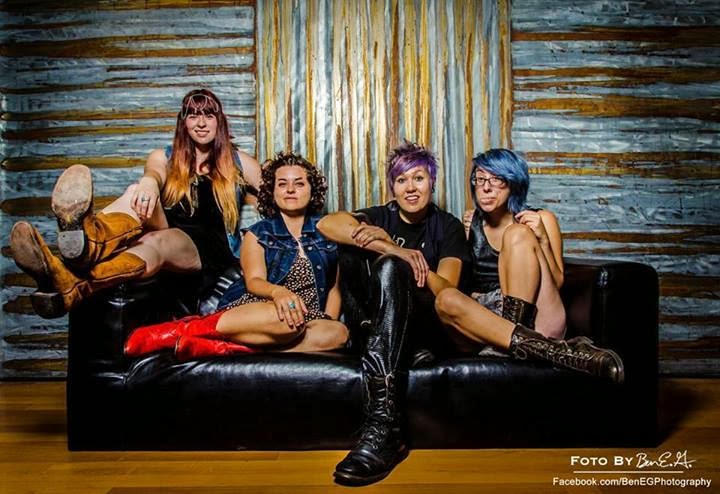 When we say Cassidy, Jenny, Ariel and Cheri, collectively known as Sister Lip, are THE hardest working band in Arizona, we ain’t kidding. (We stopped counting their 2013 shows at 100 and we had pages and pages to go).
It seems like they play every night. Any where. Any time. The news feed could be “Hey, Jerome nice to see you, Phoenix, tonight!” Or, “We are going on tour of the Western United States, but don’t forget our show in Tempe next week!” They even made an appearance in Bisbee during the Sidepony Music Festival. And they have a standing, and perhaps lifelong, Monday Night Residency at Long Wong’s in Tempe.
There’s a conspiracy theory out there that says they are actually time travelers. Or cloned. Or simply don’t sleep. But one thing is true: no matter how much they play, they always put on great show with the same enthusiasm and energy.
Congrats, chicks for an award well-deserved. No get some sleep!
Here’s a brand new single from Sister Lip released just 4 days ago titled “Threads”