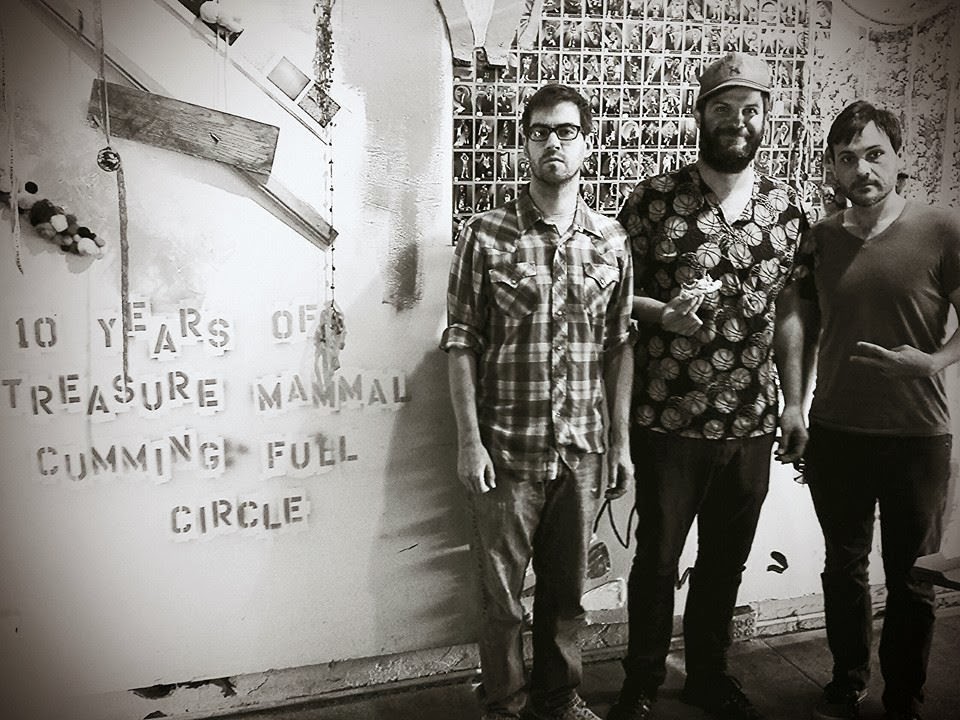 Friday got the ball rolling with its all star line-up featuring Cherie Cherie, Vial of Sound, Back Ted N’Ted, and Roar. Pleasure Flannel (not quite Treasure Mammal) performed as well that evening.

The party spilled into the following Saturday with HotRock Supa Joint, Playboy Manbaby, Minibosses, Fathers Day, and more. There was even a surprising (and life-changing) appearance by local heroes Andrew Jackson Jihad.

The highlight of the two-day extravaganza was definitely Treasure Mammal’s performance. Two live drummers, Jef Wright and Jef Wrong, performed in matching jeweled and bedazzled cowboy shirts sporting glittering penises ejaculating in sparkles. T. Mammal dancer A Claire Slattery started the evening with much longer hair then she ended it with. Finally, a human tunnel was formed by the crowd at the end of the set leading out into the Trunkspace parking lot while Abe and crew cruised through it in a motorized shopping cart. Now, that’s how you throw a party! 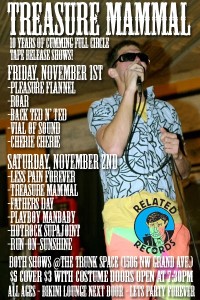