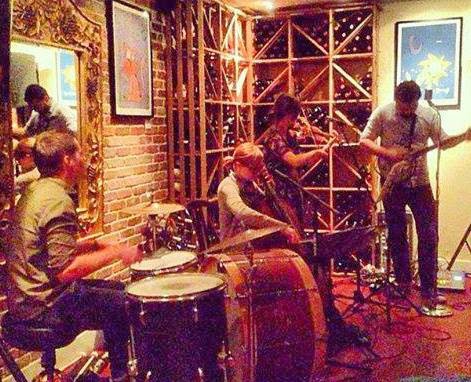 Earlier in the year we described North Brother Island as a folk band from the Ozarks playing a show in France in the Baroque period. And we stand by that statement even more since we’ve been able to see them a couple more times since then.

Inspired by 20th century headlines, their songs are haunting, melodic, and dare I say, lovely. Dario, Megyn, Ambur, Jason, and Aaron capture the essence of folk and transform it into a beautiful soundscape.

They have recently posted a new live record, recorded at the Crescent Ballroom, that includes songs from their EP as well as recorded a soundtrack for a short film. But we want to hear more. And from what the streets are saying, they are going into the studio to create their first album soon.

We. Can’t. Wait. Here‘s the live album for your listening pleasure.