Strict Standards: Static function Automattic\Jetpack\My_Jetpack\Product::get_manage_url() should not be abstract in /home/yabyumwest/public_html/wp-content/plugins/jetpack/jetpack_vendor/automattic/jetpack-my-jetpack/src/products/class-product.php on line 183
 Former Friends of Young Americans: Dives like a Fool, Swims like the Dead - YabYum Music + Arts Skip to content 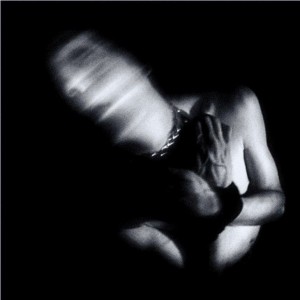 It seems as if this season has been filled with loss for many people around me. I lost friends, friends lost parents, even the music community itself carries a burden of sorrow for its members laid to rest this year. These past few weeks I’ve spent considerable time with the latest release from Former Friends of Young Americans, Dives Like a Fool, Swims Like the Dead.  The album comes from a place entrenched in the loss of loved ones and I find myself at a strange convergence point. That the release of this album should coincide with my own reflections on the beauty of life when faced with the horror of death reminds me that life has a sense of humor about these things.

While on a West Coast tour in 2010, Toby received word that his best friend had committed suicide. This tragedy was followed by two more successive instances of loss that year for the songwriter. Dives Like a Fool, Swims Like the Dead emerges from the period that followed. Former Friends of Young Americans approach each album as a whole; a singular artistic creation. Tracks aren’t haphazardly gathered from a shifting body of new songs. Rather, they have a theme that unifies the entire album, expressed in both the words and music. The album is pensive, beautifully sculpted in sound, and firmly situated on the artistic side of convention.

Now, Former Friends of Young Americans is a gray area among local music listeners (as any truly experimental band tends to be) but we’re in agreement that Dives Like a Fool, Swims Like the Dead is leaps ahead of where we heard the band back in the Spring of 2012 when we encountered with their first full-length,  estas diliculo. Toby had a good thing going with Former Friends of Young Americans, but the band just somehow kept missing the mark. The general feeling amongst staffers was that estas diliculo came close but fell short. After listening to Dives like a Fool, Swims like the Dead these uncounted hours, I firmly believe addition of Amanda Jane may have filled that missing piece. A mutli-instrumentalist like her partner Toby, Amanda adds an ethereal quality with both her voice and flute. The integration of the two players also adds dimension; a certain fullness… well, a bit more atmosphere in this “atmospheric shoegaze outfit”.

She joined the band, officially, after Toby had finished writing the tracks that were to appear on Dives like a Fool, Swims like the Dead, but we can expect more from her in the songwriting arena on the next album from FFYA (already underway). 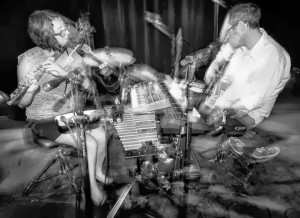 This new album from Former Friends opens with “Sea & The Land”, a look back at childhood from a perspective marred by the dark nostalgia we often encounter in grief. Dives like a Fool, Swims like the Dead moves through a collection of pensive musings on the subject of death and loss and memory. The songwriting comes across more like poetry than the “rocknroll” lyricism that has become the tradition (sidenote: poetry and lyrics are not one and the same and if you think so you’re either doing one right or the other wrong).  Former Friends combats the cliche-heavy, rhyme-driven, Can-I-get-another-hook? drivel that makes up the majority of the music we hear.

The band states the album is an “homage to late friends and the love of life” but I find the latter is overshadowed if you become caught up in the lyrics. The listener has to drift within the music to allow that love of life to slowly gain force as the album progresses. It is an element both graceful and understated; disembodied within the aural arrangements.

Dives like Fool, Swims like the Dead ends on a bit of a upnote (um, again, instrumentally speaking). “Love Hope Doubt” has a warm, feel-good ambiance until, once again, the lyrics emerge from the melody and the familiar sense of loss fills the listener. The sorrow is a little more resigned at this point, but in no way resolved. Alas, such is life… or, should I say death?

The release show happens this Saturday, Dec. 7th, at the Yucca Tap Room. Joining the celebration will be Sunset Electrics, Storming the Beaches with Logos in Hand, and Glass Affection. More information about the event can be found here. In the meantime, the album is available for streaming and purchase in its entirety through the wonders of the internet. Listen to Dives like a Fool, Swims like the Dead here.