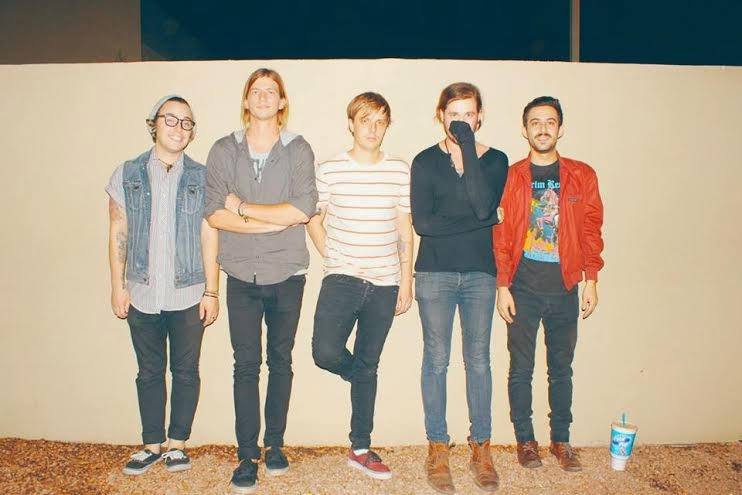 One of the many awesome-est things about writing for Yab Yum is firing up my computer and finding new music in my email. New music that no one has heard yet. That’s what happened on Monday morning when, lo and behold, a couple new Sundressed tracks were waiting for me.

Tempe’s Sundressed (Trevor Hedges provides vocals/guitars, Evan Kees on bass, Ryan Osterman on guitar/vocals, drummer Garrett Tretta, and new guy, Michael Boyle on keyboards) have again made me bob my head and do the Peanuts dance in my chair with their new tracks, “Untitled 1”, and “Untitled 2” (Hedges titles the songs at the very last minute and hasn’t decided what to call them quite yet…).

Um, and yeah, they are really good.

“Both Ryan and I had talked abandoning the folk-ish rock thing and going for a more high-energy punk thing, but not sacrificing the songwriting,” Hedges said.

And as far as I’m concerned, they nailed it – without being stereotypical pop punk. One of the main reasons is that with the addition of keyboards, supplied by Boyle, the music is far more buoyant and has a very full feeling. But Hedges and Osterman have managed to keep the vibe of their previous recordings – which I am so happy about. And as far as the songwriting, the lyrics are terrific. I wouldn’t expect anything less from Hedges, actually.

For me, it’s the storytelling that really makes me like these guys. While both tracks are really good, I found favor with “Untitled 1” that finds our heroes longingly waiting for a lover. Here, Hedges really hits his stride as far it relates to his previous performances. His melodies are quite good and make one want to sing along with him. And, unlike their other recordings, there’s a lot more background vocals and hand clapping – giving the tunes a texture that is a welcome addition.

OK, just re-listened to them again and “Untitled 2” has convinced me to cheat on “Untitled 1” with it, so I just changed my relationship status to: It’s Complicated.

And when Hedges told me he recorded them live at Audio Confusion with Jalipaz Nelson, I wasn’t at all surprised. That dude knows how to get that live sound; a sound that is quickly becoming a signature of Sundressed.

The songs will be released on the Rubber Brother label as a split with San Diego’s AJ Peacox. Make sure you head out to Rubber Brother Records’ Round Robin Fest. Head here for event details.