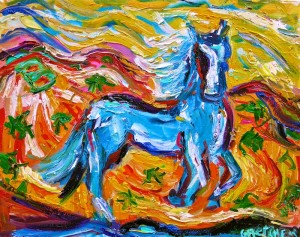 It just so happens that Bisbee is probably the coolest small town Arizona has to offer. It’s artsy and funky and adorable sorta like the woman of the hour: Anamieke Quinn.

Anamieke is the force behind Sidepony and its offspring gathering, the Sidepony Express Music Festival. Two years in a row now, this festival has lured most of our staff to the town’s quaint quarters.

With more than seventy acts performing over three days, Sidepony offers a crash course in some of the best local music has to offer. With staggered sets all happening in short proximity of one another, we were able to catch up with a lot of musicians and discover what everyone is up to these days. There were even a few local celebrity sightings, like Manny from the Rogue and Laura Fischer from RAW Artists.

I don’t think I’m being hyperbolic when I say there was an air of magic that encompassed the entire event. Anytime you can walk across the street after listening to the Haymarket Squares and find yourself at a Fairy Bones show, there is magic at work. You can’t help but feel a part of something greater than one’s self; a transformative era in the arts community happening right now. And we’re all part of it: the musicians, artists, organizers, and, of course, the fans.

As with any road trip, there was the inevitable question: What did we forget? Our answer? The camera. So, that being said, please enjoy our less than professional-quality re-cap of one the best weekends in Arizona music history. 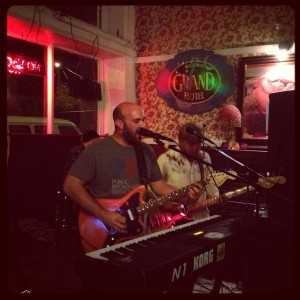 Sun Ghost was the highlight of my trip. The band has long been a favorite amongst staffers and we were sad to see them come to an end, but what an end it was! They performed their last set of Sun Ghost originals at the Bisbee Grand Saloon to a wiley crowd. Folks sang and danced until the music stopped then they grew wild with demands for more songs. You still have one last chance to catch the fellas of Sun Ghost together as when they perform at their annual Beatles Tribute at the Rogue this December. 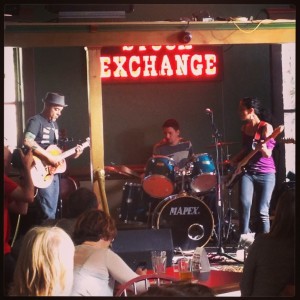 Here’s the lovelost performing at The Stock Exchange. That dude on the left looks strangely familiar… 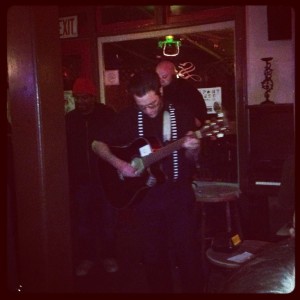 Anthony Fama led the crowd at the Copper Queen in a moving sing-a-long to Leonard Cohen’s “Hallelujah”. I hate to be the one to say it, but I guess I’ll say it. I love Anthony Fama and I love Doctor Bones, but I miss the old Doctor Bones. And, I’m not alone. 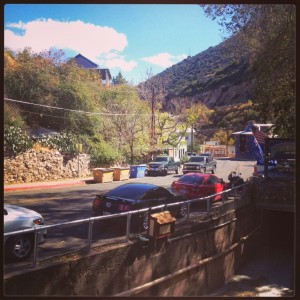 A small town tucked into the mountains, Bisbee embodies all the spirited weirdness that makes Arizona truly unique and wondrous. Last year we enjoyed the hospitality of the Copper Queen but this year we opted for the Inn at Castle Rock which boasts the Apache Spring Well right in the lobby. As an added bonus, the musicians from Frequent Kings & WuT were staying there too so we were often greeted on returning with some rad music on the porch or in the lounge. 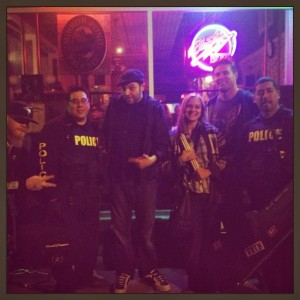 The folks of Bisbee are so nice the local PD even helped Catfish Mustache carry their equipment between gigs. 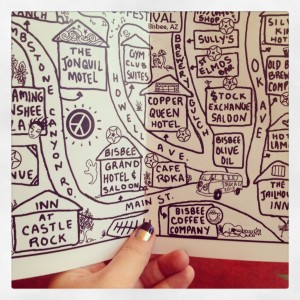 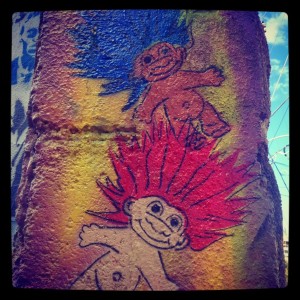 Everywhere art and color and interesting things to look at. And listen to. 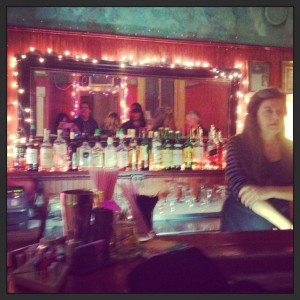 The smallest bar in the state is tucked away in Room 4 of the Silver King Hotel. A must-see spot on any trip to Bisbee. 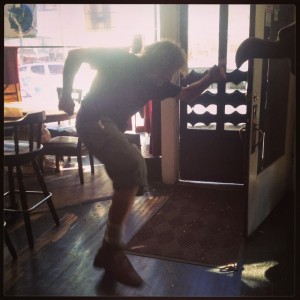 We love that the folks of Bisbee love music enough open up their town to Anamieke’s rabble of musicians and their friends. Some, admittedly, had more fun than others like this gentleman who could not contain his love of Fairy Bones. I totally know the feeling. 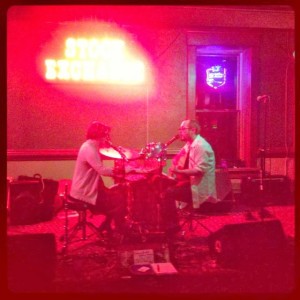 An intimate performance from Former Friends of Young Americans was a welcome prelude to their impending record release show happening this December. 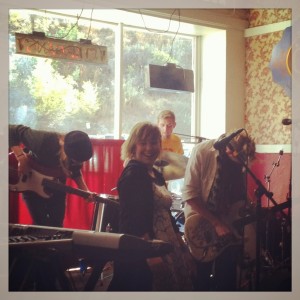 Fairy Bones at The Bisbee Grand Saloon rocking out for only the first time on Saturday. They absolutely killed it at their St. Elmo’s set later that night, but anytime you get to see Chelsey perform twice in the same day is a good day.

See you next year!