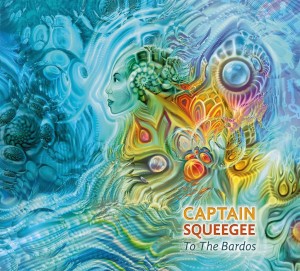 I can state, without a shadow of a doubt, To The Bardos, the new album from Captain Squeegee, is one of the finest albums I have heard in, like, ever. Seriously.

More troupe than band, more cast of characters than group, Captain Squeegee led by the incomparable Danny Torgersen has created what has to be the most innovative and intricate collection of music Phoenix has ever heard.

Torgersen’s writing, broken melodies and unmatched showmanship is hard to resist. He is the archetypical bandleader, the master of ceremonies. From the very first track, “The Key”, he is in total control.

The musicianship on To The Bardos is brilliant. Garrett Ortego, Austen Mack, Chris Hoskins, Ryan Sims, Matt Maloy and Ben Jones are not merely back-up players to Torgersen’s ultra-hyper Ricky Ricardo. Each and every one has a part to play on the album and each take that opportunity to showcase their crazy talent.

The horns, seriously? The horns – provided by Torgersen, Hoskins and Sims – take on a life of their own. Deftly dodging in and out of even the smallest of musical phrases to punctuate, accent, and many times, take the lead. The drums and bass, masterfully played by Maloy and Sims, respectively, are so in synch you’d think they were joined at the hip. I checked the Facebook pics and they are not. And that beat? The timing seems to change every third bar – it keeps the ear on its toes to mix body parts and a metaphor.

As far as Ortego and Mack are concerned, they more than admirably man the guitars providing The Tubes-like hooks that set the table for the rest of the group. And, while Torgersen is blowing his horn, Mack seamlessly fills in with vocals.

A note on the recording – once again we see the brilliance of Bob Hoag of Flying Blanket Studios. Not only has he managed to capture the sound and the vision of the band, I can’t even imagine how he wrangled so much creativity and distilled it so flawlessly.

However, while I cannot say enough about how much I liked To The Bardos, it is a record that needs to have the listener’s full attention with one of the tracks topping out 5:36. Now, don’t get me wrong. I enjoyed every second of To The Bardos, but it doesn’t leave much to the imagination and maybe that extra minute and half would be better suited for the live show. A live show that I cannot wait to witness.

The album is available for purchase and download at the band’s website here. They are planning a CD release party on December 5th at the Crescent Ballroom. Don’t miss out. 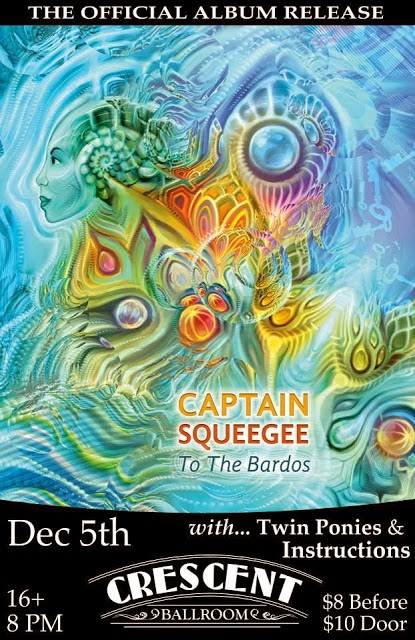