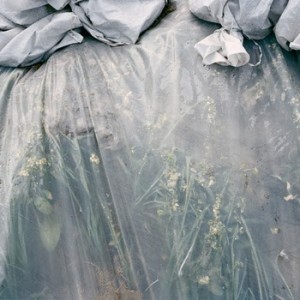 Just because Stephen Steinbrink moved on up to Olympia doesn’t mean he’s going to stop tagging his albums “Arizona”. Thank goodness. The beautiful, experimental, pensive pop of Steinbrink is simultaneously uplifting and sobering, a dichotomy that must be heard to be understood. Though Stephen is a multi-instrumentalist he assembled a stellar musical team for the album including Andrew Dorsett, Jen Grady, Ashley Eriksson, Eli Moore, and Tom Filardo. Whereas his 2012 release, I Drew A Picture,  does indeed paint a desolate and painfully human image of a much-changed, yet somehow unchanged,  Arizona,  Arranged Waves continues the narrative of the musician’s adventures, shifting back from the speculative to the self-reflective. Every album from Stephen Steinbrink is a must-hear. Arranged Waves is no different. Listen and purchase here. 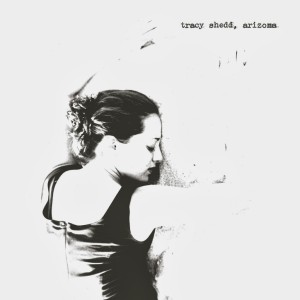 Sometimes it takes a little distance to really gain the perspective needed to write about one’s hometown. At least, it certainly seems that way for Tracy Shedd. After leaving her longtime home of Tucson for North Carolina, the singer-songwriter released her first acoustic and most introspective album to date, aptly titled Arizona. The album opens with “Sweet Talking”. Fans of Shedd will immediately recognize a difference from previous releases. Shedd is joined by guitarist (and husband) James Tritton and guest vocals were provided by Ivan Howard (of The Rosebuds) and Dennis Witmer, Naïm Amor, and Howe Gelb (of Giant Sand). You can preview a couple tracks from Arizona, including Shedd’s cover of Sonic Youth’s “Teenage Riot” here. The full album is available from New Granada Records here. 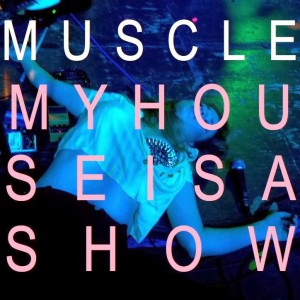 My House is a Show

The ladies of Muscle (Kate Feldmann and Abby Black) were only Zonies for a short time while attending the Conservatory of Recording Arts and Science but they left a lasting impression. It was here they were joined by Zach “Coolzey” Lint before journeying onward to L.A.  Fuzzy garage rock paired with Feldmann’s sugary voice that does not sing about sweet things. Definitely way more grrrr than girly. “True” and “Most Compatible Sign” appeared on an early EP from the band, but both are two of my favorite songs so I was thrilled to hear them re-recorded for the full length. The newer tracks show the band pushing toward a darker and more experimental sound as heard on “This One I Know” – a song I’m particularly taken with. “Our Days” holds more to the Muscle I remember from their Phoenix days: angsty; blurring pop and punk in their own distinctive Muscle way. Alas, it looks like this might be the last album from the group as they are disbanding. I guess if you have to go, go out with a bang. You can preview the album through their label, River Jones Music, here. The album is also available for purchase through iTunes here.