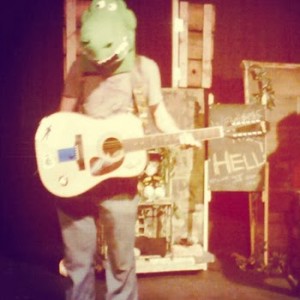 All My Friends Are Dead (The Prehistoric Demo “Tape”)

Peter Kullkowski aka Dinosaur Love loves dinosaurs. A lot. And All My Friends Are Dead (The Prehistoric Demo “Tape”) is proof of his adoration. Now, the acoustic-blues-comedy-dinosaur genre is not the most populated category out there, but if it were, Dinosaur Love would be right at the top of it. The first track, “Godzilla’z not a Dinosaur” is an ode to truth in film and archeology. As the song points out, “dinosaurs aren’t from out of space, nor shoot lasers or radioactive fire” – Godzilla does those things”. So, for those of you who believe Godzilla was a dinosaur, he is, as Kullkowski points out, “like a dinosaur – but not”.

While, “I love Dinosaurs,” “Veloclraptors,“(sic) and “Until the Ice Age Comes,” are worthy contenders, “Jurassic Park was bullshit” is my favorite track. And not because it’s one of my most favorite films, nay, it’s because here Dinosaur Love gets to the heart of the matter: “If you bring a T-Rex back to life, of course he is going to eat people.” And well, you just can’t argue with that. I give this 8 out of 10 stegosauruses.  Listen to All My Friends are Dead (The Prehistoric Demo “Tape”) here. 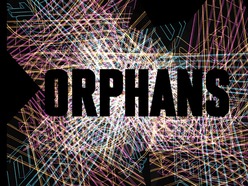 What do you get when you combine terrific melodies, guitar work that is reminiscent of British pop and drums and bass that seem to float in mid air but keep everything grounded? You get Wrong Again by Orphans. I’ll get to the music later. Lyrically, Orphans really blow me away. And their music is the perfect setting for story telling. It’s unclear who is writing this prose, but I found myself listening intently for the next line. Well done.

As far as the music goes – at first blush one may say it takes a backseat to the vocals, but it is by far no bastard. On the first track, “Echo”, the guitar hook, provided by Lenny Solis, is unbelievably memorable. Not only that, but his style creates a broad canvas of sound that allows the bassist, Carlos Crook, and drummer, Nicole Kizer, to fill in the space with a solid enthusiasm that needs to be applauded. Edgar Ochoa, vocals, keyboards and guitar, nails his performance on each and every track. His voice is perfectly suited for the music. On “Lose the Messengers” Kizer adds a higher pitched background vocal that is simply superb against Ochoa’s melancholy tenor. “The March South” departs from the sonic burst of sound of the other tracks. A ballad with a delicate piano lead, with guitar, bass and drums in tow – it’s Ochoa’s best effort and shows the band’s diversity. This is a solid album. I liken it to many of the British and Shoegaze bands I dig, but this cast, especially the palate of sound provided by Solis, reinvents this sound and is worth a listen. Check it out here. 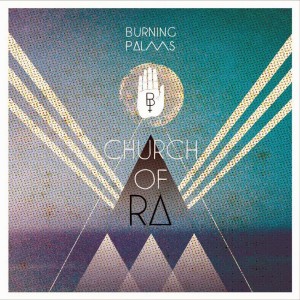 Church of RA is the newest effort from Burning Palms and um, yeah, it hits a very sweet spot. This is the debut album* from the alternative band from Tucson and they have a pop sound that is hard to resist. Cut from the cloth of the Cocteau Twins, every track, from “Pyramid” the opening song to “Thedious” the closer, is a feast for the ears. I definitely enjoyed the guitar and drum tracks. They definitely payoff the band’s self-described, “Egyptian temple Lo-Fi”, label. I’d like to give credit where credit is due, but their Facebook page is sorely lacking info – so, whomever the singers are – you’re great. That goes for the rest of the band as well. Make sure you check out Church of RA here. Word has it there are still a few cassette tapes of the album so hurry up and place your order!

*Correction: We originally ran that this was the second album from Burning Palms, but it was actually their debut! Sorry!