This week we have new albums, new venues, and new adventures to be had for you adventurous types. The rest of you can keep watching TV until your eyes bleed. For even MORE events around AZ, check out our Upcoming Shows page.
The Senators have assembled quite the cast to help celebrate the release of their album. Some of the Valley’s best and brightest will be sharing the stage at the Sail Inn so head on down this Friday (also known as tonight). 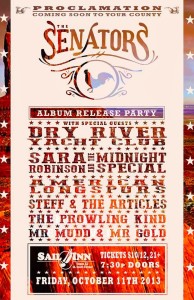 Don’t miss the grand opening of Axiom this Saturday. The latest venue to open on the Westside has arranged for a stellar line-up to kick things off. 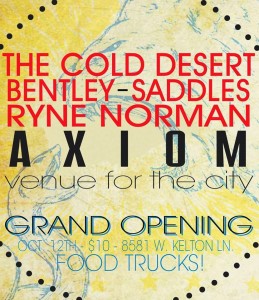 Sunday at Tempe Tavern will get you feeling extra lively before facing the weekday trudge. Join Bob Domestic for Domestic Sundays along with Kalen Lander, Slogan, and more. 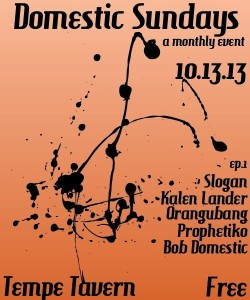 Axiom is two for two this week making our Top List twice in its first two operational nights. Sunday, The Lions Club will be joined by Avalon Landing, Old Hours, and April Bird. It will be an indiefolk spectacularama. 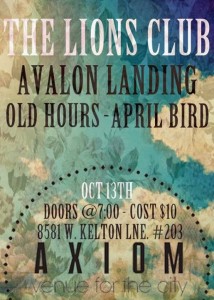 Have a mid-week musical adventure at Last Exit Live with some acts we already know are awesome (like Lee Perreira and Fairy bones) and others we’ve been aching to see (Sol’Ride). Danger and intrigue await. 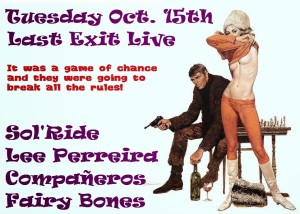 Tags: Show Picks of the Weekthings to do