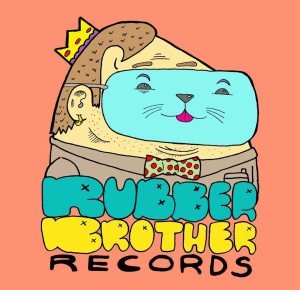 It’s hard to keep up. We’re short-staffed and Rubber Brother Records keeps making shit happen so fast we’re starting to slip behind. Following their music festival that spanned two weekends and two cities, they had another release show just this past weekend at Cartel in Tempe. Let’s just all take a breath and we’ll try to move through this together…

For those of you not already in the know, Rubber Brother Records is the newest project from young upstart Robbie Pfeffer. The label is set on bringing back the tape trade and getting Arizona’s best (and weirdest) bands ready for action at home and beyond. We here at YabYum have rekindled our cassette love and already have acquired quite the stash thanks to RBR’s onslaught of releases over the past few weeks.

Let’s start with some of my favorites from the Rubber Brother Catalogue.

Petty Things was probably my unexpected favorite from the bunch. Their release Chasing the Sun has enjoyed considerable airtime since it came into our possession. Angsty rocknroll that still manages to embody a reckless fun hued with innocence rather than debauchery. I was super excited to score the Petty Things / Numb Bats split release (NUMBTHINGS) this past weekend and catch the acts live. Numb Bats secured their place amongst my favs early so I was extra stoked (do people still say “stoked”?) to hear the group signed on to Robbie’s brood of misfit rockers because it might mean more shows and more tapes for fans like myself. 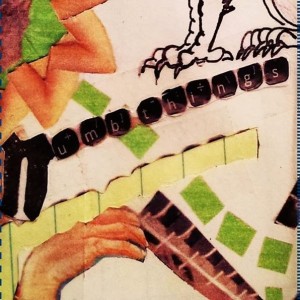 TK & the Irresistbles‘ Oh Yeah!, The Thin Bloods‘ Twin Tumors Vol. 1, Naked Pizza’s This is Not an Album, and the Echo Bombs’ Alive in Vegas are proving some of my favorites of the tapes released during Rubber Brother Fest but I’m still trying to absorb all the new music procured during the label’s still short lifespan.

I haven’t yet even gotten tired of the releases procured earlier this summer when RBR kicked things off. Wolvves’ Live Forever, Playboy Manbaby’s Obsessive Repulsive, and Diners’ Throw Me a Ten set the soundtrack for my summer, and what a lively summer it was as a result.

For a complete list of the Rubber Brother releases available for streaming, I suggest heading here for Rubber Brother Records’ Bandcamp page. Also, check out their online store here where you can stock up on all the tapes you haven’t yet purchased… or, at least, those that haven’t already sold out.

We’ll continue our quest to keep you apprised of Rubber Brother Records and their lively menagerie of musical merry makers.