The music industry is changing and it is more important than ever to throw your support behind projects you want to see get off the ground. Here are five Arizona projects looking for that extra push needed to actualize their vision. Kick up what you can and earn some cool rewards for your contributions at the same time!
_

The grassroots Dia de los Muertos PHX Festival is ready for Year Two but the Cultural Coalition responsible for organizing the event needs community support for their project. Unless you want every cultural expression found in our fair state brought to you by Pepsi Co., I suggest helping these events happen. Some rare and interesting offerings await contributors. Read more here.

Greenwood Sidee has been playing around Arizona for quite some time and now they’re ready to lay their songs down an official album. The band needs some help getting into the studio and getting their record made. That’s where we come in. You’ll get something in return, like your own copy of Ghost Train or a homemade dinner with the band or even a concert in your own home. Head here to contribute.

_
Get Dead Ringer into Print!

Dead Ringer is a full-length graphic novel from writer Brian Augustyn and John Derrick West set during one of Chicago’s worst winter storms. Brian has written for just about every major comic book publisher and now he’s ready to embrace the freedom avaiable to the self-publisher without sacrificing the boons of professional publishing. Backers can score signed copies of the printed graphic novel, original artwork from Derrick West, or even a “background role” in the novel itself. More here. 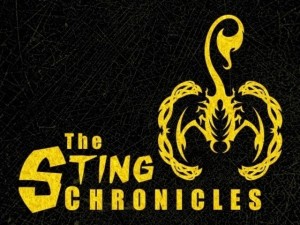 Contribute to Season Two of The Sting Chronicles!

The Arizona-based webseries by Phoenix filmmakers is set for its second season. The entire first season is available for streaming online here. The Sting Chronicles is a comic book satire centered around a young man who believes a scorpion sting has given him super powers. Learn more and contribute here.

Kick up for a Murrieta record – A Head & Hand!

Folk rockers from Mesa, Murrieta, have been working hard to get their album recorded and it’s just about ready to be unleashed on the public… almost. They need a little extra kiggity to get their big plans underway. Backers can receive a hi-five from the band, an early track from the album, even a personalized acoustic video performance or pizza party with the band. Learn more and contribute here.