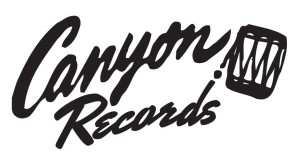 Would you have guessed that Arizona contains one of the oldest, independent record labels in existence? At 62 years, Canyon Records continues to distribute and promote all kinds of Native American music. From traditional to contemporary, pow-wow music to healing songs, Canyon Records has it all!

An incredible story lays behind Canyon Records origin. In 1948 Ray and Mary Boley opened the first recording studio in Phoenix: Arizona Recording Productions. According to their press release, “Ray was asked by the Phoenix Little Theater to record a Navajo singer named Ed Lee Natay…Boley was so taken with Natay’s singing that he recorded a collection of songs titled Natay, Navajo Singer.” Canyon Records formed in 1951, and began selling copies of Natay’s album at that year’s Arizona State Fair!

So that’s how it all started. What propelled Canyon Records to international recognition however was a Native American flutist by the name of  R. Carlos Nakai. Ray contacted Nakai in 1984 asking him to distribute his latest album Changes. By placing it in New Age stores, retail shops and art galleries, Canyon Records and R. Carlos Nakai would help usher in a whole new era of Native American music in the ’90s.

In 1991 Mary Boley passed away and one year later Ray sold Canyon Records to Robert Doyle, an employee of Canyon for over 10 years, who began working with Nakai in bringing the sounds of Native American flute to a wider, “Non-Native” audience. Nakai earned Canyon the only two Gold Records in Native American Music, for Earth Spirit and Canyon Trilogy, with the latter close to achieving Platinum status.

Fast forward to the present and “30 Grammy nominations, one Grammy Award, two Governor’s Artist of the Year Awards and 33 Native American Music Awards” later and you can begin to understand how the over 400 releases, which collect songs from tribes across the U.S. and even Canada, have impacted an often marginalized history and culture.

There’s very contemporary music on Canyon Records as well. Their latest release, which came out October 1st, is Gypsy Bells by Brianna Lea Pruett. With ghostly folk sound, this is Brianna’s first album on vinyl (she has 4 previous) and Canyon’s first release on vinyl in 30 years! With delicate guitar work, beautiful harmonies, and a variety of accompanying instruments, I highly recommend delving into Brianna Lea Pruett’s work and Gypsy Bells here.

And that, my friends, is history! May Canyon Records continue to prosper into the future by recording and releasing albums of all Native peoples.

With more history, including some great videos, check out the Arizona Experience page on Canyon Records as well.