I was very excited for an opportunity to go Behind Closed Doors with Small Leaks Sink Ships. We at YabYum have been fans since Ryan handed us a cd with a couple tracks on it outside of the Rogue in Scottsdale oh-so-many years ago. We’ve been hooked ever since.

We met the band at a house on Oak Street where the band has set up a recording space in, yes, the basement. Fans of Small Leaks Sink Ships might recognize the title of the band’s EP implied somewhere in there (see Oak Street Basement). London met us at the door and led us downstairs.

Jim and Judd were aimed at a computer in the studio picking through tracks. Old coffee cups litter nearly every available surface. Jim has a recently procured cup of gas station brew sitting between his knees. Judd might be working on anyone of a dozen cups sitting on his desk. I think an intervention might be in order.

Usually when we meet up with a band in their rehearsal space they’re getting ready for an upcoming show, but today I find out that switching between recording and performing modes can be a bit arduous and this week they band is focused on recording. If you’re familiar with Small Leaks’ sound this probably doesn’t surprise you. Complicated arrangements, richly layered and vibrantly dynamic, take thought and time to develop and deliver. Also, Small Leaks never delivers the same show twice. For the super fans – the ones that know the all words and come to shows as often as they possibly can and actually buy your album – seeing the same set a dozen times can wear down your enthusiasm so changing things up a little here and there can help keep it interesting. SLSS usually commits three to five hours a day to preparing for a live performance beginning a few days before the event. The rest of the time, they have their caffeinated attention  latched on to one thing: making the new album.

We were offered an early sample from the impending LP. As we’re listening to the track, Ryan makes his way into the recording space with, I kid you not, an inhumanly large mug of fresh coffee. London is drawn in by the smell and makes a grab for the cup. Ryan obliges and the conversation turns to dark roast while the song played on. Coffee fiends, every one of them. 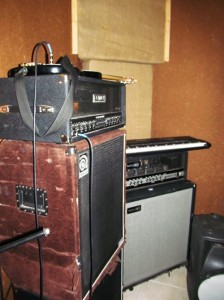 I guess that’s what it takes to make a masterpiece: time, vision, and coffee.

I’m told the only missing member today is Raphael. His absence has something to do with a slew of children. He apparently has between 5 and 15 depending on which band member you ask but I think these might be exaggerated figures. He doesn’t miss the shows or the days he’s needed for recording, but the hours devoted to the painstaking process of mixing are the contentions of the rest (mainly Judd).

The impending release can be viewed almost as a continuation of Oak Street Basement, the EP we all (should) know and love. The songs currently underway in the studio were initially planned as part of a 16-track album that included the songs from the EP as well. However, when unexpected events altered the trajectory of the band, they decided to remain adaptable and changed their release plans.

The band members agree they try to keep their progression organic. That’s probably the best plan anyone can have. A clearly laid-out path between where you are and where you want to be can be swell, but only if you allow yourself to remain pliant and adaptive because you never know what diversions and obstacles will disrupt your life plan. Small Leaks Sink Ships has certainly had more than its fair share of obstacles over the years but they’re continuing to move forward. 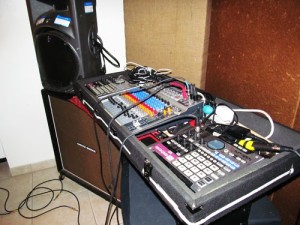 As it stands, they have ten months of work already invested in their full-length album due out sometime next year. Mixing proves a bit more daunting (and time-consuming) than recording. Small Leaks Sink Ships will be taking a very brief break from recording for a short tour in November, but then they’ll be back to the basement, coffee in hand, to finish up the album. They’ll be performing at Last Exit Live on November 21st as part of that tour so mark your calendars!

Before that, however, you can catch Small Leaks Sink Ships at the Firehouse in Phoenix as part of First Friday Night Live: a monthly event featuring sketch comedy performances and live music hosted by Beef Vegan this November 1st. We hope to see you there!