I’m Brandon Huigens – I’m a 35-year-old cartoonist residing in the Garfield District of downtown Phoenix. I’ve been writing and drawing minimalist comics here in town for almost 12 years. Primarily, I’ve self-published for most of that time; currently, my comics are published by Aaron Hopkins-Johnson at Lawn Gnome Publishing. Over the years, I’ve probably put out about 50 mini-comics on my own, ranging from 12 to 64 pages per book. As for how I’d describe my work, I think my girlfriend Morgan McNally described one of my latest comics, The Baseballcats Win the Pennant: they’re jokes for people that suck at sports. I think that’s an apt description of my comics as a whole.

During my 20s, I worked at Samurai Comics here in town for several years and got super, super interested in independent and small press comics. I attended the Alternative Press Expo in San Francisco in 2001 with David Bessent and met a cartoonist named Jeffrey Brown. I read his graphic novel, Clumsy, from cover to cover immediately and, though I’d been voraciously reading independent comics for quite awhile, I was blown away by it’s honesty, it’s frailty, and what it said about broken relationships and small moments. Clumsy made me feel like I HAD to start making comics immediately, even though I’d never taken an art class and considered myself more of a writer. I went home and had my first mini-comic – a crudely-drawn collection of autobiographical stories called Hi. My Name is Brandon – finished in less than a month, and Samurai helped me publish it. After that first comic was completed, I was hooked on creating comics, and I knew it was what I wanted to do with my life. I started selling my work at Samurai Comics, and gradually, as I made and more more comics, I began selling and giving away my books any place that would take them: book stores, record shops, doctor’s offices, bars, libraries. I used to go to corporate book stores and sneak my books onto the racks. I’ve been in an acoustic comedy band called The Multi Award Winning Male Pattern Radness for almost a decade. Ryan Lossing and I made a few band-inspired comics together, and from then on, we’ve always sold or given away mini-comics at our shows when we had them. 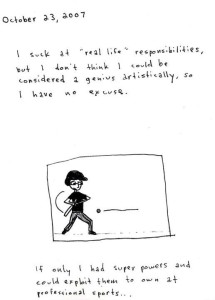 I love Woody Allen and Wes Anderson movies. My comics heroes include Robert Crumb, Harvey Pekar, Jim Mahfood, James Kochalka, and Jeffrey Brown. My friends inspire me greatly; my girlfriend and daughter provide more inspiration for a dozen lifetimes. Watching kids make comics and art makes me very happy. As far as design, I like cute, simple, and old-timey. Charles Bukowski and Kurt Vonnegut are my favorite writers.

I love Downtown Phoenix, and I like that I feel as if what I do artistically has the potential to make an impact in my own community. I’m not sure what it’s like in other places, but I feel like it’s not like that everywhere.

Currently, my weekly strip “meanwhile, at the diner…” will begin appearing at the end of September in the Chow Bella section of the Phoenix New Times, both online and in the magazine. I’m doing all the artwork for the upcoming New Times Pie Social, and I’m the Art Director at Welcome Diner – I make all the menus and gift certificates. My newest work can always be found at Lawn Gnome Books on 5th Street and Garfield and online at comicsfornerds.com. 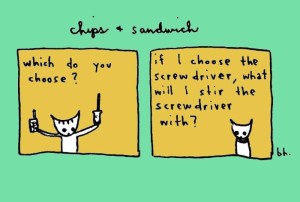 I’d be pretty into getting invited to do a really cute live art mural at the White House and then winning a really close 3-point shooting contest over Obama on the very last shot. Other than that, much of my purpose for existing is to show my daughter to do what she loves and never quit anything for anybody else. I am planning on eventually taking a trip to visit every Major League baseball stadium in an RV and making a journal comic about it. 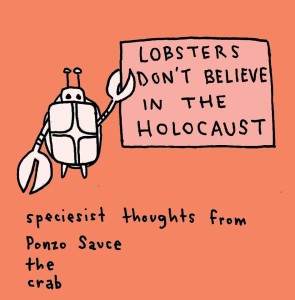 I don’t really have one, per se, but I will share a story that I think of often: when I was in high school, I didn’t do well, socially or academically, but I worked on the school newspaper as a writer and editor, and it was my passion. I ditched my other classes just to hang out in the newspaper office and work on layouts. My teacher for the course, Steve Jeras, pulled me aside during a time when I was dicking around  lot, feeling sorry for myself, and not being productive. He told me that I was great at starting things, but I was terrible at finishing things. He didn’t tell me that it was a predicament that would plague me for life if I didn’t pay attention to following through, but that came to me a lot later. Every single time I finish a comic, I think of that, and even though making comics been a long, tenuous dozen years, I’m finishing, one day at a time. 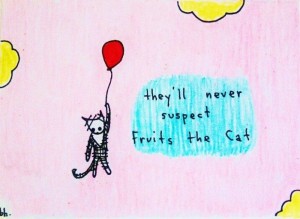 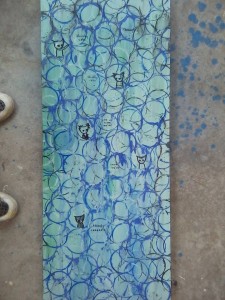 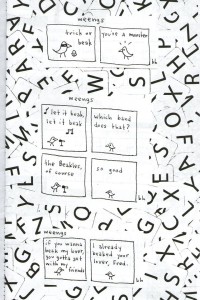 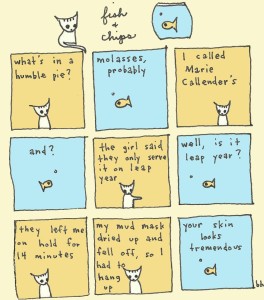 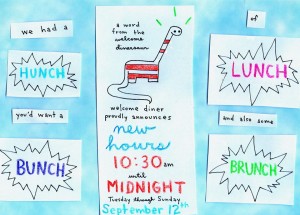 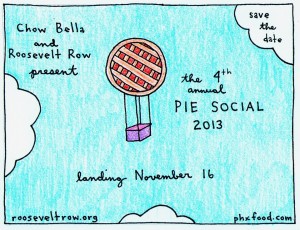