Who is rocking Tucson?

I admit it. I’m guilty of being a Phoeniciphile when it comes to bands. So, I jumped out of my fishbowl and went in search of a couple of Tucson bands that are making some noise. Good noise.

Steff and the Articles, The Modeens, Otherly Love and Jacob Acosta are just a few acts who, to me, stand out with their own unique styles and have a very good sense of who they are as a band/performer. I found out how they fit into the music scene of Arizona.

Steff and the Articles have been together for a three and a half years and have a collection of progressive pop tunes that are velvety as they are melodic, featuring Steff Koeppen’s lush vocals. 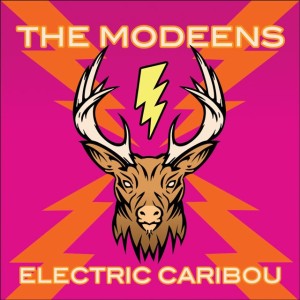 The Modeens are simply. Just. Fun. 60’s inspired rock, loaded with catchy (in a good way) hooks, keys, and the pop pop pop of the drums are a throwback to the garage and remind me of The Byrds, and even early Cream.

Otherly Love has been profiled here in Yab Yum recently when we reviewed the Dune Drift compilation from Topaz and I described them as a jingly jangly alternative hook machine that is hard to ignore.

And Jacob Acosta, who is currently on a solo tour supporting his 2013 album Chants of Diplomacy, but is also a member of Race You There, an alternative rock project he has been with since 2009, and Roll Acosta.

Make sure to check out the band’s links, updates and announcements at the end of the interview.

Frank Ippolito: How long have you been together?

Steff and the Articles: Since the end of 2009 – about three and a half years now.

The Modeens: This lineup has been playing together for about three years now in the Tucson area. But Jamie and I started the band back when we lived in Venice Beach, about 2006. It’s gone through a few evolutions over the years.

Otherly Love: I think we started in 2008 as an excuse to go on a “Tour”. Which was really just a road trip where we played 4 shows and made a few bucks.

Jacob Acosta: I have been playing regularly in Tucson since 2008. I play with the bands Race You There, Roll Acosta, and as myself Jacob Acosta. I like making music here in the Old Pueblo.

How is the local music community there?

SatA: There’s a fairly tight knit community of musicians and artists here in Tucson. There are not as many venues as in the Phoenix area, but it’s nice knowing the handful of spots to go for good music. There’s definitely an eclectic blend of genres going on over here, with much less of a “pop” scene. 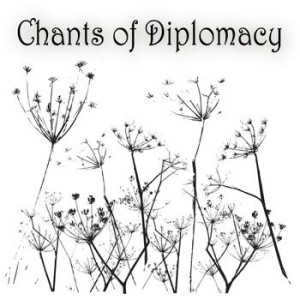 TM: It’s a vibrant, eclectic group of people in Tucson. Even though there’s a certain emphasis on rootsy, Americana-flavored music, you can also find a lot of hybrids blending gypsy with mariachi or African jazz with metal (well, i don’t think that last one has happened yet, but if it did, it would happen here).

OL: Its great! I love Tucson musicians. It’s a cool scene, I feel it really gives you the opportunity to play the music that naturally comes to you (whether people choose to do that or not is up to them). And audiences really react to musical uniqueness.

JA: I think the local music community in Tucson comes in waves. There are some great bands that pop up and unfortunately disappear. I don’t think it’s more or less a shortage of great artists because we have a ton.

Do the bands support each other?

SatA: Absolutely! As local artists, we all know what it’s like to promote a show and it seems like everyone is supportive of each other’s endeavors.

TM: Yeah, we all try to go to each other’s shows and lots of times we end up in each others bands. It can get a bit incestuous.

OL: There are little clusters of bands that support each other. But it never feels hostile.

JA: I think for the most part, many bands and artists are very supportive of each other. In fact, I’ve collaborated and shared a stage with a good amount of the artists.

Do you feel detached from the Phoenix community being based in Tucson?

SatA: Not at all. In fact, many people don’t know that we’re based in Tucson. For a while, we were playing in Phoenix more than Tucson and consider ourselves just as much a part of that art community.

TM: Hmm, that’s a good question. We first moved here about five years ago and didn’t know much about Phoenix. But in the past year or so, we’ve been meeting musicians from Phoenix (Serene Dominic, The Breakup Society, Prowling Kind), did our first show at the Sail Inn and now we’re starting to include Phoenix bands in our booking and looking to play in Phoenix again soon. There’s definitely a lot of great talent in both pools and we want to join forces more often!

OL: I do, I wish I didn’t. I have made it a point to play Phoenix many times but I just haven’t connected with the right people there.

JA: Well, more lately yes. Phoenix venues like to cater to and stack their Phoenix bands when they do shows. I understand the business side of getting people in the door, but it also may stagnate and keep out the different types of great music that is available is Arizona. But I try from the band member perspective to have Phoenix bands on some of our bills whenever possible to try to break some of that stigma.

How would you describe your music?

TM: Energetic, organic & fun. We combine elements of garage, classic rock, early punk and even some country, and never take ourselves too seriously.

OL: It’s music I feel like making and writing. Its always changing and I always wanna try new styles.

SatA: We’re working on an EP that we intend to release before the end of the year. We also hope to do some more touring outside of AZ (we just returned from out first West Coast tour at the beginning of the summer).

TM: Just the never-ending process of writing and learning new songs, perfecting the old ones. Maybe some recording in the fall too. Gonna explore playing outside of Tucson more, too.

OL: We have a new album in the works that I am excited about. And we are going to France in October with some amazing Tucson bands for this thing called the “We Got Cactus Tour”.

JA: Both bands are writing new music, as am I with the solo material. We are always doing something interesting. I will definitely be touring a bunch in the next year.

Steff and the Articles can be found here. Their Kickstarter to fund a new EP is here.
The Modeens are here. Otherly Love here. And Jacob Acosta is right here. 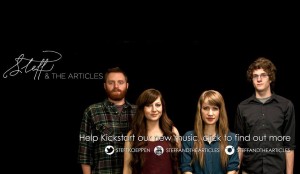