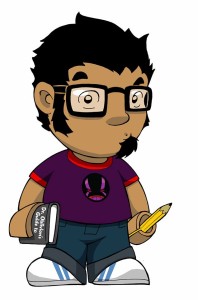 My name’s Jeff Pina and I do a couple of Self-Published and indy titles. i’m known best for Dr. Oblivion’s Guide to Teenage Dating, SuperPawn and Imaginatives.

I’ve been drawing Imaginatives since high school, but I really got started with Dr. Oblivion in late 2005. I found a print-to-order company where I didn’t have to order thousands of copies to get started. THAT was the big hurdle.

I’ve been wanting to make comics since I was twelve. My wife describes me as “a writer that draws”, which is getting more and more accurate as I get older. I just love telling stories and as morbid as it sounds, you don’t live forever!

I have a lot of family up in Prescott and my grandfather was born in Jerome. I’m a SoCal boy, growing up in La Quinta (in Coachella Valley) . I met my wife here, I graduated here. Originally I was going to head back to SoCal when I graduated, but AZ accidentally became home. 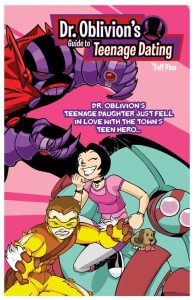 I’ve got Dr. Oblivion in shops in Arizona, Las Vegas and SoCal, and SuperPawn is a backup feature in Big Dog Ink’s Critter (so if your shop doesn’t have that, it’s in Previews and ask, nay, DEMAND they order it, lol!). You can also look up my site and become a fan on Facebook by looking up Sideways 8 Studios.

To complete Imaginatives & Dr. Oblivion’s story. Have kids. Be on a Star Trek episode. Make it past 90. Work on a Marvel or Archie book. Continue to get better and stay relevant, rather than become an icon and stagnate after. Make my cats into robots after their fleshy bodies give out.

Create something everyday. Several somethings, if it’s a good day. 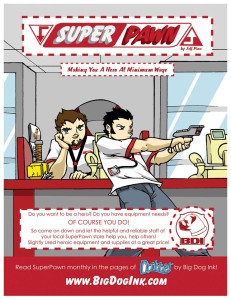 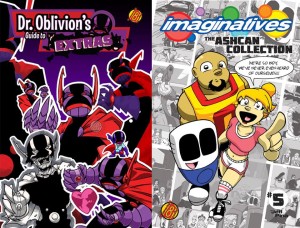