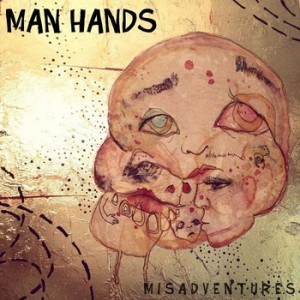 The second album from Phoenix’s Man Hands contains all the super cool garage punk you could possibly want. Misadventures opens with the title track: a ruckus good time that set a fast pace and feisty attitude for the whole of the album. The rampage really gets underway by “Fatal Flaws”, the third track on the album. Jackie Cruz’s shout-it-out vocals connects with the inner fist pumper in all of us. Joined by Matt Spastic on drums and Jacob Howard on bass, Cruz and Marcus Berry complete the quartet with both on guitars and vocals. For all you jerks that say punk is dead, I say nay: Man Hands Lives!! The band is about to launch their “Eat, Pray, Love” tour at the end of the month starting with a Tape Release/Tour Kick-Off show on August 24th at the Lost Leaf (more info here). Spend some time with the album and, if you want to be even cooler, get your own copy on cassette tape. Both can happen here. 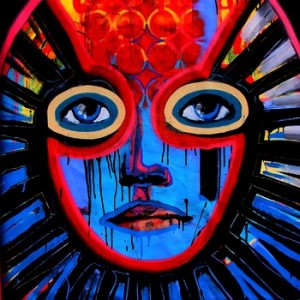 The music of Michael David Little has a hypnotic quality that lures the listener into a web of quiet dreamlike reflection. The repetitive introduction of “Trips to Town” gives way to the intriguing layers of “Scrabble” and, just like that, I was hooked on Laser Beam Prayers. For those of you familiar with Michael David Little, the man or the artist, you won’t be surprised to hear me say that the album is perhaps a little strange. Strange and beautiful. I saw a live performance by Little perhaps a decade ago now and, for seven years after that single show, I had a line from one of his songs stuck in my head. Seven years. His music music stays with you like an image you can’t shake: a shared look from a new love or a witnessed tragedy. Spend some time with Laser Beam Prayers and you’ll discover what I mean. “Driftwood” in particular will haunt your days if you give into the repeat button. Listen (and purchase) the album here. 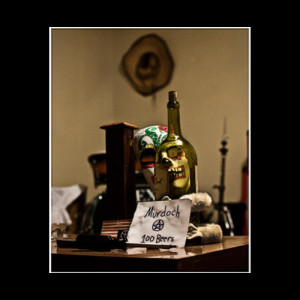 What happens when you take the gritty energy Bryant Vazquez brings to Vagabond Gods, the passionate vocal stylings of Them Savages, and the bassist from the Christian hardcore group Redeemer? The answer is Murdoch, a Flagstaff super group full of righteous anger and wicked, driving musicality. The 100 Beers EP stands as a testament to the potent powers of alcohol and rocknroll when consumed together. “Woman King” might be my favorite song on the five track EP, touching upon a familiar theme with all the fervor Murdoch delivers every time. Spend some time with this EP before the group begins recording their follow up (and final album) in September. Who’s excited for the next release? We are. Until then, please enjoy the 100 Beers EP here, safely and responsibly. 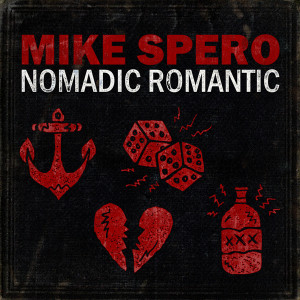 Mike Spero might be the bassist for Authority Zero but he’s a pretty rad solo musician as well. Nomadic Romantic has a very Tempe sound: approachable, authentic, and insightful with the rough-around-the-edges kept in tact to add to the overall charm. Without the pop and flash of the catchy indie tunes the kids can’t seem to get enough of these days, Mike Spero offers an earnest, easygoing rocknroll that captivates the listener with the underlying storytelling aspect as much as the melodic jams. I was pleasantly surprised to discover Spero’s musical talents aren’t limited to the bass; he performs all the instrumentation on Nomadic Romantic. Recorded in Tempe at Bird Flu Kitchen Studios, Nomadic Romantic is a must hear for local listeners. Check out Mike Spero’s solo debut here. 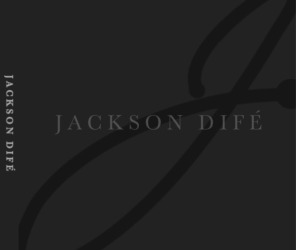 Jackson Difé
The earthy blues rock of Jackson Difé (pronounced dee-fay) heard on their self-titled debut album makes for a great summer listen. Think road trips and backyard barbecues. Songs like “On My Way” and “The Wish You Well” show the band’s more mellow, indie-rocking nature without losing that bluesy backbone that defines Jackson Difé. Singer and songwriter for the band, Chris DeGreen, is well met by the solid musicianship of his bandmates: Bradley Ekstrom, guitarist Adam Price, and bassist Tim Caggiano. The album tells a dark tale so you should invest a few listens to get the whole story (or read the back story on their website).  The band had been slated to perform at the Benefit for Mr. Dan Somers, who co-produced the band’s self-titled debut, but it looks like a sudden relocation of singer Chris DeGreen might take the group off the AZ tour circuit for the time being. The debut from Jackson Difé is available for streaming and purchase here.