You should know by now, dear reader, that we at YabYum love showing support for our local music and arts community. More than just album reviews or artist interviews, we also like to gather the latest fundraising efforts from different folks and present them to you here so that we can see more worthy projects reach their financial needs. We all have to help one another make art happen.
_
Northern Hustle’s Debut Album Forgether
Starting just last year, Northern Hustle has already written and recorded an entire concept album and only needs your help getting Forgether printed and distributed. Comprising of main duo Drew Dunlap and Jonathan Malfabon, these boys are offering some pretty cool swag in exchange for your cash dollars. Nowhere, in any of the fundraisers I’ve viewed and contributed to have I ever seen, “For $50, Drew from Northern Hustle will draw…[a] detailed custom illustration of your spirit animal chosen by Drew including text explaining your spirit animal.” Pretty flippin’ cool.
_
Lee Perreira: Melodies For Marie EP
First mentioned in our Dust Circuit Radio article, Lee Perreira’s first solo album Melodies For Marie (named in honor of his Grandmother) is being released in September and he needs your help getting his merch line up and running. His release show is set for Sat. Sept. 7th at the Sail Inn and promises to be a doozy. Not only is the list of confirmed bands monumental (Avery, Banana Gun, decker., Hunter Johnson, Japhy’s Descent, PALMS, Sara Robinson and Sasquanaut to name but some), but Dust Circuit Radio will be broadcasting the event live!
_

Now this here is cool. Tucson creator/writer/artist Jenn Corella has teamed up with artist Eng Chee and a handful of other creatives to deliver Perish, a new horror comic. They need funds in order to pay the creative team and cover printing, shipping and Kickstarter awards costs. Based in the small border town of Parrish, Arizona the comic “merges classic horror themes, based in Latin Mesoamerican mythology for a unique vision.” Told you it was cool.
_

Tempe based Simply Three has three simple goals: tour Utah and Idaho this fall, record three new songs and film three new videos. Easier said than done though, right? They need your help in order to fund this undertaking as they “will stop at nothing to record, film, and go on tour!” Teaming up with sound engineer Paul Richards and videographers Jake Groves and Jeremy Whited, the trio promises to deliver high quality sights and sounds.
_

This weekend, several Valley bands are uniting for a fundraiser to benefit Sarah Miller and her family. Sarah has been battling brain cancer and the family needs help raising funds for hospice care and funeral costs. Snake! Snake! Snakes!, Future Loves Past, Field Tripp, Marc Norman, and more share the bill this Saturday at the Rogue in Scottsdale. For more about the event head here.

To make a direct donation to the Millers, head here. 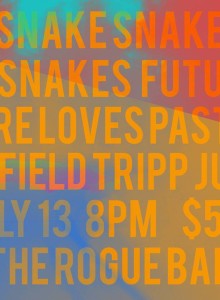 _
KUKQ Phoenix: How to Help the Victims of the Yarnell Hill Fire 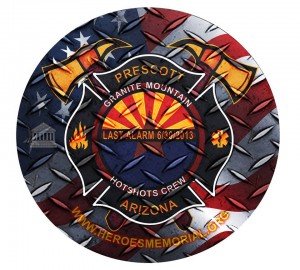 Now normally we at YabYum focus on the art and music side of fundraising. However, when we saw this post from Arizona internet radio station KUKQ on how to contribute to the legitimate charity’s benefiting not only the victims of the Yarnell Hill fire but the families of the fallen Granite Mountain Hotshots as well, we knew we had to share.