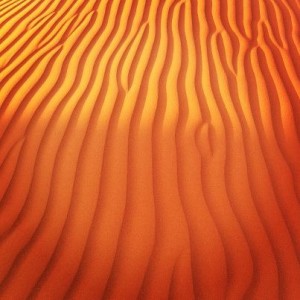 When I first learned about Dune Drift, a compilation of Tucson bands released by Topaz, a community art space, I was pretty excited. I don’t get to Tucson near enough to listen to live music, but the stuff that I have heard from The Old Pueblo I enjoy tremendously.

I feel Dune Drift has something for every musical taste – Rock, Alternative/Indie, Shoegaze, and Chill.

Disclaimer: When I get a new album to listen to, note: listen to, not “review”, I go into fan mode. And the first question I always ask myself regardless of the genre is, “Does the music capture and keep my attention?”

And the 17 tracks on Dune Drift did just that.

There were a couple of tracks that I totally dug and felt, “Yeah, I want to hear the rest of that record!”

“Aroma” by Otherly Love is a hooky/catchy phrasy/guitar-licky track straight out of the 60s. It’s nearly impossible not to like it.

Lori Lechien & Daniel Lutz weave a terrific story set to a country folk tune with harmonies that are superb. And, even though it’s a cover of the Abner Jay tune, “I’m So Depressed” is a must listen.

Womb Tomb’s “That’s fine” is an assault on the ears that walks the line between hard core and rock. It’s
terrific – and it’s in Spanish. Felicitaciones y buen trabajo, amigos.

And I really liked the ambient instrumental duo Sleep Like Trees. The pop rock jazz fusion thing that they got going on is spot on. And they come in with the longest title of any song known to man, “Don’t tug on that, you may never know what it might be attached to”.

Great sounds from Tucson I must say. Looking forward to catching these bands up here or better yet, down there soon!

Dune Drift can be streamed or bought here.