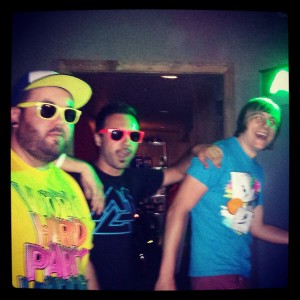 The Rocktronica Show at The Rockbar, say that fast three times, in Scottsdale on Saturday night was in a word: a blast. OK, maybe that’s two words, but it was.

The night showcased four local Rock/Electronica bands, Russian Arms & Optics, A Life of Science, Zero Zero, and Tigerface, who closed out the show.

As it was an early start to the show, the sun was still coming in through the windows of the Rockbar. It was a bit weird, but RAAO didn’t seem to mind. This dynamo of a five-piece band roared through their set. The mix of guitars, synthesizers, drums and thumping bass combined with great vocals made them the perfect choice to kick off the night. They even managed to squeeze in a “Blondie” cover – good job guys. 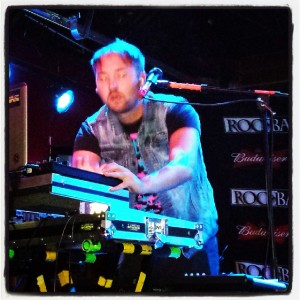 A Life of Science (think Girl Talk meets Spandau Ballet) took the stage and blended multimedia and original vocals that had feet and bodies moving. I liked them a lot. By the end of their set they had won over the crowd as well.

From the very first note, Zero Zero had command of the crowd. It’s hard to believe that from the absolute blast of fuzz coming from the stage they are only a three-piece band. Great guitar licks, blazing really, and tight drums all lead by Nicole: their lead singer and keyboard player who absolutely had the crowd in the palm of her hands. The band sticker thrown from the stage was a nice touch. My apologies to the person I knocked to get one…

To say that I was impressed with Tigerface would be an understatement. In talking to the guys before the show, I found them to be crazy polite and soft-spoken. Obviously they were saving their energy for their show-ending set because it was up freakin’ tempo. The combination of hard-pounding rock, distorted synth and terrific vocals was hard to ignore. Not sure if I’d classify them as “Electronica” – I’d just say they were great.

As far as the Rockbar goes, the venue is long and narrow. But the sound was great. Good job Rockbar sound guy! 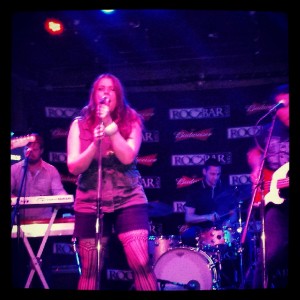