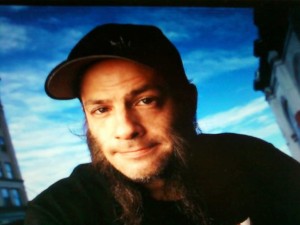 Remember music videos on MTV? I do. But ask someone under the age of 30 and they’ll probably say, “Wasn’t that the channel the “Real World” was on?”

But there is one crazy bunch of metal heads in Mesa, Arizona, who are still are banging out music videos, conveniently to your computer, 24 hours a day: Heavy Metal Television.

Heavy Metal Television, is the very first channel that broadcasts on the Internet that runs like a cable or Dish network, a fact that makes it’s President and owner, Eric Braverman very proud.

“We’re the first to do this. The first to build and run a television network on the Internet. EVER. And it’s happening right here in Arizona,” he says with the enthusiasm of a proud parent. “We’re building something that is long-lasting and sustainable – and we’re not done, man.”

The response to the Network has been astronomical. Over 300,000 unique visits, and because it’s on the Internet, the broadcasts are worldwide. And that’s only in a short 6 months. Braverman plans to work twice as hard this year to increase the viewership even more by adding unique content and, of course, more and more videos.

Broadcasting out of their production studio in Mesa, with IT support in North Carolina, and business offices in Los Angeles, Heavy Metal Television is well on their way to becoming a network the music industry can not afford to ignore.

Fire-up your computer and one of the 8 VJs will play you videos from the gods of Heavy Metal: Thin Lizzy, Black Sabbath, Ozzy Osbourne, Amon Amarth, Butcher Babies and more. You can also catch locals like Job for a Cowboy, Sacred Reich and Saint Madness. But the channel isn’t reserved for signed acts.

“Hey, if a local band has a cool video, we’ll play it, why not? This network is all about giving bands, signed or not, exposure. Not just local exposure, worldwide exposure. That’s something that the record industry can’t do,” he added.

Eric isn’t losing focus on the network’s local roots either. On August 10th, HMT will be holding its first local event – an open audition for VJs at Zia Record Exchange on 19th Avenue and Camelback in Phoenix.

“We’re hoping to find some local talent, we’ll have a panel of judges just like American Idol. I’ll be on that panel so I guess that makes me the Simon Cowell,” he says with a smile. “Who knows? Our next big star could come right out of the Valley and that would be cool.”

Braverman said it’s been a wild 6 months for the fledgling network and, despite the fact that the mainstream media hasn’t really given them a lot of press yet, they will be moving forward.

“We’ve proved we could create a network that brings the cable and Dish experience to the Internet – from Arizona. Now it’s time to make Heavy Metal Television on household name,” Braverman proclaims.