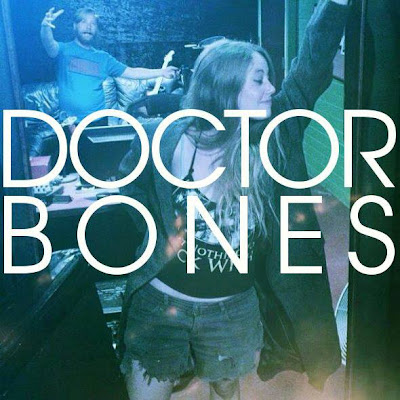 Every band has a different process when it comes to rehearsing, and I’m just nosy enough to ask.

When Yab Yum was exclusively invited to sit-in on a Doctor Bones rehearsal, I jumped at the chance. After all, their fans have been waiting for something new from this Valley favorite for months now and, let me tell you, something new is definitely coming.

Starting over for any band is hard. Starting over with a new singer, a relatively new guitar player, and shit-canning 10 songs because, well, it’s a long story, and having a recording session date looming, that’s almost impossible. But regardless of the challenges, Mike Vigil, Jess Pruitt, Hannah Bones(really), Chad Stark, and Zach E West aka Doctor Bones, are headed full steam into the studio.

“A lot of people don’t know this but we had this recording session scheduled before all this shit happened,” said Jess, bass player for the band.

“We had ten songs written but we couldn’t record them,” added Mike, DB’s drummer, “but then we met Zach, (new lead singer and guitarist), and started writing and rehearsing like three or four times a week, and one night I looked at the 5 of us and asked, “Can we write 5 songs and be ready to record by July 26th? Can we do this?”

The answer, “Hell ya we can do this.”

Before we get rolling, the band did want to get out the word that they have started a Kickstarter campaign to help fund the new EP, The Secrets of El Cortez – a record of heartbreak, struggle and hope. You can find the link at the bottom of the article.

Now onto the songs. Kinda.

They say that you should practice like you play. And I can definitely say these cats follow this rule with gusto. Serious gusto. In fact, I couldn’t really get a good photo of Jess, due to his energetic playing style, a problem the band said that wasn’t out of the ordinary. 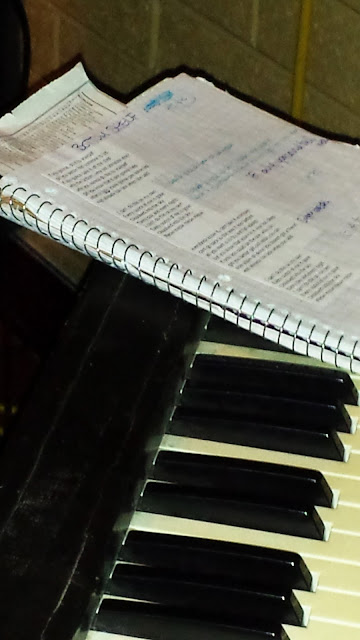 Maybe the vibe was buoyed by the anticipation of the up-coming recording session, but the energy was off
the charts. It just didn’t seem to matter if there was only one person in the room listening or if they were playing to a packed house.

But alas, bound by a double secret handshake, I can’t divulge exactly what the new songs sound like but I can tell you:

• The songs are definitive Doctor Bones, but, in my opinion, better than their previous disc. The spontaneity is still there, if not more – spurred on by Vigil’s drums and Pruitt’s bass, but the structure is much more tight and the guitar and sythn hooks are stupidly catchy.

• Even though Zach and Hannah have only been working together for a very short time, their voices perfectly compliment one another.

• The songs are so new that Mike said, “Let’s do this one.” and started to drum, Chad said, “No, not that one, the other one.” “OK.” he replied, and started another riff. “Yeh, that one,” Chad replied in the affirmative.

• They did break into a couple a very nice grooves in between songs, (which I found out is customary), and sometimes play the theme from, “Home Improvement” that Chad says they have perfected

• In between songs, the band had a discussion about why musicians always use sex as an analogy when it comes to playing music together, but Chad and Hannah wanted to change that to either: “Like eating chocolate cake and being full after one bite.” – Chad, or “It’s like going to Starbucks, knowing it will be good, but it will be the same.” – Hannah.

• Even though each song was very good and I mean very good, I know which one is going to end their set. I mentioned that to the band and they could neither confirm or deny it – they are very secretive. But I still know.

• They do have a show scheduled but, yes, it’s secret.

• I received a pair of ear plugs – and for some reason they didn’t want them back. Weird, right?

Frank Ippolito: Has Zach been the victim of any “new guy” hazing pranks?

DB: No, not yet, but we did let him know about the “no pants” rule in the vocal booth.

FI: OK, so who’s in charge of this shindig?

DB: Depends on what moment it is.

FI: So what’s the rehearsal process like? Most bands do current then new?

Jess: It’s a blend, you know, we’ve been rehearsing these new songs like, three four times a week  – but usually someone brings in a hook or an idea and play it, until it takes shape, structure. 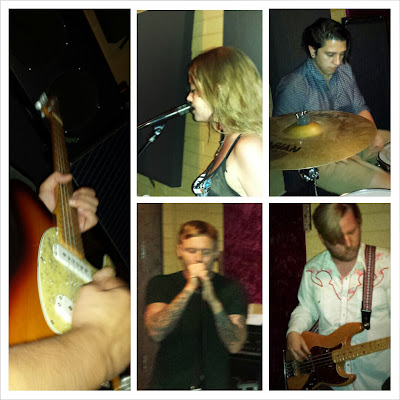 FI: Are there any rehearsal rituals?

Hannah: No, not really. We pretty much get together and go at it as hard as we can and then me and Chad make puppy dog faces at each other and say, “Can we have a smoke?”

Mike: When we were writing we said only one cigarette break or like no cigarettes for at least an hour and half.

FI: What’s next after you’re through this recording process?

Mike: I just want to get out and play it’s been a long time.

Jess: We don’t really worry about that.

Mike: For me personally, I’m excited with the current form of the band. We have Zach, he plays guitar, plays keyboards, has a great voice and Hannah and Zach are developing a great chemistry singing together. And Chad joined after the last cd, and he’s added a ton.

Hannah: Well, Mike and Jess have been together for like a gajillion years, and it’s nice to finally have a solid line-up.

Finally, if the songs sound as great in the studio as they did in practice, I can’t wait to hear the recording. Oh yeah, I know when their show is so I got that going for me.

Their Kickstarter campaign can be found here.