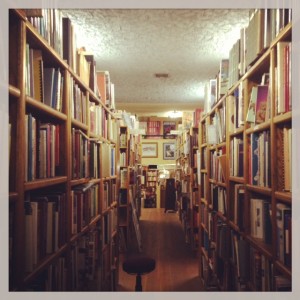 For me, writing music or poetry comes pretty easy. It’s not always good, but it comes easy. But when I try to string together more than 25 words at a time, to craft a plot with several characters and a hefty subplot, and a villain… Well, I get lost pretty quickly.

Trust me. I’ve tried. Several times. So I have immense respect when it comes to novelists.

Here in the Valley, there are three very novel writers that are stringing together a lot of words and creating art. One, an award-winning writer of Teen Fiction – who is well on her way to making her mark in the literary world, one who bends the genre of action adventure, and a yet-to-be published author.

What do you get when you cross a great writer with a nice Jewish girl from Phoenix? You get Amy Fellner Dominy. Dominy can’t remember when she wasn’t writing. In fact, she submitted her first story to American Girl Magazine when she was 13 and promptly received her first rejection letter.

But that didn’t stop her although she didn’t start writing seriously until her late twenties when she tried her hand at romances.

“I wrote 5 novels that never sold. Eventually, I started writing for teens and that felt like a good fit. I wrote three novels before my first one sold,” she said.

Ideas for stories are easy to come for her, but the tricky part is that not every idea is complex enough to make for a good novel. (Hence, my verse-chorus-verse writing style, haha).

It took her 5 years to finish her first novel, OyMG – a story about a Jewish girl who goes to a summer speech & debate camp and discovers that if she wants to win the scholarship prize, she has to hide that she’s Jewish.

Pretty heavy stuff, even for adults.

She said real life inspired the story. When she was about 14, she was fired from a babysitting job when the family discovered she was Jewish. That incident stayed with her over the years, and the idea of hiding one’s identity was the spark that led to OyMG.

Her second novel, Audition & Subtraction, is about shifting friendships and romances set in middle school revolving around the school band. And her third novel is currently in the hands of her editor.

If you’ve got a novel in the works, Amy’s best advice for you is to finish it. Perfecting and revising is great, but if you don’t finish it, you can’t sell it.
_

Mike Pallagi has a sharp wit and rye sensibility, a side of himself he displays in his novel as well as on Twitter and Facebook. And unlike Dominy, who writes for the girl teen market, Pallagi goes for more of the off-beat reader.

Dax Klick and the Ancient City of Bronze is story about a down-on-his-luck blogger, Tweeter, and social media expert who joins up with an Marine expedition through a jungle and live-tweets his experiences. If it sounds like a frolicking adventure that’s because it is.

“I love literary novels as much as I love schlocky pulp,” Pallagi explains. “So I decided to write something that was kind of smart and really fun, but at turns, pretty stupid and terribly absurd.”

The adventure of Dax originally came out as an e-book, but now is available in paperback. A fact that pleases Pallagi because now a whole new segment of readers can get his book.

“It’s a relief that the book is now out in paperback. People who don’t have readers or don’t want to read an e-book on a tablet or PC, which I completely understand, can now get a copy (ever the marketer) at mikepallagi.com,” he said.

When I asked Mike what was next, his answer was thoughtful and profound: The sequel.

As for advice, he gives a more pragmatic answer: “Focus on character, write at least 300 words per day, revise, refine and then publish whatever you come up with – whether you have an editor or not. Life is too short.”
_

During the day, Paul Mosier encourages people to socially invest in green initiatives, and like most aspiring artists, writes in his free time. Paul lives with his wife, Keri, a jewelry artist and two daughters in the Coronado District. And unlike Mike and Amy, Paul’s first novel is yet to be published, but he, like many writers is hopeful.

“I think I have always been a writer, and that it is not really a choice. I remember writing stories as a primary grade kid, and by fifth grade was writing them during class to entertain my classmates, and neglecting my schoolwork,” he said, “I used to make half my living as an artist, so no matter what happens, published or not, we are surrounded by potential.”

But it wasn’t a novel he set out to write – it was actually a screenplay.

“My novel Breakfast at Tuli’s was playing in my head like a movie that had already been shot. Since I tend to plunge right in without reading instructions, I wrote a very novelistic screenplay. It changed considerably in becoming a novel, as I had to choose a narrator – a pet fish in love with the protagonist.”

But the publishing business is a tough one. Especially for a first-time writer.

“I am still trying to find a publisher for Breakfast At Tuli’s, and it’s frustrating. So much depends if a publisher can ‘sell’ it, not necessarily if it’s ‘good’. In the meantime, I’m grateful for the praise and interest in the book,” he hopefully said.

Paul said that he is already halfway through his second novel – a post-modernist fare – with another female protagonist.

“I loved my last lead character so much I thought I would never love another as much, but she’s proving me wrong,” he said.

His advice for writers is sound, sage-like advice: Write for yourself and hope there is an audience. Listen to the Muses, and respect them.

Amy Dominy’s novels OyMG and Audition & Subtraction can be found at her website.

Mike Pallagi’s novel Dax and the Ancient City of Bronze can be found at his aforementioned website.

Paul Mosier’s Breakfast at Tuli’s can be found at here.